Skip to content
30shares
Some of the links in this post may contain affiliate links for your convenience. As an Amazon associate I earn from qualifying purchases. 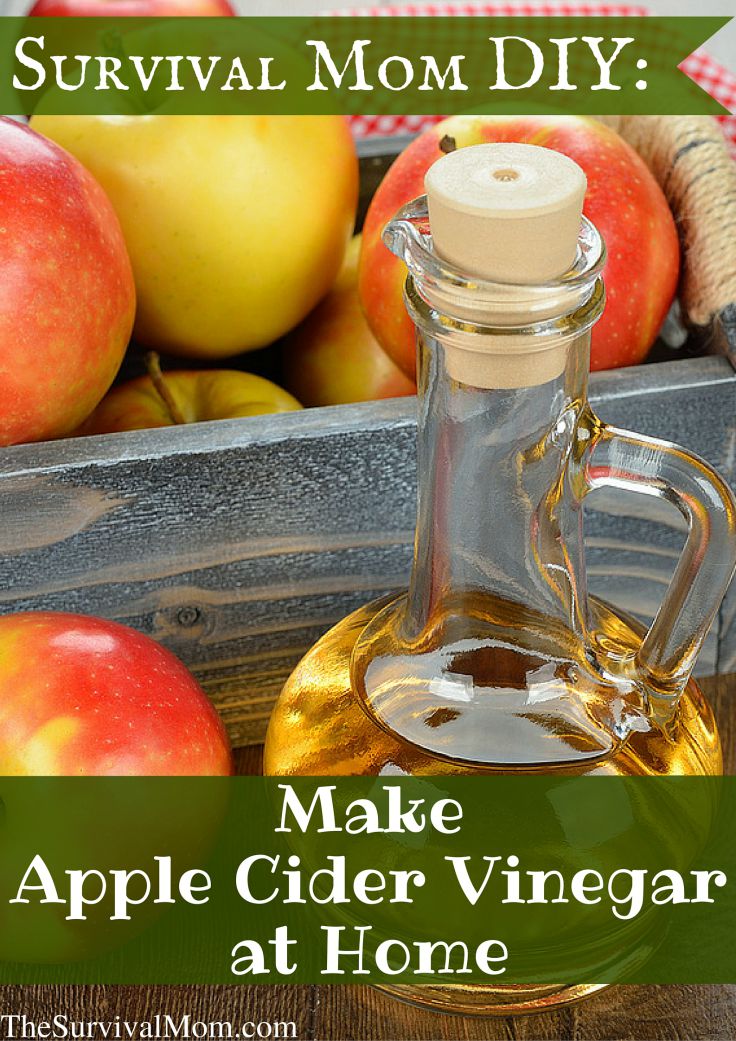 I really love having fresh, raw, organic apple cider vinegar at home for all of its health benefits. If it can help me stay away from doctors offices or hospitals, I”ll take it. I want to avoid the Superbugs that live in those places. (I won’t even pick up those magazines they have sitting around, because sick people have been touching them).

It’s important to get the unpasteurized, raw, organic form. Pasteurizing apple cider vinegar kills the probiotics and beneficial bacteria found in the gelantinous substance called “The  Mother”. If you make it at home, it can be fun, easy, and practically free. I pick the apples from the apple tree in my back yard. They are small, sour, have some bugs, and not good for much of anything. Since they attract a lot of wasps, I decided to pick some of the apples off the ground and do something practical with them.

First, let’s go over some benefits, some of which are backed up by science and some that aren’t. There are home remedies made from apple cider vinegar that many people claim really work for them, even if science hasn’t documented it yet.

According to WebMD: Carol Johnston, PhD, directs Arizona State University’s nutrition program. She has been studying apple cider vinegar for more than 10 years and believes its effects on blood sugar are similar to certain medications. 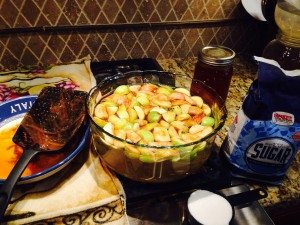 “Apple cider vinegar’s anti-glycemic effect is very well documented,” Johnston says. The vinegar blocks digestion of some of the starch. “It doesn’t block the starch 100%, but it definitely prevents at least some of that starch from being digested and raising your blood sugar.”  I think that is amazing, but it doesn’t mean to increase unhealthy choices. After all, you don’t want to cancel out those health benefits.

Raw, organic Apple Cider Vinegar, (henceforth referred to as ACV)  can help eliminate Candida (yeast overgrowth) in your system. It is often blamed for fatigue, poor memory, sugar cravings, and yes…yeast infections. It also helps break up mucous, so it may help with allergies, sinus infections and other nasty things that go along with it like sinus headache and sore throat.

ACV may help both prevent constipation and diarrhea. (It must be those beneficial bacteria in there helping the G.I. system.)

I wipe down my counters with a solution of diluted AVC. After all, it is a disinfectant, and the vinegary smell goes away after it dries. I think it acts like a deodorizer as well.

I also clean windows with it, and wipe it with crumbled newspaper so it doesn’t leave a paper-like residue. It works just fine. My Grandma Angela taught me the tip about using newspaper instead of paper towels when I was just a kid.

Some people use a 3:1 ratio of water to ACV as a facial skin toner, and say it eliminates blemishes as well. Others said they put AVC on a cotton ball and applied to a wart and bandaged it overnight. I have not personally tried these things, but go ahead and experiment yourself.

We also use a few tablespoons in a quart mason jar of water for a hair rinse after shampooing. It makes your hair silky soft and glossy.

I have a AVC based salad dressing that I make that is really a health elixer. Yum!

It solidifies a bit in the fridge, so leave warm up enough to be easier to mix just before you put it on a salad. I could actually just drink it straight out of the jar!

One of the health food stores I go to sells a popular well know brand of AVC. Under its shelf space there is a sign listing the following information:

Some of the health benefits of raw, unfiltered apple cider vinegar include:

So, I decided it would be great to make my own at home. I began by washing the apples in the sink. Then, I filled my large Coleman cooler just over halfway with cut up apples, cores, and peelings. I mixed in a 4 lb. bag of sugar. I would have done 5 lbs, but now they make the bags smaller.

I covered it with cheesecloth for a few days and kept it in a cool place out of direct sunlight. This gives the natural yeast in the air time to come in contact with the apples and start multiplying in the liquid. Then I close the lid. Every few days, I open it to stir it, smell it, and look for the white mat of gelatin looking like substance: the “Mother”.

Over time (a few weeks), it turns into an alcohol, then into vinegar. I take the apples out around the one month mark, after they have settled to the bottom of the cooler. The remaining liquid remains. My vinegar usually takes four to six months before I think its ready. I like the nice deep amber color that develops. If I opt for jarring it up sooner, it is paler and not as strong because the flavor intensifies over time. It’s just your own personal preference.

Once, it’s ready, I set my cooler up on a chair and stick a bucket under the valve at the bottom. I open it and strain the liquid through a wire strainer lined with a coffee filter, layers of cheesecloth, or non-bleached natural Muslin. Low tech, but it works. After straining, I pour it into pint and quart Mason Jars. I add a little of the “Mother” back into each one. Sometimes even a few Apple Seeds!

I have heard some people who “can” their ACV, but I personally never have.  I have never had a batch go bad on me….yet.

If you do the following step, you may lose some of the probiotic benefits you’re aiming for. But, if you would like try it anyway, just warm it in an enamel lined pan at 150 degrees for 30 minutes and pour into your sterilized Mason Jars. You won’t be able to use this as a “starter” for more vinegar, so save some if you wish to keep any on hand. Give it a try, experiment with different methods, and you can soon enjoy your raw, organic, healthy, and cheap apple cider vinegar.