Skip to content
3582 shares
Some of the links in this post may contain affiliate links for your convenience. As an Amazon associate I earn from qualifying purchases. 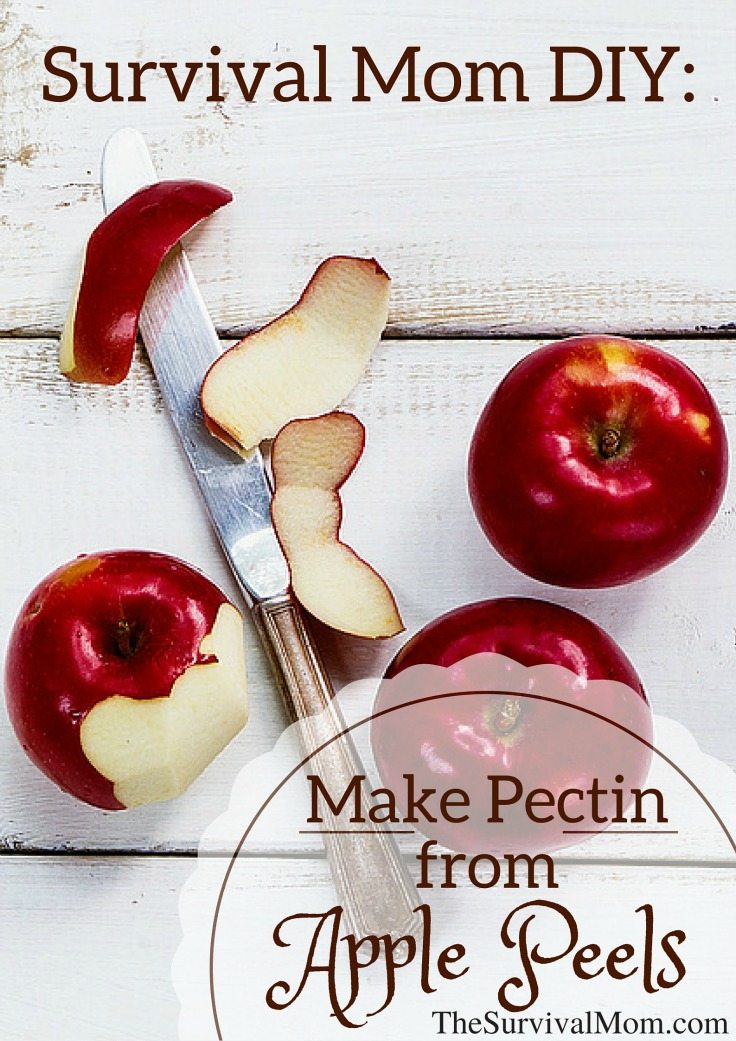 If you make a lot of jam at your house, you probably go through a lot of pectin, whether it come as a powder in a little box or in a mylar pouch as a liquid. But do you know what pectin is or where it comes from? I confess I never thought about it much until one day when I was at the grocery store in the act of purchasing about ten boxes of the stuff. The cashier made a comment like, “I used to really like jam until I found out what pectin is made of. But I guess that doesn’t stop most people.”

I shrugged it off and didn’t reply but of course after I comment like that I had to wonder. What is pectin made of? Bugs? Bovine entrails? One quick Google search later, and I had the answer and it wasn’t anything weird that my imagination came up with. Pectin is technically a set of polysaccarides that are found in most fruits, most commonly in apples and citrus fruits. Commercial pectin is derived from what’s left over from making apple and orange juice.

TIP: Here’s a list of great apple recipes to make — you’ll end up with plenty of peels for your pectin!

Maybe the cashier got a little queasy at the thought, but it doesn’t seem like a big deal to me. On the contrary, I wondered if I could do the same at home. After all, jam has been around since long before mankind had the technology to refine pectin into a powder and package it in brightly-colored boxes. What did people do before you could get pectin at the grocery store?

In the not so distant past, there were two methods for thickening jams and jellies. The first was to allow your mixture of fruit and sugar to cook down for so long that it resembled sludge and much of the fruity goodness in the jam was lost to the heat. The second was to extract pectin from apples in much the same way it is done commercially today, albeit on a smaller scale.

Most recipes and tutorials found online for making your own pectin call for 3-4 whole apples (usually granny smith or another sour baking apple). But there is an alternative that you may find more efficient with your resources. The peels and cores of the apple contain the highest concentrations of pectin, so it is possible to use just these parts of the apple.

My neighborhood is in the throes of apple season right now. Apples are just ripening and many people I know are making applesauce, apple pie filling, apple crumble, and all sorts of other apple-related treats. This also means lots of apple cores and peels in a giant pile on the counter.  Don’t throw them away – use them for pectin!

How I make pectin from apple peels

Before we get started, I will have to confess that making and using pectin in this way is pretty unscientific: no exact measurements or cooking times here. Boxes of pectin usually come with recipes that outline precisely how much fruit and sugar need to be added to your jam to ensure it sets up perfectly. When you make your own pectin, you’re introducing many more variables: the variety of apples you’re using, the concentration of pectin found therein, time spent cooking down and boiling off, etc. There is going to be a lot more trial-and-error in using this method for jam-making. But, for me, that just adds to the fun.

Last summer my mother-in-law gave me an extremely large quantity of apples, and my sisters-in-law and I made them into pie filling. At my insistence, I had them save all the cores and peels. They thought I was weird for doing it, but I didn’t care. This was for science. I stored them in the freezer in regular grocery sacks. Pectin made from year-old deep-frozen apples has indeed resulted in satisfactory jam. I haven’t done a controlled study of how long you can store your apple peels in this way, but you’re probably safe for up to a year.

When I’ve been in the mood to make a batch of apple pectin, I take one grocery sack-full of apple peels and cores and dump it it into my 6 quart stock pot with enough water to cover it. Then I cook the apple mess on medium-high heat until it resembles chunky applesauce. A gentle simmer is considered better than a rolling boil; the full process will take several hours. You don’t have to stand there watching it like a hawk the whole time, but do keep an eye on it and stir it every so often. You will need to add more water as the mixture cooks down to prevent burning.

Ideally, you should wait until the liquid in your cooked apples passes the alcohol test. This is an ingenious method to test how concentrated your pectin is and how effective it will be in jam making. Spoon a little bit of your liquid pectin into a small container of alcohol. Upon exposure to the alcohol, the pectin will clump up. If you can fish out a big clump with a fork (please see the pictures in the linked tutorial) then you have been successful!

I usually find that I need to strain the solids away from the liquid before I can start testing my pectin, however. The mixture gets to be really thick – that is what you want – but it is difficult to use a spoon to scoop up only liquid with no solids.  So, straining.

I do this by lining a strainer with cheesecloth and placing it over a large bowl. If after testing I find that my pectin still has a while to go before it will react the way I want it to in the alchohol, I put the liquid back on the burner and cook off more of the water to make it more concentrated. When completed, your liquid pectin will be fairly thick, not unlike corn syrup. It can be stored in the fridge for up to a week.

This kind of pectin can be used just as you would any other liquid pectin. I would not necessarily recommend using it for freezer jam, but any recipe for cooked and bottled can will do. I find that the set is usually a little looser than what you find with commercial pectin, but it’s still quite nice. If nothing else, it’s fun to try as an intellectual exercise.

Have you had experience with making apple pectin? What was your experience? 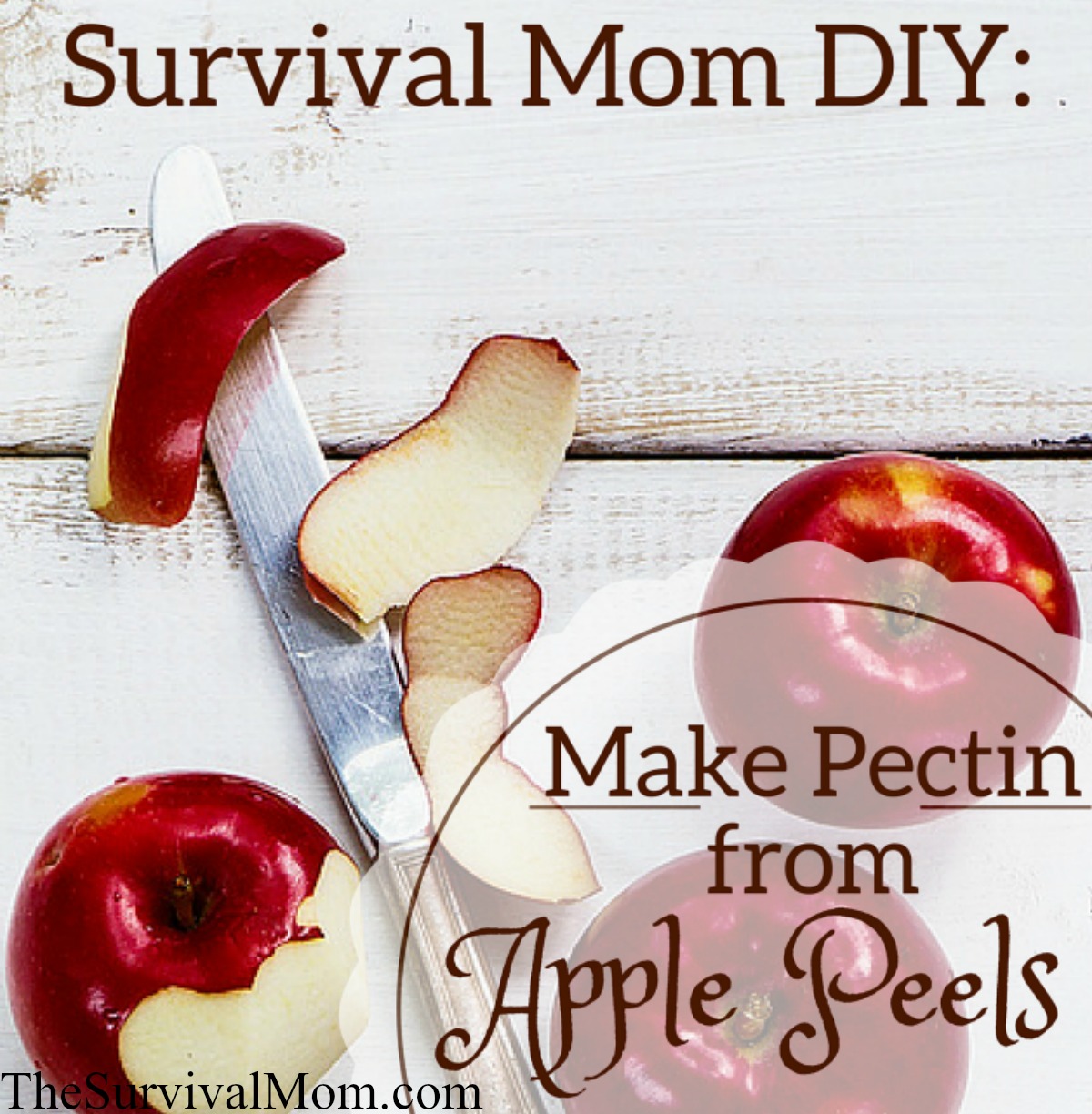