Skip to content
15360shares
Some of the links in this post may contain affiliate links for your convenience. As an Amazon associate I earn from qualifying purchases.

It was the best of times, it was the very worst of times. America’s Great Depression of the 1930s was a time of starvation and subsistence survival for many families. Decades later, many survivors of those years hold on to the survival lessons they learned, from hoarding pieces of aluminum foil to eating lettuce leaves with a sprinkle of sugar. Frugality meant survival. 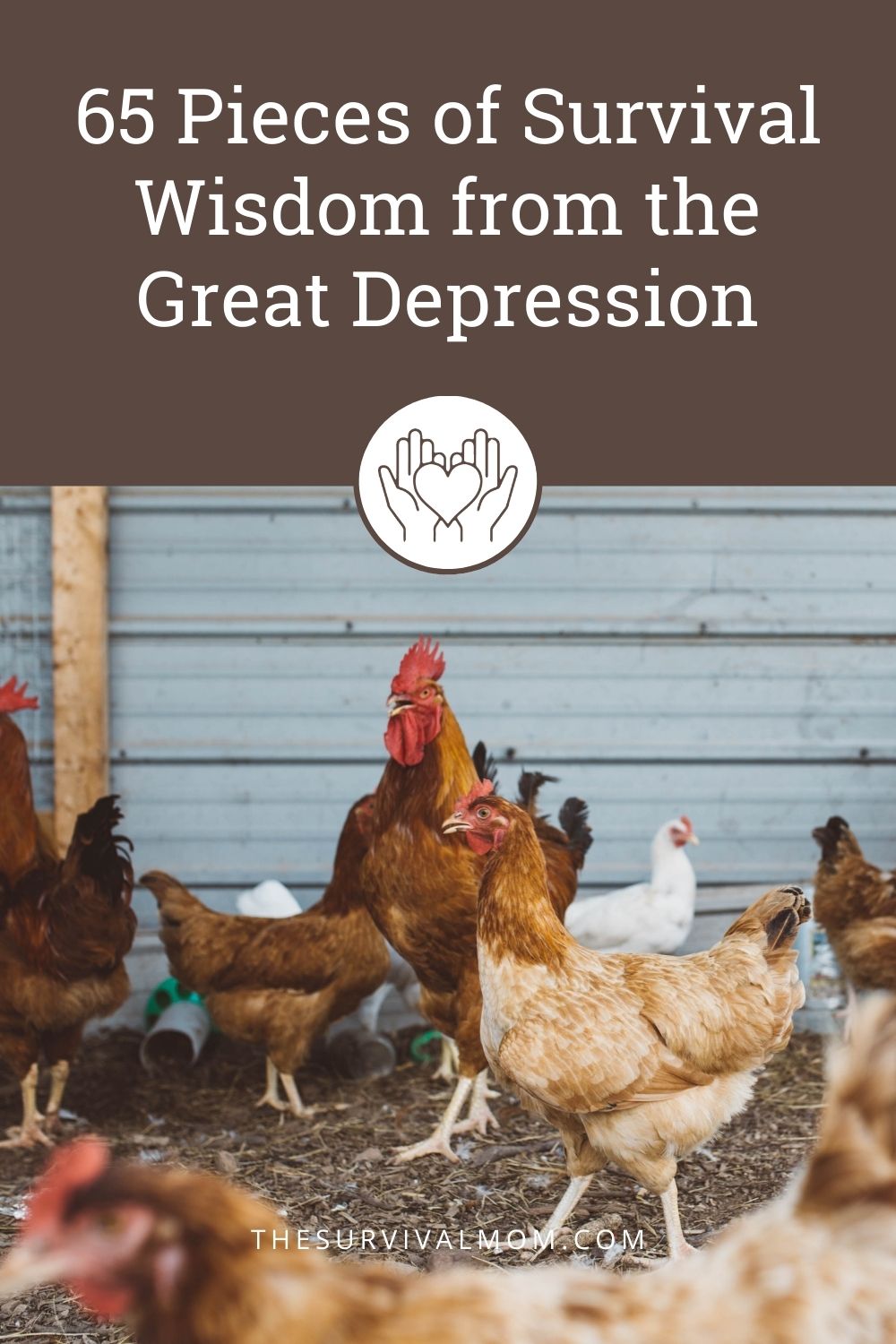 Today, most of us aren’t living quite the same bare-bones lifestyle of the Great Depression, and photos from that era are difficult to comprehend. In a photo from my own great-grandparents, I see a family group wearing tattered clothing, standing on the porch of a dwelling that can hardly be considered something as sturdy as a house. They ate foods that you and I would never touch (take my Great Depression Meals Quiz here.)

Yet, those people, such as this grandfather, went on to ultimately live productive lives with an inner strength gained from having lived through the worst hard time.

I spent some time earlier this year researching the Great Depression years and was most interested in even the smallest life lessons to be gained from those “worst hard times.” There were 3 books that were most enlightening to me: The Worst Hard Time: The Untold Story of Those Who Survived the Great American Dust Bowl , We Had Everything But Money, and The Forgotten Man.

Here are 65 things people did that demonstrated a great deal of survival wisdom:

More wisdom and advice from the Great Depression years