Skip to content
125 shares
Some of the links in this post may contain affiliate links for your convenience. As an Amazon associate I earn from qualifying purchases. 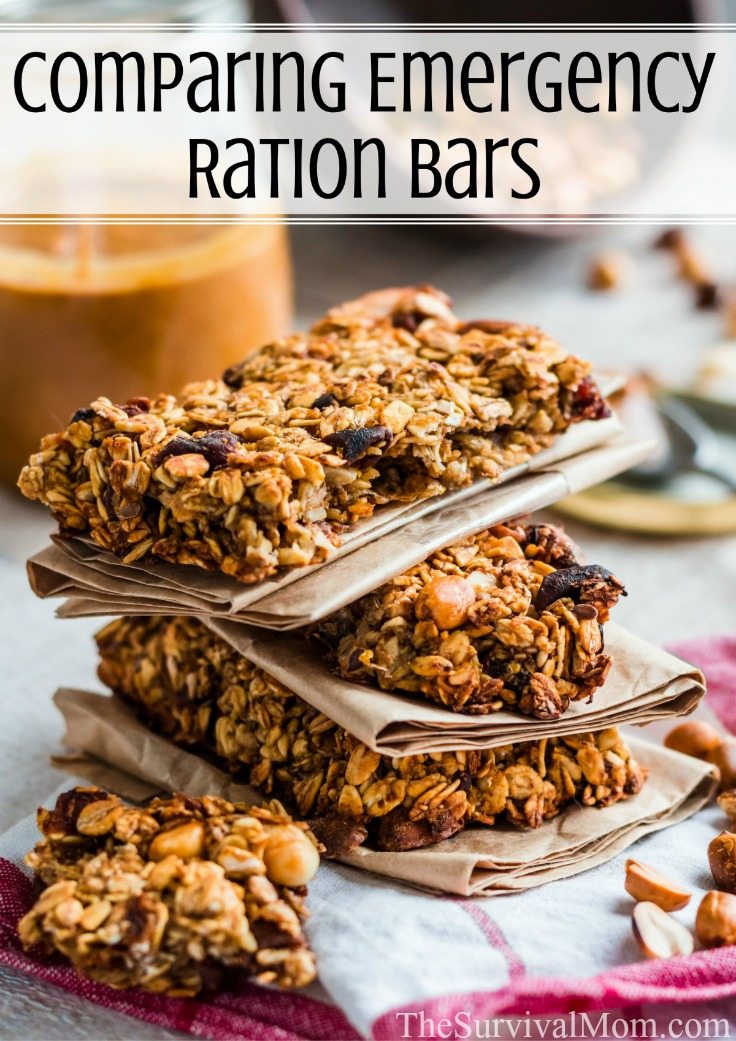 If you’ve explored survivalist and prepper circles for any amount of time, you’ve probably seen those emergency ration bar thingies packaged in mylar. These bars are made by several different companies. They are all slightly different but are usually composed of some combination of flour, shortening, and added vitamins and electrolytes. Recently my dad had this cool idea for our family to do a taste test on as many different brands as we could, to see which one was the best. We had a little party and involved my kids to see which one was the best kind.

Before I tell you our ultimate verdict, I will tell you up front, we weren’t crazy about any of them. One member of our testing panel described the taste as “shortening and horcrux.” It would be a little depressing to have nothing but emergency rations to eat for any stretch of time. Why, then, do they even exist?  This isn’t 1914 any more! This is the 21st century! Are you telling me we have developed EZ Mac technology and people are still buying emergency rations?

All good questions. Outrage over the bland taste is misplaced, however, because emergency rations continue to fill a very specific niche in the emergency preparedness/ military world. In fact, when I set out to look into the history of these things, I discovered an interesting bit of information: they taste like that on purpose.

You’re skeptical. I can tell. But hear me out.

The very first “emergency ration,” that is, a processed food high in nutritive value that doesn’t take up a lot of space, would probably be pemmican, a Native American creation made from meat, fat, and berries. Prepackaged bars first appeared toward the latter end of WWI, but field rations didn’t get to how we know them until the second World War.

Enter the D ration. I just love this story. When military officials approached the Hershey chocolate company about churning out field rations, one of the actual requirements was that it “taste a little better than a boiled potato.” Meaning, I suppose, that they wanted it to taste a bit on the “blah” side. The reasoning behind it was because they were so dense in nutrition, to eat more than the prescribed amount would be a hindrance rather than a help as far as the war effort was concerned. In this they succeeded — D rations were “universally detested for their bitter taste,” and were thrown away just as often as they were eaten.

Modern emergency rations also come with instructions on the package: “Eat one bar every six hours.” If they tasted like Lorna Doones, you’d be in danger of eating the whole package within twenty minutes. A bland taste ensures that you’ll be able to make them last.

What Role Do Emergency Rations Play in Survival?

Datrex bars have written on the packaging, “Approved by the United States Coast Guard.” ER Bars also carry USCG approval and state that they are “specially formulated for emergency victims.” Knowing that the Coast Guard plays a role does provide a degree of explanation. Emergency ration bars, whatever else you think of them, are efficient, light, do not require any preparation, and are compact. The same cannot be said of nearly any other emergency food item on the market. This makes them perfect for stowing into a life raft in large quantities, or for delivering en masse to survivors of a severe natural disaster.

There are many different types and flavors available on the market (or, as an interesting experiment, you could try making your own), and each has its own pros and cons. Our testing panel included three young children who have no sense of propriety when it comes to sharing their emotions. While there was quite a bit of comedic value in their reactions (mostly having to do with the bland taste, which as we have already discussed is a feature, not a bug), after some thought it was determined that no public good could come of making the children’s opinions known to the general public. Here’s a brief and objective synopsis of what there is and how they differ from each other.

Pros: Come in individual packets, which make for easy use. It’s the only bar on the market with a specific flavor. The taste is not unlike apple cinnamon cherrios, but with the texture of compressed flour.

Cons: A little pricier than other brands, and you have to buy them individually, as they don’t come as a three-day supply.

Pros: Comes with multiple bars, each sub-packaged to keep them fresh over a long period of time after the initial mylar packaging is opened. Package is easy to open. Texture most resembled that of a cookie.

Cons: Claims a “superior coconut flavor,” but this claim was not based in fact. Has a strong shortening taste.

Pros: The individual portions are bigger (it is recommended to eat three per day) so the large size means you are more likely to feel somewhat full afterward. Package is resealable.

Cons: One big cake that is difficult to break along the scored lines.

Cons: I will admit that I liked this one the least of all, taste-wise. The main package is harder to open, and the outside plastic of the individual packages feels greasy to the touch. (Survival Mom likes the coconutty-shortbread flavor.)

Pros: The taste is reminiscent of sugar cookie dough. Includes a hint of natural lemon flavor.

Cons: Not individually wrapped, all one giant cake.

In the end, my family settled on the Mayday Apple Cinnamon bars as the clear winner, with the Mainstay Emergency Food Rations as a close second. However, everyone’s taste buds experience things differently. If convenience and practicality is more important than taste, then my recommendation would be the Datrex bars, because of the ease of opening the package and the convenience of having individually wrapped portions.

If you are serious about making emergency food rations a part of your overall preparedness strategy, I encourage you to purchase a small amount of each variety and embark upon your own taste tests. Holding a taste-test party will be helpful for children, because if they have to eat them later they will have the satisfaction of knowing that they had a hand in choosing what kind to buy. Emergency rations are quite a bit different from other preparedness food, so it is wise to expose the kids to it prior to an emergency.

Have you had any experience eating emergency rations? We’d love to hear all about it in the comments. 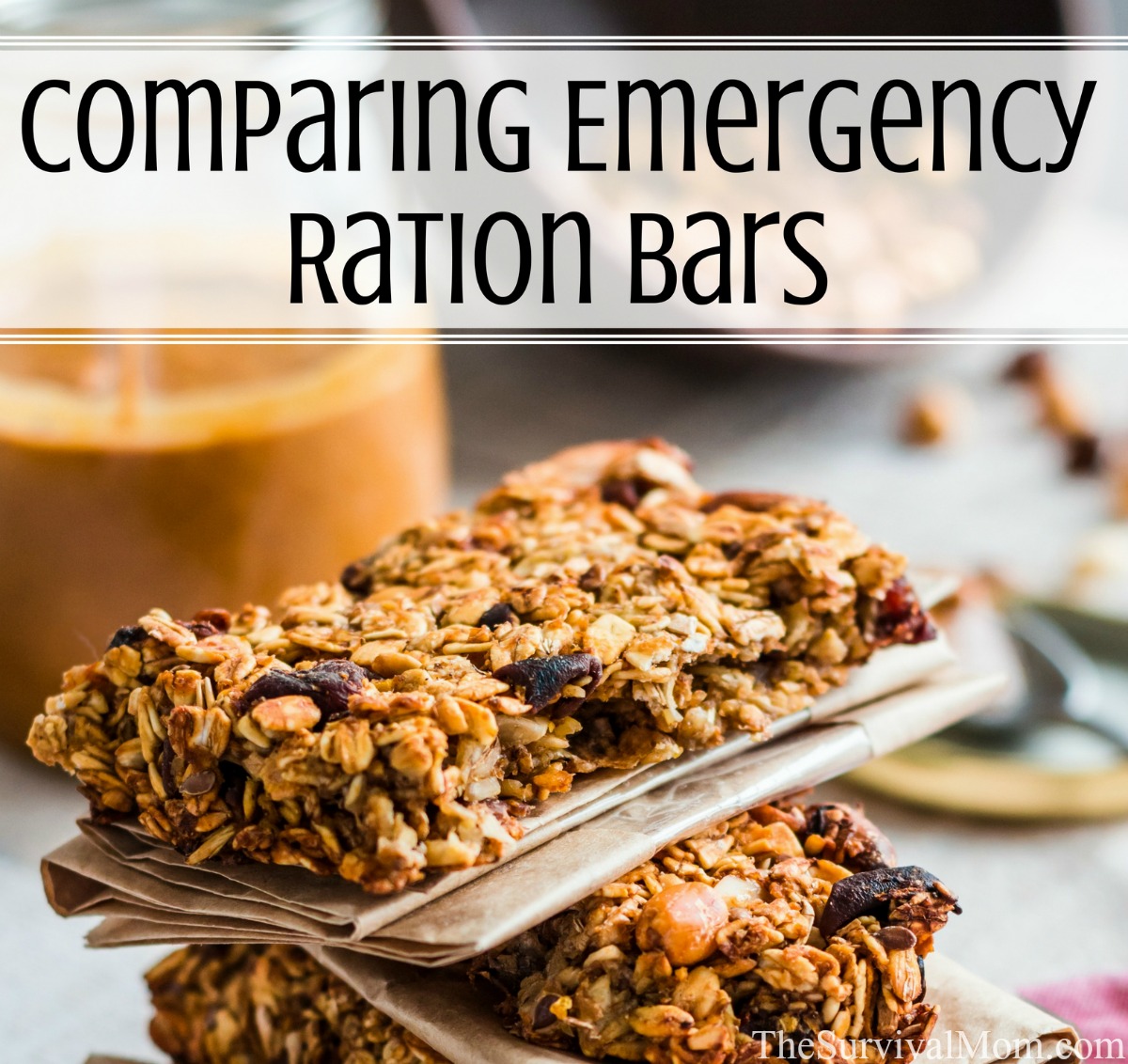