Skip to content
67 shares
Some of the links in this post may contain affiliate links for your convenience. As an Amazon associate I earn from qualifying purchases. 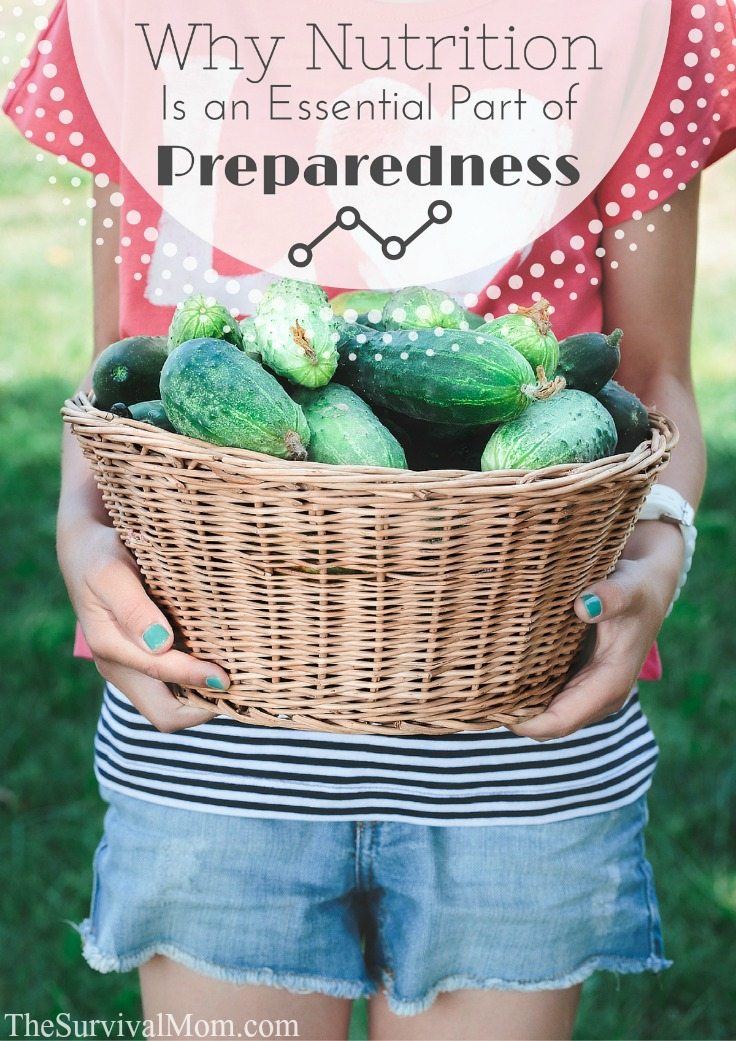 When you start acquiring your long-term food storage supply, you should keep nutrition and variety in mind. Nutrition is considered a matter of course, but we don’t often think about the importance of having a varied diet. What we think about even less is how nutrition and variety often go together. When you were growing up, did your mom ever tell you to make sure the things on your dinner plate were all different colors? There is a reason for that.

They say that variety is the spice of life, and no one understands this better than the typical college student who exists mostly on ramen noodles and peanut butter and jelly sandwiches. I, myself, subsisted primarily on cup-o-noodles, sun chips, and apple juice during my last semester of college. A bland, unvaried diet gets old really fast. Many cookbooks like this one have been written to help college students get beyond boring and not very nutritious meals.

Now, most of us, when we think of “nutrition” immediately think of the phrase, “don’t eat junk food all the time.” Junk food can definitely have a severe impact on your heath, but it usually manifests as weight gain and lethargy. When I talk about nutrition, I am referring to the practice of eating enough of all the things your body needs to prevent it from developing a deficiency. Believe it or not, it’s entirely possible to eat this way on a food storage pantry diet.

Monotonous meals are boring to eat, and therefore, not very good for morale. (Never underestimate the importance of morale when it comes to preparedness!). Boring, repetitive meals can also be bad for your health. Eating a narrow range of foods can put you at risk for numerous nutrient deficiencies. Which ones you develop can depend on which nutrients are absent in your diet. All are unpleasant, and all can, unchecked, result in death.

Most of us learned about scurvy (vitamin C deficiency) in middle school. Other conditions due include beriberi (thiamine deficiency), and pellagra (niacin deficiency), kwashiorkor, and marasmus. The latter two disorders are caused by to starvation in general, but beriberi and pellagra can turn up in people who have plenty to eat, surprisingly. They are not starving and often have full meals.

Beriberi is often found in regions of the world where the main staple is polished white rice. Rice has a much longer shelf-life when the husk and bran are removed, but this process also removes much of the rice’s nutritive value. The Southern United States suffered from a Pellagra epidemic in the early 20th Century. Most of the low-income people of that time and place subsisted primarily on ground corn, which by itself is deficient in niacin. Today in the United States, all white rice and cornmeal is enriched with nutrients before being packaged for sale. Check out this easy recipe for Super Rice as a way to increase the nutrients in white rice.

“An Edible History of Humanity,” by Tom Standage, illustrates the connection between nutrition and variety of foods very well. He points out that our hunter-gatherer ancestors were actually healthier than their agricultural descendents.  This conclusion is based on forensic examinations of ancient human remains. As hunter-gatherers, our ancestors ingested a wide variety of things (berries, grains, nuts, meat, tubers), instead of living on a diet made up of almost exclusively bread and beer once wheat became domesticated. Their foraging skills were keen, something we should all learn to do, no matter where we live.

Skeletons dating from the early period of agriculture are shorter, and contain poorer dental health compared to their early hunter-gatherer counterparts. (Lest we overly romanticize hunter-gathering, Standage also mentions that agriculture allowed for more economic stability, which was a definite plus even if the price for that stability was a few inches in height.)

Most of us learned in 9th grade biology that the entire structure of the human body consists of only a handful of amino acids put together in different ways. Most of these we can synthesize ourselves, but some must come from the foods we eat. Luckily, with our modern economy, fulfilling those needs is as simple as a trip to the grocery store. Eggs, milk, bread, veggies, maybe a steak for dinner, and check. Your body has what it needs to thrive.

Because very, very few individuals in Modern America develop nutrition issues, the importance of eating a balanced diet is overlooked. And because of the massive availability of food, and the practice of enriching things like breakfast cereal, white flour, rice, and cornmeal with nutrients, we don’t even think it’s a huge deal. We take for granted the non-scarcity of everything, and don’t appreciate how tenuous our system is, and how reliant on shipping. “Eating your vegetables” has become a moral issue, something that good little boys and girls do if they want to please their mothers, when it should be a basic health issue.

Those who survived rationing during the second World War have a much better understanding of why we tell people to eat vegetables and drink all their milk. There was great concern in Great Britain during this time period about procuring adequate sources of vitamin C; people picked rose hips and preserved them in syrup to be taken as a tonic to prevent against scurvy. Here’s an article I wrote about World War 2 and food storage.

How to Store a Balanced Diet

So with all this in mind, what should you put in your long-term food storage to keep your family healthy during a crisis? Thanks to food storage companies like Thrive Life, you can get just about everything you can think of in a #10 can: fruit, vegetables, pasta, quinoa, instant meals, even cookie mix. Pretty much anything you can think of that is used in every-day cooking has a food storage analog. If you don’t already have some of these things in your food storage, I’d encourage you to get some because of all the many reasons listed above.

Some people are hesitant to spend money on freeze-dried strawberries because it seems like a luxury item and not a staple – strawberries are lovely, but won’t keep you full. I would argue that it’s worth the money. Strawberries are a great source of vitamin C, plus there’s that little issue of morale I mentioned earlier.

Freeze dried fruits and vegetables are highly recommended because of their very long shelf life when unopened and the fact that they retain nearly all their nutrients. You can browse through all Thrive Life produce from this website.

If you haven’t already tried your hand at gardening, that’s something you should look into this very next spring. Brassica vegetables are a good choice, being a great source of vitamin K. They are easy to grow (except maybe for cauliflower – I can never get that stuff to work for me!), and grow quickly. And, being outdoors increases your own Vitamin D levels, even if you have a very black thumb!

In a pinch, if you have already exhausted all sources of vitamin C and have no more cans of freeze dried strawberries, you can eat sprouted grains of wheat. Learning to sprout seeds is an incredibly easy way to add nutrients of all types to your diet. Read this to learn how.

Warning: this does not work with all grains. Sprouting rye is not a good idea; the risks of contracting Ergotism from moldy rye outweigh the benefits of vitamin C. 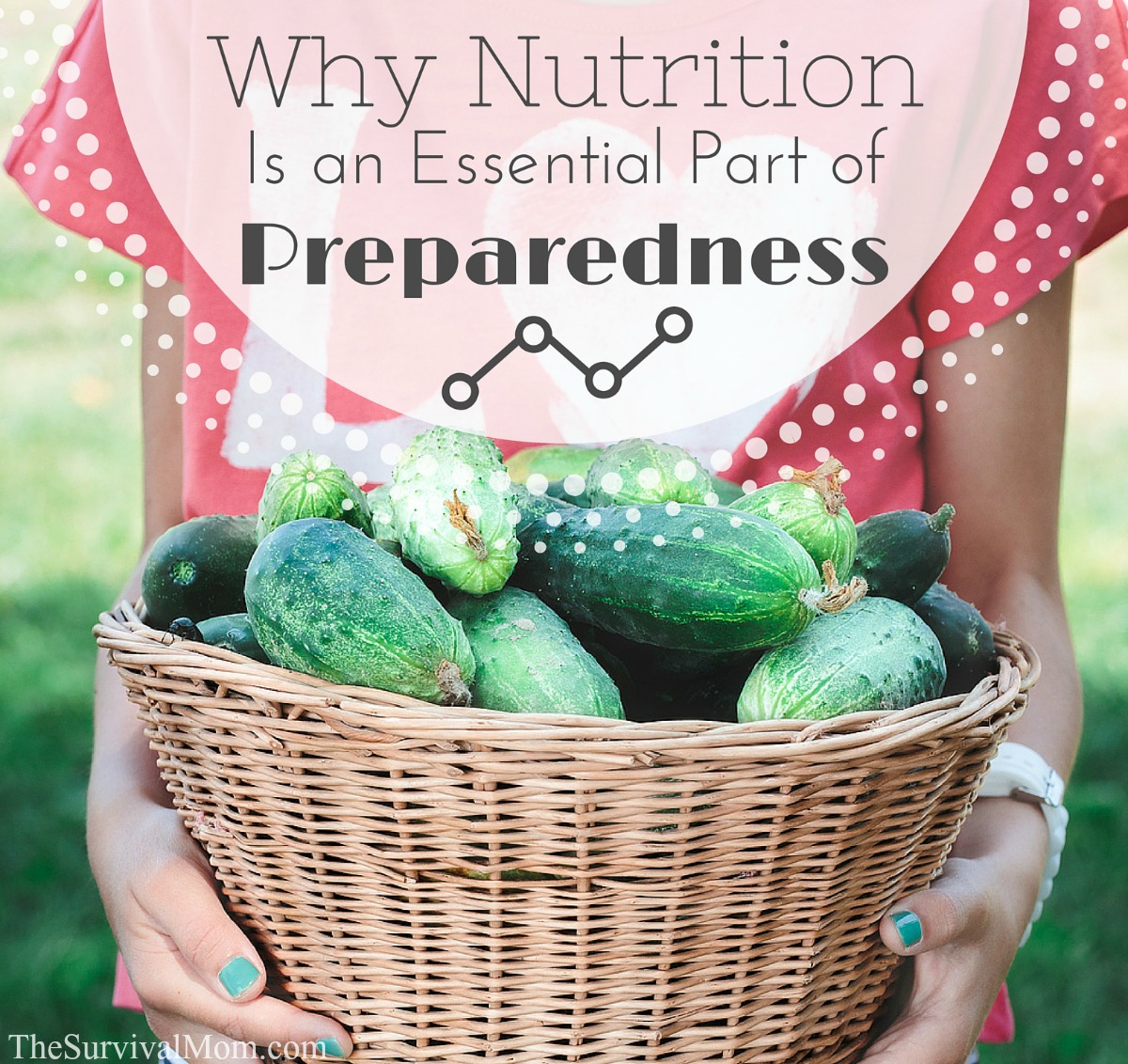 4 thoughts on “Why Nutrition is an Essential Part of Preparedness”