Skip to content
116 shares
Some of the links in this post may contain affiliate links for your convenience. As an Amazon associate I earn from qualifying purchases. 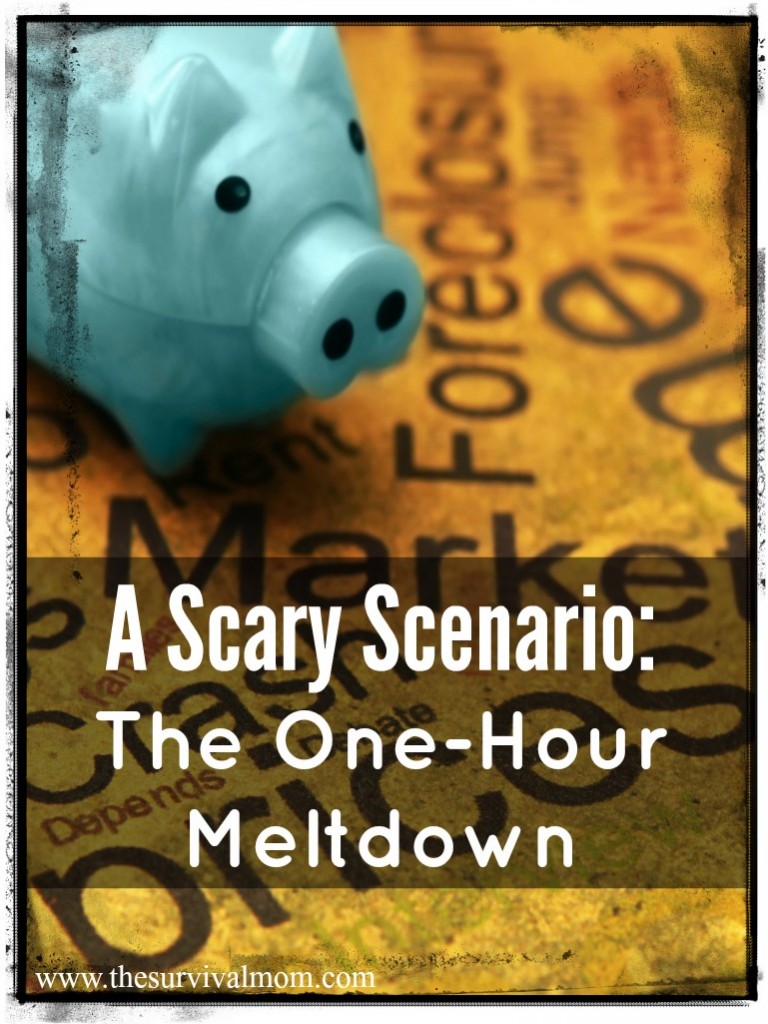 Every once in a while I read something that stops me in my tracks and slaps me up the side of my head, as my dad would say. Years ago it was the book Patriots by James Wesley Rawles. The picture he paints of a possible TEOTWAWKI* scenario was just ghastly. For weeks afterward I had visions of our family foraging for edible roots and berries in the forest and collecting water in a solar still, all the while ducking bands of cannibal motorcycle gangs!

As I’ve been prepping and learning more, I have found other plausible future scenarios that are just as appalling, and yet don’t seem impossible. One Second After, reviewed here, describes a possible EMP (ElectroMagnetic Pulse) event that takes all our tech back to the pre-industrial era. That includes systems like power transformers, sewage treatment plants, and many more that we take for granted in our day-to-day lives. Day of Wrath, also reviewed, is about a terrorist attack.

The reality-based fictional possibilities are seemingly endless…and that doesn’t begin to touch on real-life events like Hurricane Sandy, the Polar Vortex, or Ebola!

There are warning signs of how fragile our system is, and when one begins connecting the dots and think about chain reactions (haven’t you seen the grocery store run out of milk before a storm?), all of a sudden it doesn’t seem so crazy after all to begin prepping.

What is coming up next year?

I have to admit that over the past 11 years, I’ve become a little hardened, maybe even a little cynical, about headlines proclaiming that this year everything will collapse. It was said about 2014, 2015, 2016, 2017… well, you get the picture.

A girl can almost get weary waiting for the end of the world to happen!

If Economic Cycle Theorists Are Correct, 2015-2020 Will Be Pure Hell For The United States (Gotta love headlines like that! No fear-mongering there, that’s for sure!)

Economic Collapse Headed for U.S. in 2015

and one more, just for good measure…

Will 2015 Be A Year Of Economic Disaster? 11 Perspectives

Well, one scenario that was laid out many years ago, July of 2009, seems to be just as prophetic now as it did then.

Written by Robert Wayne Atkins, it’s a pretty detailed account of what could cause an economic collapse in our country and what the results would be. I’m sure by now there are even more details that people “in the know” could add to his information about how banks and the government will react to such an event.

Keep in mind, this is only one possible future scenario. No one knows what is going to happen, and if they say they do, they are just trying to scare you out of your money because, trust me, they have a side business just itching to sell you “survival food”, “survival seeds”, a bunker, and a zombie-killing hatchet.

For your information and comments, here is the official One-Hour Meltdown.

* TEOTWAWKI – “The End Of The World As We Know It”, a term coined by Mike Medintz.

57 thoughts on “A Scary Scenario: The One-Hour Meltdown”