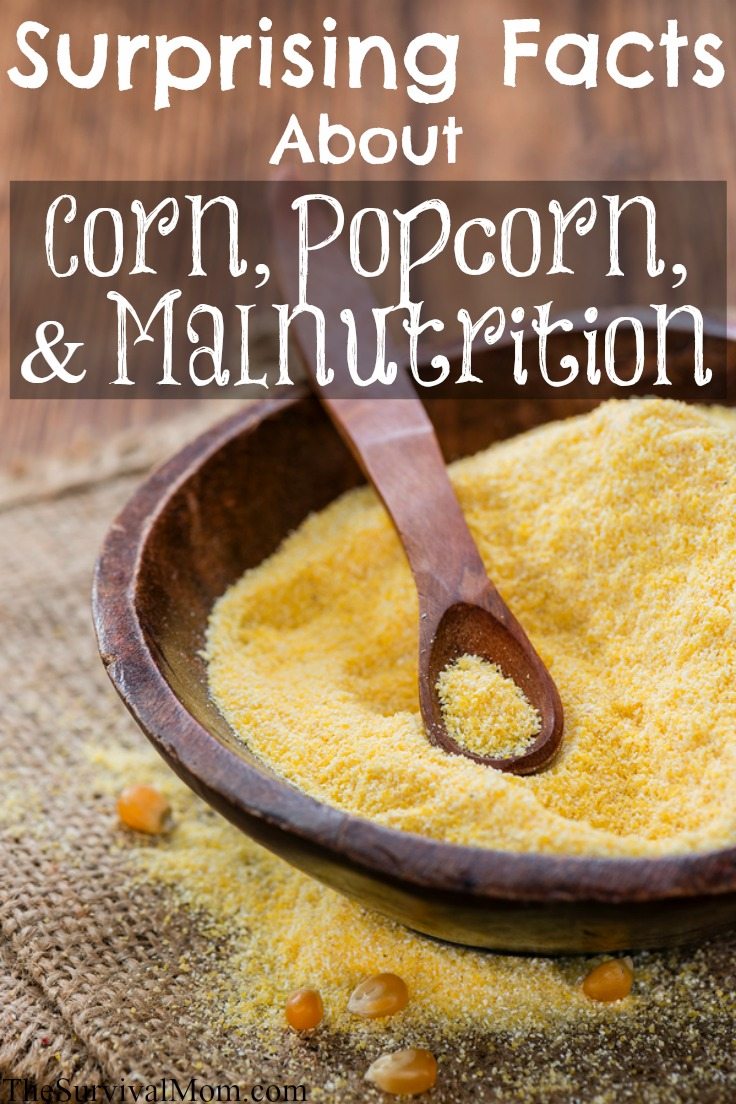 This is the first in a two-part series addressing the practice of making homemade cornmeal out of popcorn. In this first part I will address the dietetic science that shows why this is a bad idea and some surprising facts about corn, popcorn and malnutrition. The second part will address other things that can be done with corn that are much better for you than grinding it into cornmeal.

All about corn, popcorn, and malnutrition

Regular pre-ground cornmeal has a relatively short shelf-life. Five years is the usual rule of thumb. Unpopped popcorn, however, can be stored for decades under the right conditions. Someone put two and two together and figured that grinding popcorn into cornmeal as needed would be a decent solution to this problem. I’ve heard people insist that it is more nutritious than cornmeal from the store, “…which has the bran removed,” and that it tastes better.

I must admit that I have not tried it myself, so I can’t say that I can speak with authority about the taste, but I will tell you that it is not nutritious. In fact, if you made ground popcorn your primary staple you will put yourself at risk for contracting a lovely little disease called pellagra. Pellagra and its relationship with corn is one of those things that intersects food, history, and science.

Popped popcorn, when it is not smothered in fake butter and preservatives, is very good for you. It is high in niacin and fiber, and low in calories. Corn tortillas made from cornmeal, have undergone processing of their own and are similarly nutritious. The peoples of Pre-Columbian America built their empires on corn.

If a corn tortilla is good for you, corn muffins from ground popcorn must be just as good, right? Wrong.

Prior to processing, the nutrients found in corn, niacin, in particular, are inaccessible to the human body. In order for our bodies to absorb all the good stuff, corn must be either cooked with an alkali to form nixtamal (pronounced “neesh-tamal”), or popped. Eating corn meal from unnixtamalized field corn or unpopped popcorn is nutritionally equivalent to eating a cardboard box.

When corn was first brought back to Europe from the New World, Europeans really liked the idea of eating corn. Unfortunately, they didn’t understand the value of nixtamalization. To them, it was an unnecessary step. In places where corn became the primary staple, people started getting this “strange disease” that caused skin lesions, neurological problems, and death. This disease was pellagra. In the Southern United States alone, pellagra accounted for more than 100,000 deaths. Pellagra was also widespread in Spain, France, and Italy. Only in the early 20th Century did scientists figure out that pellagra was caused not by a toxin found in corn, as previously thought, but a niacin deficiency.

This is the reason why food companies fortify our breakfast cereals. If you grab a box of cornflakes, in particular, or regular store bought cornmeal, you’ll find niacin and folic acid on the list of ingredients. This does not constitute the native vitamins already found in corn, but synthetics that are sprayed on. Those spray-on vitamins are both a good and a bad thing. Good because when the FDA began to require niacin fortification in cornmeal, pellagra all but disappeared in the United States. Bad because there is some concern that synthetic vitamins do not behave the same way inside the human body.

Additionally, many nutritionists caution against eating highly processed foods that have more than 5-10 ingredients on the label, which leads some to actively search out unfortified corn products. Thrive Life Cornmeal, for example, lists only one ingredient on its cans of cornmeal: Ground Yellow Dent Corn.

This is not a step towards better health

Grinding popcorn for cornmeal is not going to be any better for you than grinding dent corn. In fact, it would be worse because the structure of a popcorn kernel is different from a dent corn kernel. Popcorn has a much thicker pericarp – that’s the bit that gets stuck in your teeth – and a much smaller amount of starch per kernel.

If you have a reasonably well-balanced diet, it’s unlikely that you or anyone you know will actually develop pellagra and die from the odd batch of cornmeal made from unfortified corn. But don’t kid yourself: cornmeal, and especially popcorn cornmeal, is empty calories. That’s a luxury that will come at too high a price in a survival situation, where you must make every calorie count towards optimal nutrition.

Cornmeal in your food storage pantry isn’t a bad thing, but add other foods rich in Vitamin B3 and, in fact, B3 nutritional supplements as well. Food to consider are:

This is not to say that you should not store popcorn at all. When properly stored, popcorn can have a shelf-life of 15-20 years. Be sure to also store a small amount of (regularly rotated!) cooking oil or other fat along with it, so that you can pop it.

Stay tuned for my Part Two popcorn article, in which I will talk a little more about what you can (and should!) do with corn that will keep you well-fed and healthy: nixtamalization, masa, and tortillas.

For further reading, I recommend, Red Madness by Gail Jarrow, about Pellagra in the deep South and “Pellagra: Curse of the Unprepared“, an article by Liz Bennett. 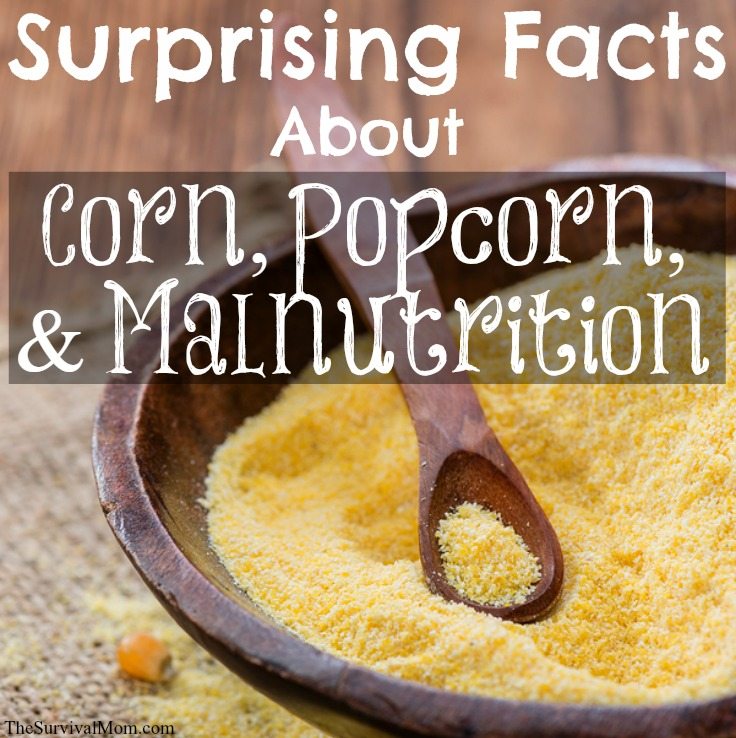 22 thoughts on “Surprising Facts About Corn, Popcorn, and Malnutrition”