Skip to content
20shares
Some of the links in this post may contain affiliate links for your convenience. As an Amazon associate I earn from qualifying purchases. 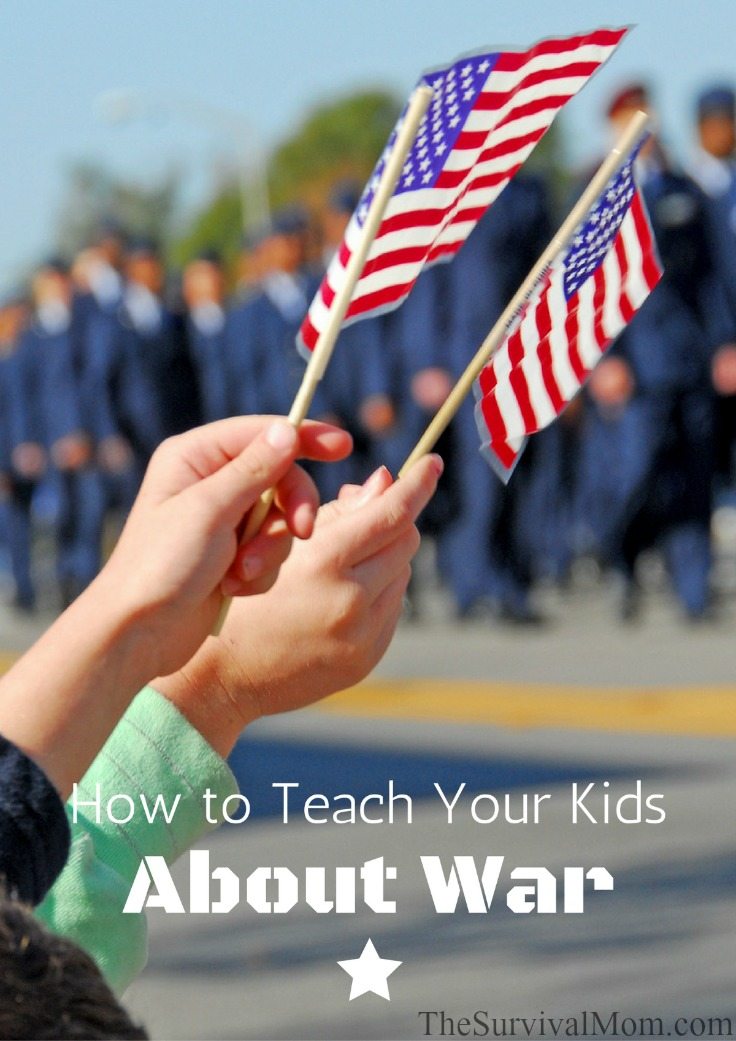 I sat in my 6th grade classroom in January 1991, when an announcement was made over the loudspeaker stating the war with Iraq had begun. The classroom was located on a military base in Japan and some of the students’ parents were deployed for the war. Some students sat stunned, some started crying, and a few laughed, not knowing at such a young age how to handle their emotions. Whenever there is war, there are children who have to find a way to deal with the suddenly changed state of the world around them, such as the young daughter of this pilot mom who goes off to war.

(I still question the decision of the school to make that announcement instead of leaving it to the parents, but that is what they thought was best.)

As a military brat and wife, I’ve often been a step closer to the wars our country has been part of than the general population. During Operation Desert Storm, we were stationed at Yokota Air Base, Japan, and security was tight. Every sign that could be seen from off the base was covered up. We had to carry our military identification card every we went – even on base. We baked cookies for the troops, and I joined a program where older students tutored younger students who had a parent deployed.

My father was in the Pentagon on September 11, 2001, and survived because he was on the other side of the building that day. The day before, he was in a meeting at the exact place where the plane crashed. I’ve had friends, coworkers, friends’ husbands, and my own husband deploy. (This book is an excellent depiction for kids of life without a parent who’s been deployed.) A friend of mine married a war widow who had a young child. For me, the wars have always been front and center in my world, not just something to read about in the newspaper.

There is a distinct possibility that the current War on Terror will come to our shores, and many believe it already has. For an unsettling fictional account of this, read Day of Wrath by William Forstchen. Our children may grow up where war is a constant thing, and not just across the oceans but right here on American soil. How can we prepare them to deal with wartime?

Tell them the age-appropriate truth

Children will need to be told what is going on and how it will affect them. If you have children in school, they will probably eventually hear things from other students or friends, so you will want to talk with them first. It would be good to try and think of what questions they may have and formulate your responses before bringing up the subect. However, some questions may come up that you aren’t prepared for. If you need more time to consider your answers, tell them so, and make sure to get back to them. If you have young children, you may want to be careful how much news they see or hear as some pretty horrific events have been happening lately.

Everyone’s family tree is unique and most children have a built-in curiosity about where they came from. Our own family history is full of men who served their country, including one who was a POW in Germany and another that survived the Bataan Death March and a Japanese prisoner camp. You might have a relative that invented something, published a book, or always won best cookie at the state fair. These stories let children know that people related to them have done worthwhile and interesting things and have survived hard times. How did your family come to America? What did your relatives do during the Great Depression? How did they sacrifice for the country during wartimes?

Teach them country and world history

Knowledge is power. As the saying goes, those who don’t know history are doomed to repeat it. Knowing the history of your own city, county, state, country, and world lets you put current events in perspective. If a war changes the world drastically, those who know history are the ones who will carry those facts to another generation. Knowing history also lets you know how the world got to the point that it is at right now. Watch documentaries, read historical fiction, visit historical sites and take the guided tour, sign up for free online history classes. If your children are learning about a specific area in school/homeschool, bring it alive to them by visiting a local museum that has artifacts from that time period. I never liked history growing up because I just learned it from a textbook. I started becoming interested in European history while living in Germany in high school. Once I was an adult and visited Gettysburg and Washington D.C., I developed an interest in learning U.S. History.

Your family and your faith should be the center of your world, and making it the center of your children’s world will give them a solid foundation as they go through life. Even if you don’t have a certain faith, you probably have a certain set of standards you try to live by and want your children to live by. Talk about what you believe over the breakfast table. Have children share how they lived it out at the dinner table. Memorize Bible verses or quotes that inspire courage, confidence, and other traits you would like your children to absorb and practice.

During wartimes, there are things that even children can do to feel like they are supporting their country. Supporting troops can be as simple as sending an e-card or as involved as putting together care packages. In 6th grade, I made cookies and in high school, I made fudge and we sent it to the troops for Christmastime. Learning to garden and sew were key contributions during World War II – the skills may be needed again someday.

There can be heroes in your own family – tell them those stories over and over. The single grandmother who worked three jobs to put her kids through college. The uncle who caught fish and hunted to feed his family during the Great Depression. If you don’t know much about your own family’s history, this is a good time to start asking!

There are also fictional and historical heroes to tell children about. Read them stories upon stories of good versus evil where good triumphs. It gives children hope. If someone else, even a fictional character, has overcome hard times and challenges, they’ll be inspired to believe they can, too. These stories fill all of us with courage and give positive role models. The books on this list are a good start.

As you do these things, consider, as a parent, the worst-case scenarios. What things do you want your children to know and have with them if they are separated from you or if you pass away? It’s a hard thing to think about, but it will help you focus on what is important to you and what you want to pass on to your children. Consider a small notebook and/or photo album for their bug-out-bags that has family photos, history or key things you want them to know.

For more help in preparing your children for wartime, visit some of these helpful sites: 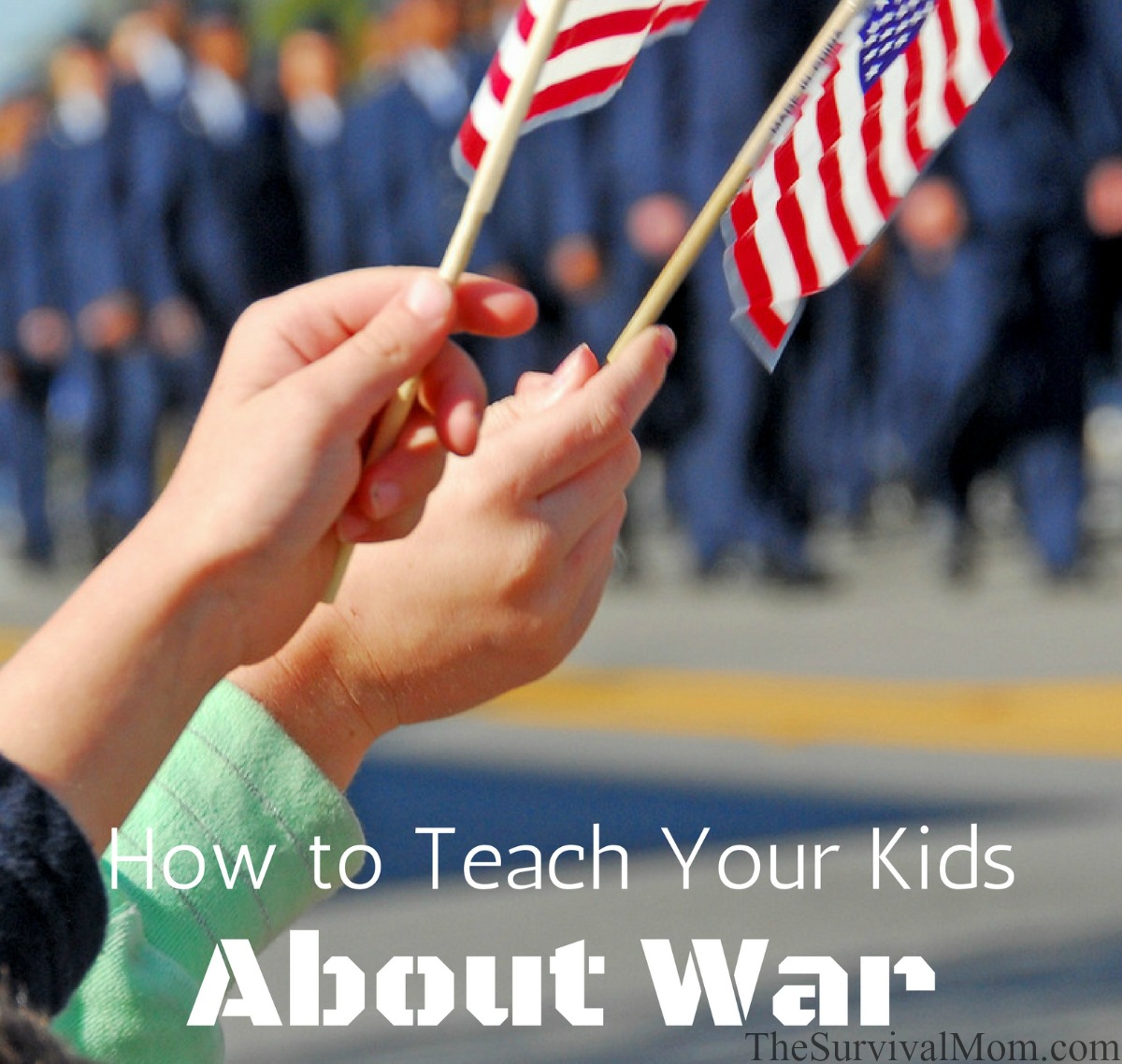 7 thoughts on “How to Teach Your Kids About War”