Skip to content
108shares
Some of the links in this post may contain affiliate links for your convenience. As an Amazon associate I earn from qualifying purchases. 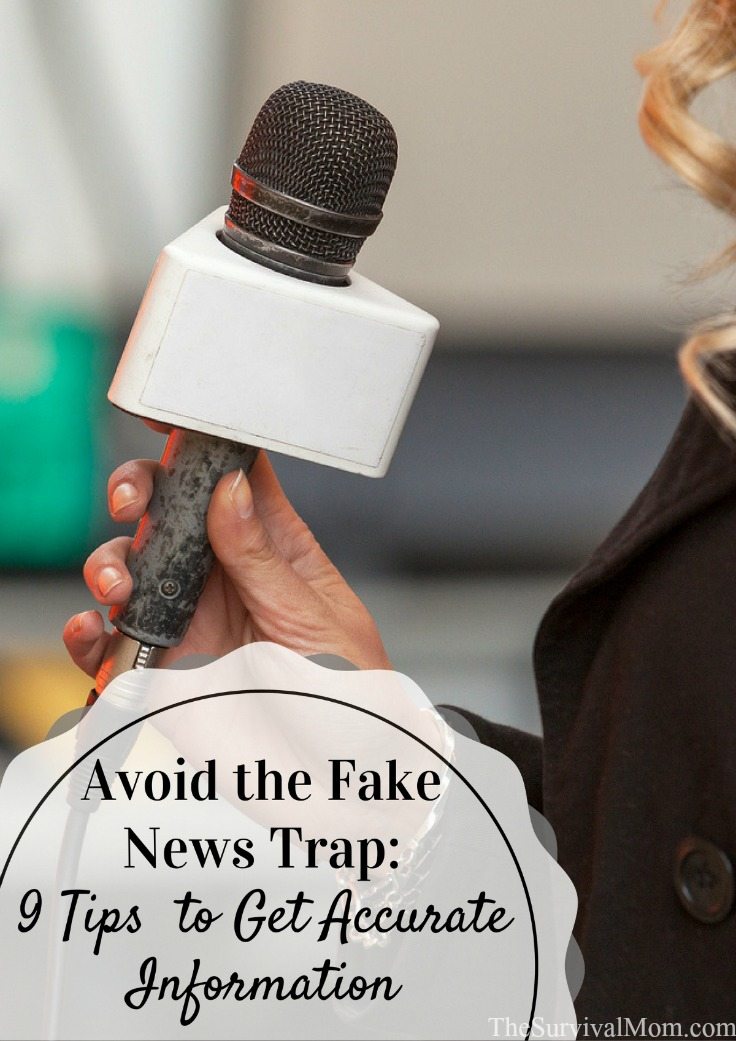 Many of us in the prepper world feel like the news is biased, or at best, incomplete. Lately, “fake news” has been in the headlines, reaffirming that we can’t believe what we see or hear when it comes to the news fed to us by mainstream media.

One prime example happened toward the end of December, 2016, when The Washington Post reported with the sensational headline, “Russian operation hacked a Vermont utility, showing risk to electrical grid security, officials say.” Wow. In the prepper community we are more aware than most of the grid’s vulnerability. Immediately, this story raised concerns — but then just as quickly, fell apart. Turns out that a laptop computer belonging to the Burlington Electric Department had acquired malware. The malware may have been written by a Russian — but malware is readily available for sale on the open market and most computer owners have had malware issues many times. The laptop wasn’t connected to the grid, the malware was removed, end of story. There was never a “Russian operation hack” — not even close.

So why would an established newspaper of record rush to publish a story that was so quickly debunked? Basic fact checking would have saved The Washington Post from much embarrassment, especially after having published this article, condemning “fake news” and listing “fake news” websites.

Even without fake news as an issue, it’s hard to get the full picture in a 30 second “story” or a brief headline. Additionally, many of us assume that when SHTF, mainstream news sources will be unreliable or consist of pure propaganda. And there’s just so much information out there that it seems overwhelming at times. It’s tempting to just ignore it all, and, if you’re smart, you’ve figured out that there’s very little “news” that’s completely believable.

But making wise and effective preparedness decisions means having a somewhat accurate view of what is, and is not, happening. After all, how will we be able to discern an accurate picture when it really matters if we don’t practice discernment now? If you can’t rely on the accuracy of information, then what do you base your survival decisions on?

Here are some questions to ask yourself as you watch or read the news:

What has geo-political significance?

In my history classes, I tell my students to think of this in terms of what might be in history books 40 years from now. In other words, the type of events that could change history. A celebrity marriage or divorce? Unlikely. Two countries ending portions of a nuclear containment agreement? Very likely. Pay attention to those things with geopolitical significance, and ignore the rest. Not every news story is worth your time, and this is a fast way to decide what to pay attention to.

Every story, no matter how short, should cover these bases at a minimum. If, for some reason, the information isn’t available yet, the aspect should still be addressed. For example, if the police are still looking for the bank robber, the “Who?” can’t be answered just yet, but the story should still say they are “following several leads” or something similar. Identify what pieces of the story are missing from the reporting. It’s possible the missing information has been purposely left out.

What part of the story is missing or leaves basic questions unanswered?

If you find that a story is missing some aspect of basic reporting, try to find the missing pieces from another source. For example, many recent domestic terror attacks have involved people of a similar religion or origin, but many mainstream news reports were leaving out this information in reporting, even if it was known. In one case near my hometown, a robbery suspect was reported by the media as “wearing red underwear.” No mention of any other physical identifying features, but we should all watch out for a male wearing red underwear.

Missing details could matter immensely when it comes to identifying or categorizing threats (or lack thereof) to your family or personal situation, and you should try to find them.

One very popular strategy by many in the media is using unnamed sources. “An unnamed source reports…” Who is the unnamed source and why isn’t their name being disclosed? Is it possible the source doesn’t exist and the information being passed along is the author’s own opinion? Or maybe the unnamed source is the journalist 2 cubicles over or the political enemy of the main person or cause presented in the story. Be very wary of news reports that frequently resort to this tactic, especially if those sources are the only basis for the news story.

What are you observing on the ground and how does that line up with the story that is being reported?

In the most recent election cycle, my friends and I kept counts of political yard signs and bumper stickers. Although our counts weren’t statistically accurate, there was a significant discrepancy between our observations, and polling numbers reported. If a political poll as reported just doesn’t match up with what you are observing, then you might wonder if the polling is accurate. ALWAYS trust what you observe over what you are told. This skill will be absolutely crucial if the SHTF, as most “official” reports are going to be untrustworthy.

Find the original quote or document–what does it say in context?

It’s very common for headlines to say one thing when, in context, the meaning of a statement is completely the opposite. If a statement being reported seems particularly shocking or hard to believe, take a few moments to find the statement from its original source and read it in context. You might be able to find the original speech or interview on YouTube, for example. Watch or read as much of the original context as you can, and decide for yourself what the person meant by the statement. Always trust your own interpretation of any original source over a second-hand account or third party interpretation of what happened.

Are the same descriptors used in similar cases?

A friend of mine just shared an article about political corruption where the political affiliation of the accused was left out. This is a detail that is directly related to the nature of the story, and its omission may indicate a bias on the side of the reporter or news agency. Be alert to missing details, and allow them to tell you something, too.

Similarly, be aware of optics. Images can be used to sway opinion, even if it doesn’t exactly reflect the facts in the news story itself. Journalists know that most people will read the headline, glance at the image, perhaps read the caption, and then draw their conclusions. One particularly obvious example was in the unfortunate shooting of Trayvon Martin by George Zimmerman back in 2012. Even when the facts emerged that Trayvon was a very tall and mature looking 17 year old, media reports continued to publish a photo of the young man when he was 12. In comparison, they used a mug shot of George Zimmerman taken 7 years earlier and continued to use that photo for weeks. Neither photo was accurate and that did a disservice to readers and viewers everywhere.

Who or what benefits?

This might also be known as “follow the money.” Recently, there have been major headlines about various pharmaceutical drugs becoming very expensive, literally overnight. Why is this happening? The answer to those situation and many others can be answered by asking who benefits from these changes. One caution: it’s not always so obvious as saying, “The greedy companies, of course!” You may have to go back a few layers. Sometimes, alternative news sources will do this for you.

How has the narrative changed?

In the book 1984, George Orwell wrote, “We’ve always been at war with Oceania.” For news stories that have been going on for a while, compare older stories with more recent ones to see how the terminology or perspectives have changed. For example, at the beginning of the Syrian war, there was a “refugee” issue. More recently, the news stories refer to these displaced peoples as “migrants.” Sometimes, the change is because more details have emerged, but more often, it’s because the story is being spun a certain way.

In an election year, this question is easy to answer: the information is likely coming out at a certain time in order to hurt a particular candidate or sway voters. But in other times or situations, it may be harder to discern. For example, 24/7 coverage of police shootings overshadowed passage of CISPA, while arguments over flags and bathroom signs covered up the release of 28 pages from the 9/11 report and news of coup d’état’s around the world, and so on. Did you wonder why all the evil clown stories were suddenly in the news? Gotta wonder what was going on at the time that we weren’t supposed to know about. In many (perhaps most) cases, inflammatory issues are probably just being used as a distraction from something that is actually more important.

Action steps to get accurate information and avoid fake news

As for overseas sources, you could try the BBC, UK Telegraph, Canada Free Press, or similar. While I’m not necessarily endorsing these sites or their contents, they can at least provide alternative information or perspectives, and get you thinking more critically about news in general.

Eventually you will find that single sentences or even phrases in new stories will pop out at you as significant, and you’ll be more comfortable relying on your own observations and conclusions.

Having a more accurate view of the news, and being able to identify what is and is not important, could one day be the difference between your timely decision to act, or missing a critical window of opportunity.

What steps are you going to try this week? 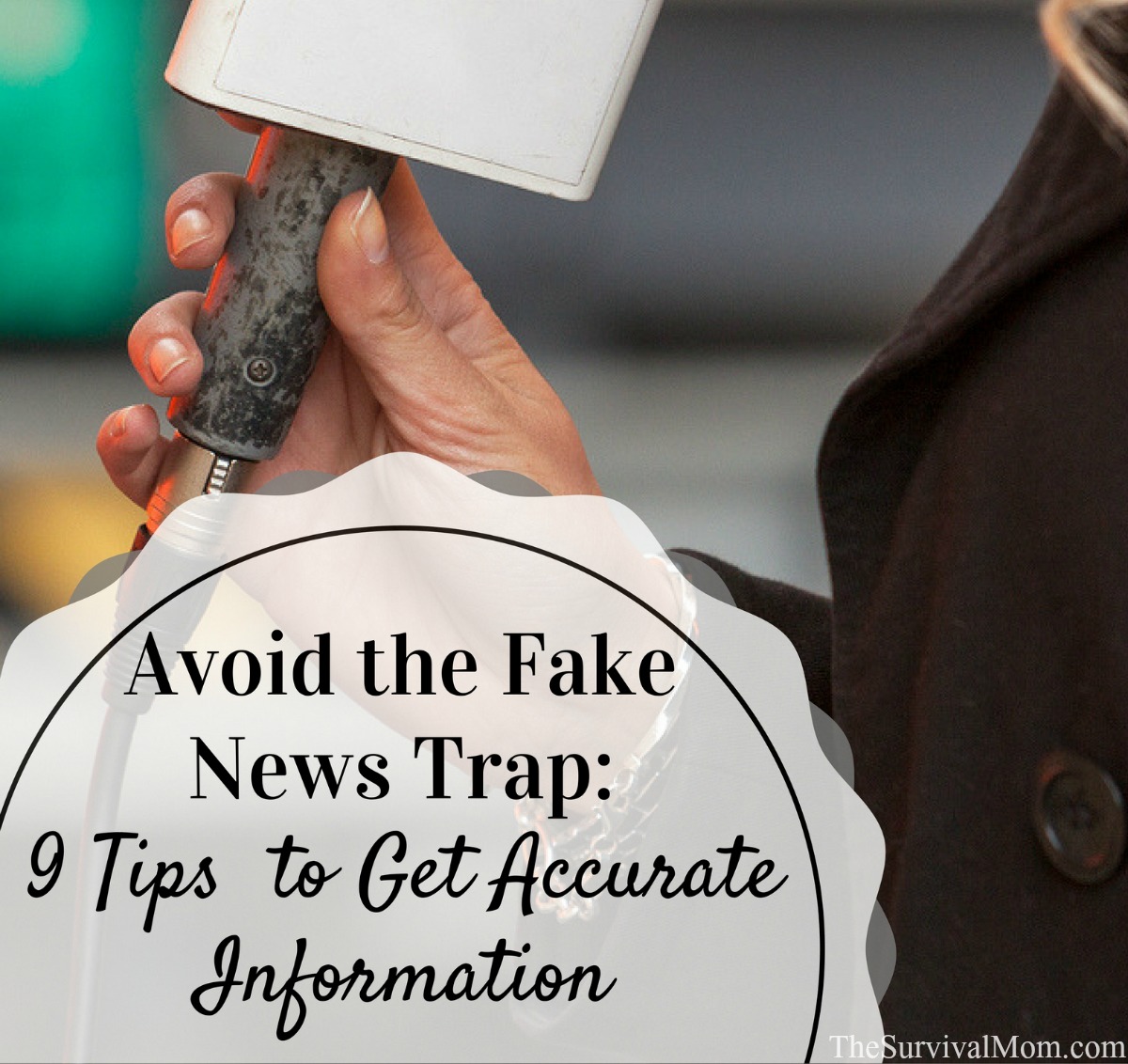 14 thoughts on “Avoid the Fake News Trap: 9 Tips to Get Accurate Information”