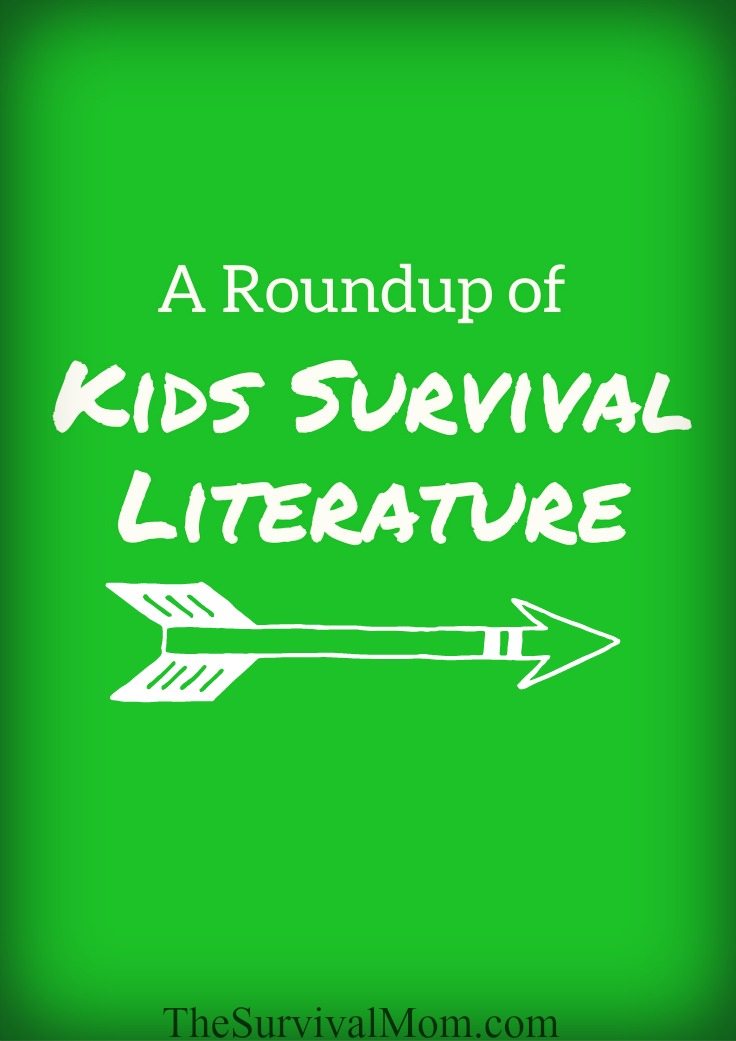 There have always been great tales of survival for kids as well as adults. There are even more great stories that simply help kids learn about survival skills, once simply a part of every day life, painlessly.  More recently, the new dystopian genre has generated some great kids and YA books as well. (No, it’s not officially a genre, but there are a lot of great dystopian books out there!)

In addition, there are a lot of great books to help kids learn skills like cooking and gardening that can help them with both everyday life and emergencies, as well as camping and other outdoor activities.

The number of great books can be overwhelming! Here is a round-up of some of our favorites here at The Survival Mom to get you started on stocking your a bookcase full of kids survival literature.

Here are a few classic titles from Lisa’s bookshelves:

The Cay by Theodore Taylor
The Courage of Sarah Noble by Alice Dalgliesh
Dakota Dugout by Ann Turner
Farmer Boy by Laura Ingalls Wilder
Fly Away Home by Eve Bunting
Hatchet by Gary Paulsen
Homeplace by Anne Shelby
Island of the Blue Dolphins by Scott O’Dell
Little Blog on the Prairie by Cathleen Davitt Bell
Little House on the Prairie series by Laura Ingalls Wilder
Meet Kirsten, an American Girl by Janet Beeler Shaw
The Misadventures of Maude March by Audrey Couloumbis
My First Little House Books series for ages 4–8 by Laura Ingalls Wilder
My Side of the Mountain by Jean Craighead George
Nine for California by Sonia Levitin
Sarah Whitcher’s Story by Elizabeth Yates
The Sign of the Beaver by Elizabeth George Speare
When I Was Young in the Mountains by Cynthia Rylant

These books are focused on teaching a wide variety of skills kids can use from gardening and herbal remedies to wilderness survival and campfire cooking.

26 Basic Life Skills: Survival Skills for All Ages #1 by Liz Long
American Boy’s Handy Book by Daniel Beard
American Girls Handy Book by Lina Beard
Camp Out: The Ultimate Kids Guide by Lynn Brunelle
Complete Starter Guide to Whittling: 24 Easy Projects You Can Make in a Weekend (Best of Woodcarving) by the Editors of Woodcarving Illustrated
Composting (Urban Gardening and Farming for Teens) by Brian Hanson-Harding
Cooking on a Stick: Campfire Recipes for Kids by Linda White
Family Camping Recipes: A Kid-Inspired Camp Cookbook by Debbie Madson
Garden to Table: A Kid’s Guide to Planting, Growing, and Preparing Food by Katherine Hengel
It’s Time to Call 911: What to Do in an Emergency by Inc. Penton Oversees
A Kid’s Herb Book: For Children of All Ages by Lesley Tierra
Roots, Shoots, Buckets & Boots: Gardening Together with Children by Sharon Lovejoy
Square Foot Gardening with Kids by Mel Bartholemew
Survivor Kid: A Practical Guide to Wilderness Survival by Denise Long
Tom Brown’s Field Guide to Nature and Survival for Children by Tom Brown
Ultimate Book of Step-by-Step Cooking and Gardening Project for Kids by Nancy McDougal  and Jenny Hendy
Worms Eat My Garbage: How to Set Up and Maintain a Worm Composting System by Mary Appelhof

Here are some more recent, often dystopian, books. These are generally for more of a YA to adult audience, not as much for younger kids. The Book Thief, for example, deals with WWII – not an easy subject for little ones.

2 thoughts on “A Round Up of Kids Survival Literature”