Skip to content
61shares
Some of the links in this post may contain affiliate links for your convenience. As an Amazon associate I earn from qualifying purchases. 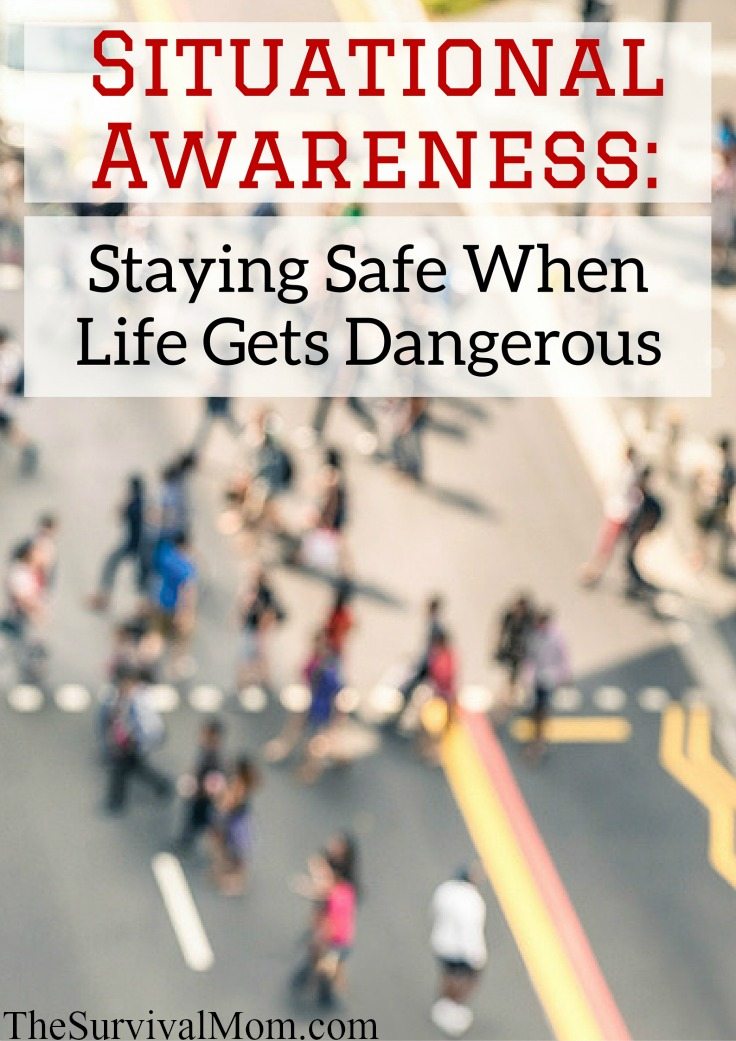 My eldest recently received his learner’s permit, also known as his “temps” in these parts. When you’ve been driving for almost 30 years, there’s a whole lot of stuff that is just second nature. You don’t give any real, conscious thought to looking both ways before proceeding into an intersection, lighted or otherwise. Keeping one eye on the traffic coming your way so as to ensure none of those cars are veering into your lane is just a matter of routine.

To a new driver, though, all of that is new and can be confusing. How do I keep an eye on the road in front of me, the cars around me, the speedometer, and the fuel gauge, while keeping track of where I am and where I’m going, all at the same time? After a while, all of it becomes second nature, though, right? It just takes some time and some practice to develop the appropriate habits.

The same can be said about situational awareness.

What is situational awareness?

For those not in the loop, situational awareness is simply being very aware of your surroundings, and any potential danger around you. Many refer to it as keeping your head on a swivel, always looking around to see what’s what. I like to think of it as taking the blinders off. Entirely too many people are rather oblivious to the world around them. Either their eyes are glued to their phones or they are just lost in thought, sort of drifting through their day. Given the ear buds that are often in place as well, these people may as well be blind and deaf.

In other words, they are easy targets.

By lifting your head and watching the world around you, you’re in a much better position to not only detect and avoid possible threats but react to them quickly and efficiently. I don’t necessarily mean leaping into action like a super hero but rather walking around the open manhole rather than falling into it. Or maybe crossing to the other side of the street so as to avoid the group of questionable looking youths huddled together on the next block.

For many people, the hardest part of situational awareness is putting their phone away and turning off the music, or at least turning down the volume. And just like when you started driving, it might seem as though you’re overwhelmed at trying to pay attention to everything. That will subside after some time and you’ll become used to actually seeing the world, rather than experiencing it through the screen of a phone.

What if you don’t see the danger until too late?

The sad truth is that sometimes you can’t see danger until it is too late. I can’t imagine the horror of being in a place like Charlie Hebdo, the Twin Towers, or the Parisian concert hall that was attacked. Any signs were probably visible to those outside, not inside, if at all. Nonetheless, some people were better situated to survive than others.

One man recounted how he was able to escape from terrorists while the gunmen reloaded. First of all, he had the presence of mind, like the American heroes on a train mere months earlier, to act while they were reloading and able to shoot as quickly. Secondly, he had a seat that was near the front of the theater – near an exit door. He helped at least one injured person to escape with him. Some of his friends managed to find a small room in the building to hide in. Their quick thinking and action may have saved their lives.

When you enter somewhere like a restaurant, seat yourself with your back to the wall, able to see the doors (if there are multiples, watch the main door), and make note of where any exits are. If you can, mentally make a plan for how to get from your seat to each exit with your whole party. Be sure to take into account any obstacles, like a hostess stand or walls. (Some restaurants have half walls that you may not notice if your situational awareness is truly offline.)

If something does happen, you will be better prepared to react. If you have half an eye on the door and notice the tip of a rifle poke through ahead of a black ski mask, how do you think that will affect your response time versus that of someone sitting with their back to the door whose first warning something has gone wrong is either the sound of gunfire or shots, or the expression of someone else in the room?

If you have been practicing situational awareness, then you have a far better chance of realizing what is happening quickly and finding a way to escape or hide until it’s over. That”s not a guarantee, of course, but it’s far better than being one of the sheeple.

An added benefit to exercising situational awareness is that it gives you an air of confidence. Muggers and other ne’er do wells like to choose victims who look timid, afraid, or unaware of their surroundings. Those who keep their heads on swivels are, or at least appear to be, none of those things. They are also more likely to notice a mugger or ne’er do well long before they are able to cause trouble for them.

At least as importantly as noticing bad people on a normal day, being aware of your surroundings means you will notice uneven sidewalks before you twist an ankle or break a heel, friends you would otherwise pass without speaking, and all manner of public notices – including clearance sales and warnings of upcoming road closures. Practicing situational awareness automatically means you aren’t online all the time. If your whole family is doing this, you have automatically cut down on your kids screen time, possibly dramatically. You may even have increased how much you are all talking to each other, although teens are notoriously bad about talking to their parents.

If it isn’t already clear, the idea here is not to behave as though every trip to the post office is a dangerous mission deep behind enemy lines. Rather, it is just to keep your eyes focused on what’s around you, instead of watching for the latest Facebook status updates. We live in a beautiful world, take the time to actually experience it when you’re out and about. And if something bad happens and it helps you survive, all the better.

With a friend, go somewhere with a lot of people, like a park or a mall. Take a few minutes to observe what is going on around you. Have your friend ask you questions about what you saw, heard, smelled, and possibly felt. Try this under different circumstances, such as going to a quieter place. Keep practicing until it becomes second nature.

Now that you understand what you need to do, do it. Don’t use headphones when you are out and about – save them for the house, or when you are a passenger in a vehicle.  Keep your head up. Most importantly, simply pay attention to the world around you. As an added bonus, you’ll start really noticing the (literal) roses, sunsets, and other beautiful sights you have been walking past every day.

Thanks to Jim Cobb for providing insights for this article. 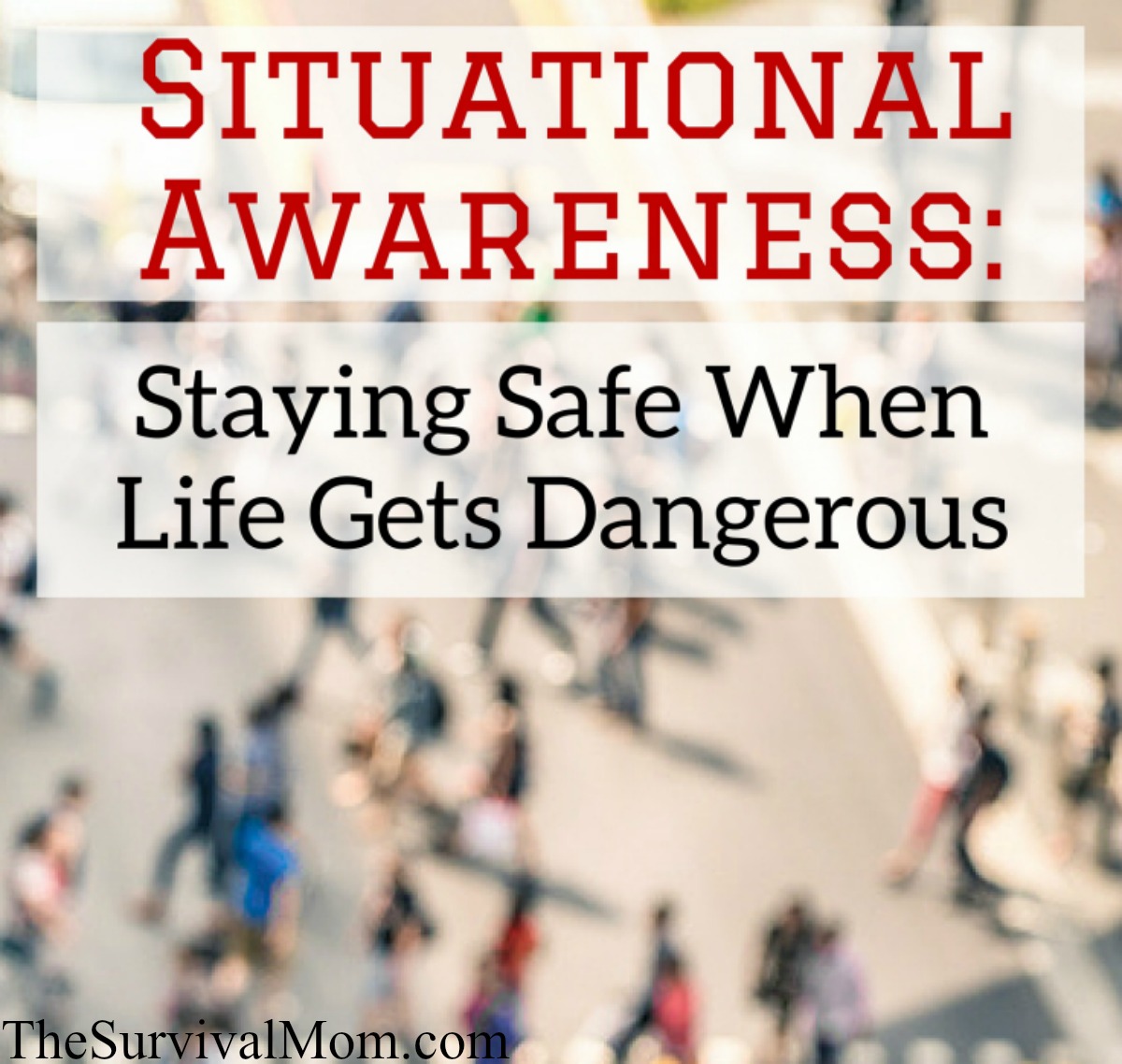 13 thoughts on “Situational Awareness: Staying Safe When Life Gets Dangerous”