2shares
Some of the links in this post may contain affiliate links for your convenience. As an Amazon associate I earn from qualifying purchases. 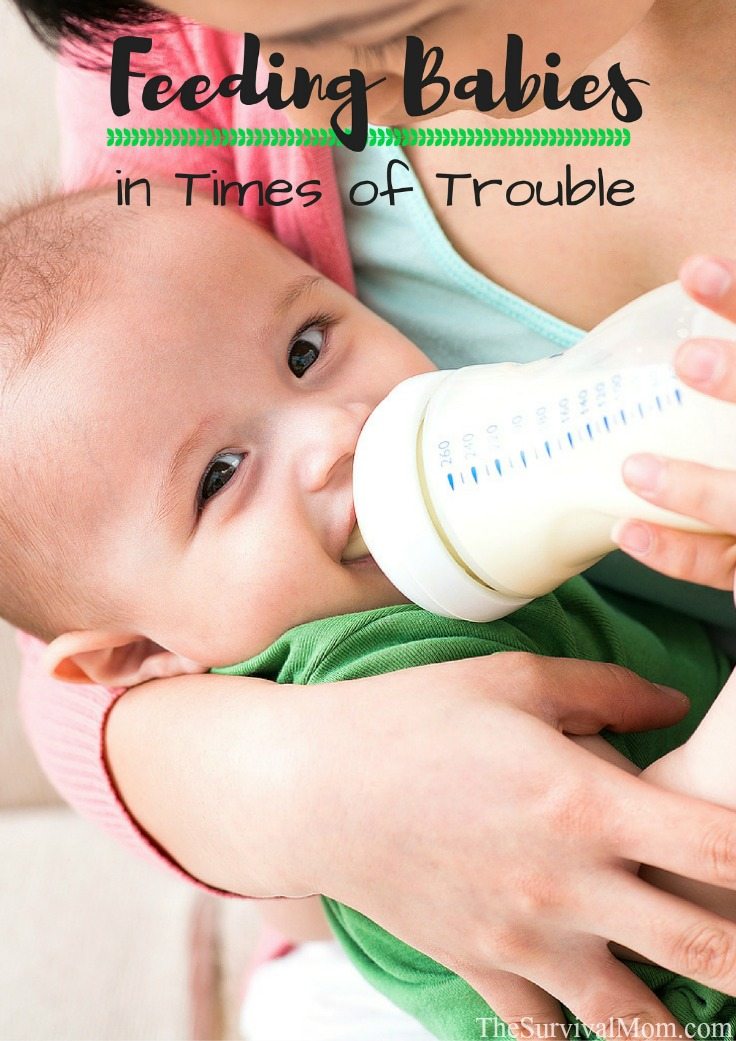 To paraphrase Terry Prachett, the author of the popular Discworld series, taking care of a baby is the easiest part. There’s none of those crazy child-rearing garbage to put up with – just put milk in one end, and keep the other end as clean as possible. Works for me!

On an ordinary day, the first part – putting milk in one end of the baby – is something we take for granted in developed countries. Even if you are not a breastfeeding mom, the ease with which can can obtain formula would make our ancestors weep with envy. Before formula became widely available, women who were unable to breastfeed because of medical issues would be forced to find alternate means of feeding her infant. Many of these milk substitutes were incredibly unhealthy, and were ultimately a leading cause of infant mortality. One of the few ways a woman could keep her child alive if she couldn’t feed it herself was to make some kind of agreement with another woman who could nurse the baby for her.

All of this begs the question – what if, Heaven forbid, something were to happen that would send us back in time to this situation, whether it be permanently or on a temporary basis? Even if you have stash of formula in your long-term food supply, what if your water source is contaminated? It’s not difficult to imagine a worst-case scenario that involves a hungry baby, but no way to feed him or her. Aside from stocking up on formula (which is a perfectly legitimate option for feeding infants) what can be done?

If you are a breastfeeding mom, you’ll need to add the following to your emergency preparedness plans:

For every woman who has trouble with her supply, there’s one who self-identifies as a jersey cow. Overabundance of milk is a problem that I’m sure many people would like to have. I don’t have to describe what that’s like – if you are one of these people, you already know. If you know that you have more milk than your baby needs, you can use it as a valuable resource that will benefit your whole community. Essentially what donation does is to connect women with low supply and women with high supply, so everyone is happy, especially the babies.

In healthy babies, it doesn’t matter a ton in the long run whether they are fed formula or breastmilk. For sickly babies, however, the difference is much greater. Hospitals often refer to human colostrum and breastmilk as “white gold,” because they see the difference it can make in the health of preemies. Medical centers regularly request donations on behalf of infants in the NICU. There are usually some health and quantity requirements. Milk banks put the milk through tests to make sure it is safe to distribute. To make it worth their while, they won’t take less than 100 ounces at one time.

For more information, you can go to the websites of La Leche League, National Milk Bank, and the Human Milk Banking Association of North America. Information about the proper care and storage of breastmilk can be found here.

Of course, donating privately is as easy as handing off a bottle of expressed milk to a friend. It’s not uncommon in my town for a woman with a baby in the NICU to ask friends and family for donated breastmilk. Another option, should the situation arise, is to use breastmilk as a commodity for bartering.

Cross-nursing (occasional nursing another woman’s child while also nursing her own) and wet-nursing (complete nursing of another woman’s child, often for pay) are generally frowned upon in most modern circles. The La Leche League actively discourages these practices for multiple reasons. However, it can be done. I have cross nursed two babies in my day – the first was my niece, and it didn’t feel weird at all (it was an emergency). The second instance, though, was the daughter of an acquaintance and that was so weird I will probably never do it again.

Not everyone is willing or able to breastfeed, and there’s no shame in that. Most women I know would really like to, but have been hampered by some health issue or other. The answer here is twofold:

2) in case there really isn’t a tomorrow make friends with a lady in your neighborhood who might be able to spot you the odd bottle of milk should the need arise.

Be sure that you are also storing an adequate amount of clean water with which to mix the formula. Most infant deaths related to formula feeding in the third world are caused by a contaminated water supply, or adding inappropriate amounts of water. If you can, develop a system for sterilizing bottles and other feeding equipment that does not require electricity. A solar oven, such as the Solavore or Sun Oven, can cook food at temperatures in the 300-350 degree range, which is plenty hot for sterilizing baby bottles.

There is much more that could be written, of course, about “putting milk in one end” of a baby. For more information about keeping the other end as clean as possible in an emergency, try this article about cloth diapers. 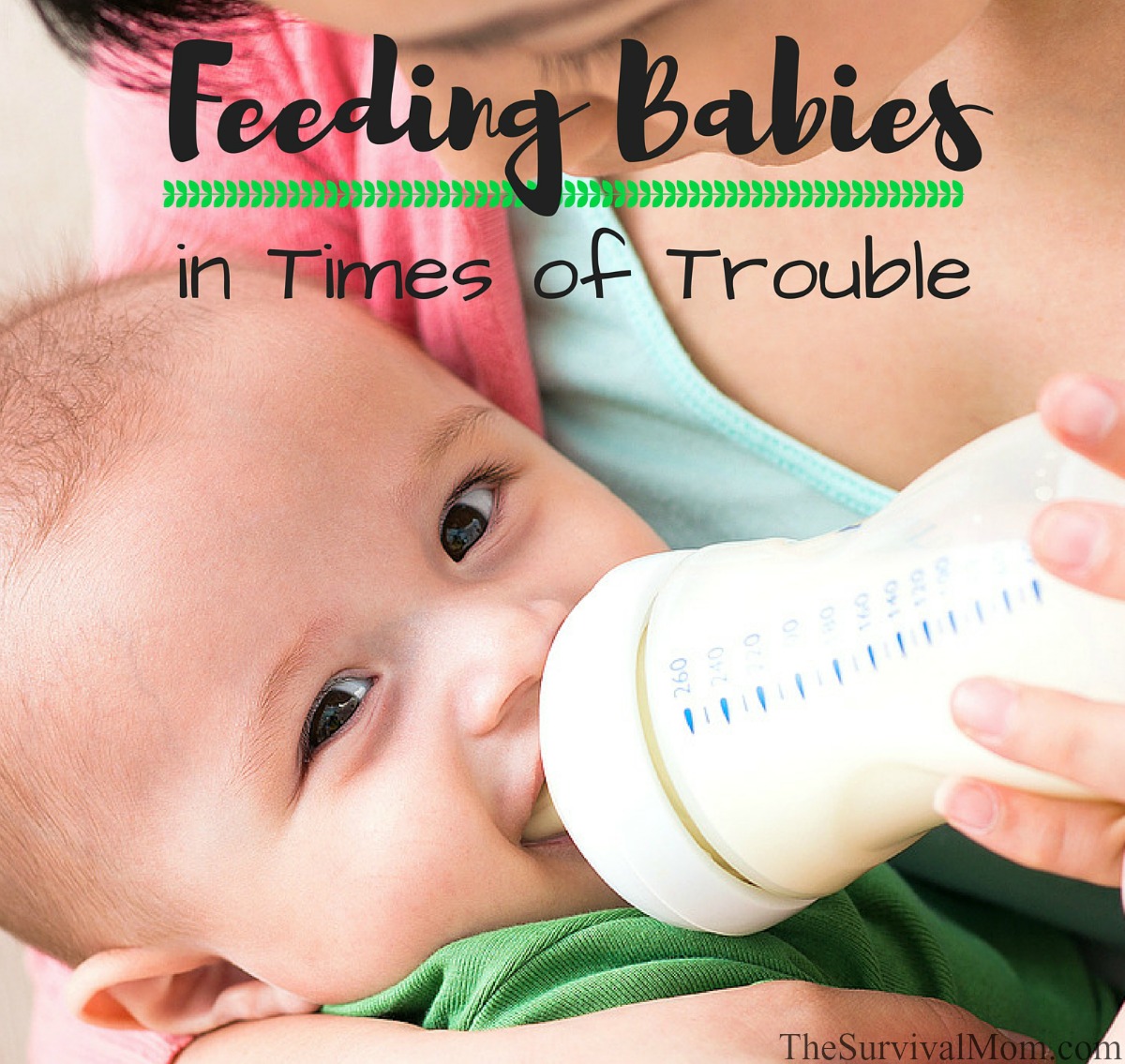