106shares
Some of the links in this post may contain affiliate links for your convenience. As an Amazon associate I earn from qualifying purchases. 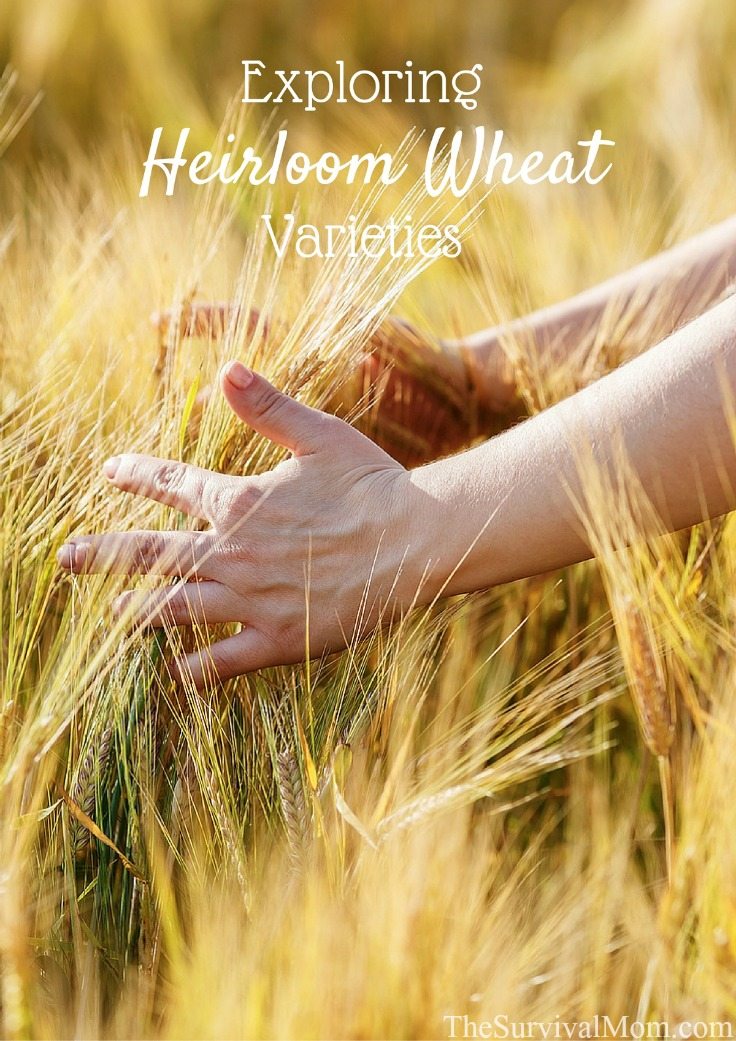 Wheat is a big thing in the prepper community, and rightly so. It stores well, is versatile, and the stuff you can make with it tastes good. As such, endless discussions have taken place about the merits of one variety over another. White or red? Hard or soft? Winter or Spring?

Each kind has its own characteristics that make it well-suited for one purpose or another. This is why in addition to white flour and whole wheat flour, one can also purchase cake flour, bread flour, and pastry flour at the super market. I am not going to talk about the differences between the modern varieties of wheat, but if you’re interested in learning more about wheat varieties and how to use them, check out this article.

Instead, let’s explore some of the older “heirloom” varieties of wheat for a moment. There exists a growing interest in – and availability of – heirloom wheat. I’ve had a couple of people ask me what’s so special about it, and whether they could stock up on spelt and emmer in lieu of hard white winter wheat. I’ve mostly found that modern wheat has been selectively bred and improved for some very good reasons, and that often you won’t get as good results with your baking with other varieties of wheat unless you are really familiar with what each kind of wheat is supposed to be for. Example: Hard wheat, being higher in gluten, is better for bread, whereas it is difficult to get a good rise out of lower-gluten soft wheat. That said, heirloom wheats have many good qualities that make them something to consider.

What exactly is heirloom wheat?

I’m using the term “heirloom” pretty loosely. I mostly mean any variety of wheat that’s not Triticum aestivum, the species of wheat most commonly grown in the United States. I say “mostly,” because White Sonora is an unimproved cultivar of T. aestivum, but is classified as an “heirloom” variety by Baker Creek seeds.

Wheat has a long and storied history, inextricably tied to the history of civilization. People have been growing wheat on purpose since around 5,000 BC, although the stuff that has been found in the pyramids is not the stuff that they use to make the bread you buy at the grocery store. Modern wheat, like all of our food crops and domestic livestock, has been selectively bred by humans to exhibit certain desired characteristics. In wheat this means more protein, greater drought tolerence, etc. In contrast, “heirloom” wheat varieties have come down through the ages largely unchanged. As an example, Emmer wheat cultivated today is virtually identical to examples of the grain that have been recovered from archaeological digs in the Middle East.

(T. turgidum) Also known as “Pharoah’s Wheat,” because it is known to have been cultivated in Ancient Egypt. Emmer is higher in fiber than modern wheat, and is known for its resistance to disease and its ability to grow well in nutrient-poor soil. It is used for making bread and beer, but it is reported to make very poor pasta. Some people report that food made from emmer wheat can be consumed by people with gluten sensitivities, although this is disputed. Seeds to grow your very own patch of emmer wheat in your garden can be found at Baker Creek Seeds.

(T. monococcum) Einkorn is not suitable for bread, as it lacks the needed characteristics for a good rise. As such, it’s mostly eaten as bulgur, or as whole-grain porridge. It is considered to be exceedingly nutritious, being higher in protein than modern red wheat. It is also a good source of potassium and phosphorous. Einkorn has slowly, but surely, become more readily available. Just take a look at all these Einkorn products on Amazon, alone!

(T. spelta) Spelt is not as high in gluten as other wheat varieties, but just enough to make it suitable for baking. It’s often cooked as farro and added to soups or salads. (The term “farro” refers more to the way a grain is cooked rather than the particular variety, although Emmer and Einkorn are often classified as types of farro.) Organic farmers tend to like growing spelt because it requires less fertilizer.

(T. aestivum) I will admit that I don’t have personal experience with this particular type of wheat, so I can’t personally vouch for it, although it’s something I definitely want to try. I include White Sonora on my list of heirloom wheat varieties because I’ve heard so many other people swoon over its heirloom-ness.

It has an interesting history: It was brought to the Americas by Spanish settlers in the 1600s, making it the first kind of wheat to be grown in the western hemisphere. White Sonora makes a stretchy dough that is excellent for making flour tortillas. This is another variety available from Baker Creek, should you feel inclined to grow some in your backyard.

If these grains are so great, why do we even have modern varieties?

That is a good question. As I said before, speaking in general terms, humans improved wheat for a reason. Modern wheat is best suited for the kinds of foods we find most desirable. Whole wheat bread made from hard white wheat is much lighter and has a more tender crumb compared to bread made from red wheat, which is quite dense.

Wheat grown in the 19th century would grow to be about four feet tall, but thanks to what is termed “The Green Revolution,” modern wheat only grows about 18 inches high. This is an advantage because the energy the plant would have used to make the stalk instead goes into the seed head, causing an increase in yield. Another trait found in modern wheat but not in older varieties is a non-shattering rachis, meaning the grains stick to the seed head until threshed instead of falling out to be lost in the field prior to harvest. More on this subject can be found in An Edible History of Humanity, which makes a fascinating read.

If you haven’t already considered exploration of heirloom wheat varieties, I hope you will think about it. Why not try this tasty and educational recipe for Ancient Eyptian-style bread, which calls for emmer wheat? I tried it out with my kids, and though I didn’t have any emmer immediately at hand, it turned out just as well by using spelt. 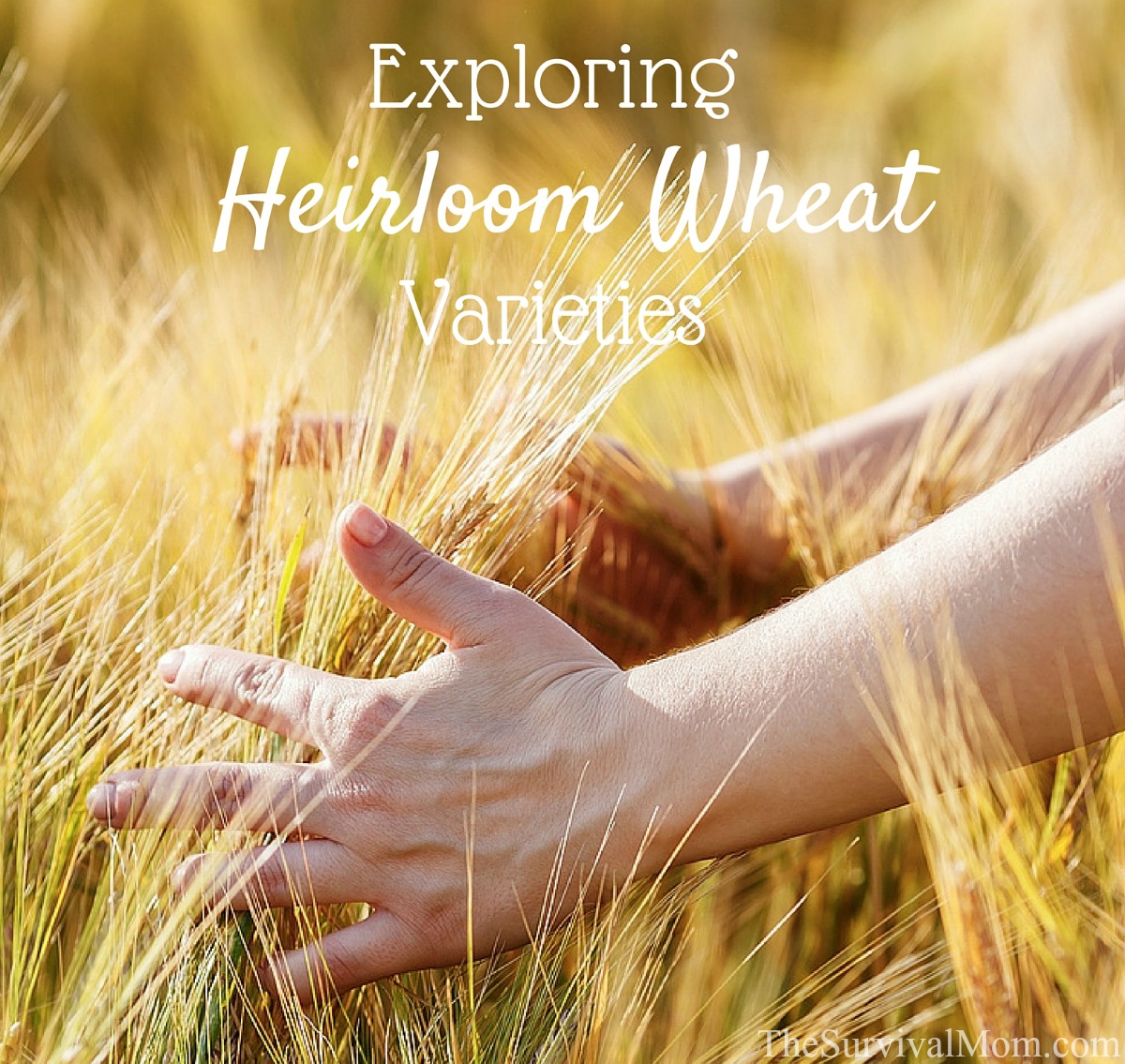