Skip to content
451 shares
Some of the links in this post may contain affiliate links for your convenience. As an Amazon associate I earn from qualifying purchases. 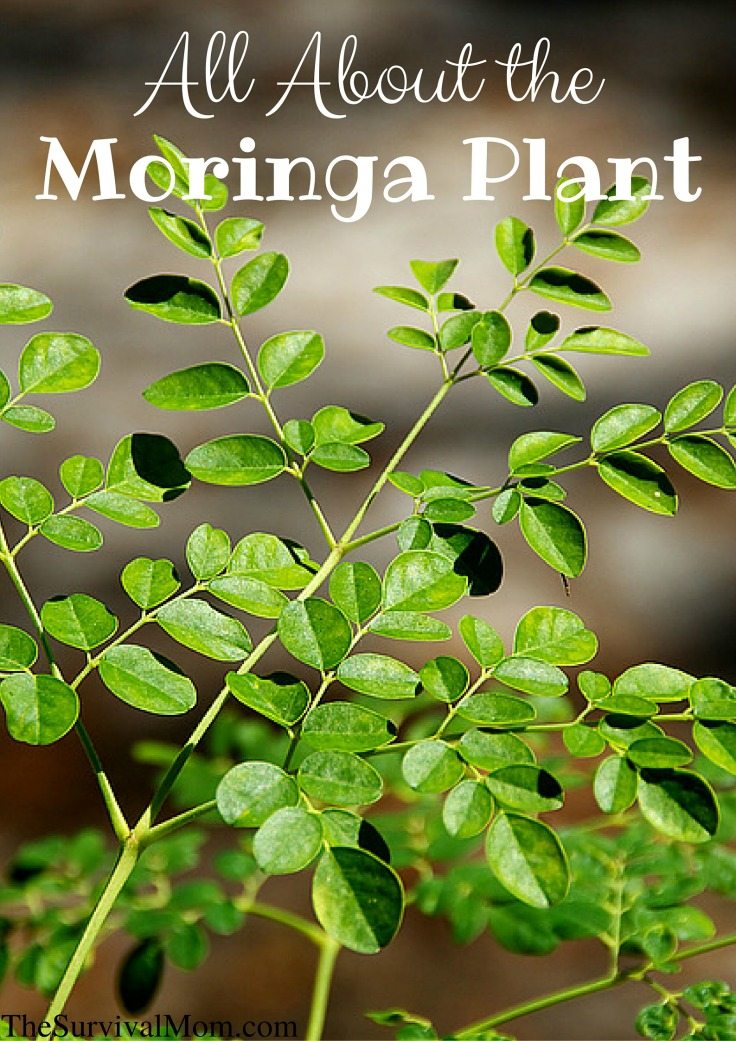 Have you ever heard about the Moringa plant? I’ll be honest – I had never heard of such a thing until fairly recently. At first I dismissed it as a fad, but after some extensive research, it looks as though it is here to stay because of its genuine benefits.

Very simply put, Moringa oleifera is a plant that has recently come into the public consciousness because of its high nutritive value. It has many culinary uses, is easy to grow, and can be used to purify water to boot! It goes by other names as well: some call it the “drumstick tree” and in the Philippines it is known as “malunggay.”

I haven’t had the opportunity (yet) to try out any of the many things you can do with the moringa plant, but the more I’ve researched the more intrigued I have become. I haven’t been this fascinated by a plant since I heard about soapwort and vowed I would grow it in my garden and use it as shampoo. But that’s a subject for another day.

Moringa has joined the exclusive club of “super foods” that also counts among its members kale, quinoa, and acai berries, for some very good reasons. Moringa is extremely high in over 90 nutrients, including 8 essential amino acids that our bodies need but cannot produce, such as vitamins B, B1, B2, B3, D, and E. It has three times as much iron as spinach, four times the calcium of milk, four times the vitamin A of carrots, and is higher in vitamin C than oranges.

Moringa is one of the highest naturally occurring sources of chlorophyll, the health benefits of which could be the subject of its own article. Because of this, many international NGOs are encouraging the use of moringa as a treatment for malnutrition.

Because of its amino acid profile, moringa is considered to contain a complete protein, which makes it of particular value to vegans and vegetarians. With all these nutrients, one or more moringa plants would be a great asset to your garden, in addition to the foods in your food storage pantry.

The leaves, flowers, seeds, and seed pods are all edible. The flowers must always be cooked, however slightly, before eating to neutralize certain toxic compaounds found therein. WebMD recommends avoiding the flowers entirely during pregnancy because they can act as an abortifacient. WebMD also recommends staying away from the roots and bark, as the same toxic compounds found in the flowers are present in the roots in much higher concentrations, and can cause paralysis and death. The threshold for such a dismal fate is not known, so to be on the safe side, don’t eat the roots.

Young and tender seed pods, also referred to as “drumsticks,” can be cooked as green beans and have a flavor that is reported to be not unlike asparagus. Interesting fact: they call them “drumsticks” because they resemble the things you use to hit drums, not because they have anything to do with a certain favored part of a chicken. They kind of look like really long okra pods, to me. Older trees produce seed pods that are tough and bitter in addition to tender ones; for this reason moringa trees are often grown as seasonal crops even in places where they can thrive year-round. Why not try this drumstick sour soup recipe from Myanmar (Burma)?

The leaves can be found in many traditional South Asian dishes, whether they are dried and added as a garnish, or added to soup, omelettes, or curry. As for the taste, one source said that the leaves tasted like a “pecany spinach” when cooked, and slightly pungent like radishes or watercress when raw. It has become popular in the Philippines to make a pesto dish from moringa leaves. A delicious recipe/ tutorial for such a dish can be found here.

Seeds can be roasted like nuts when mature or cooked like peas when young. Unless you are eating seeds grown yourself, use caution when ingesting seeds. Only eat seeds meant for human consumption, as seeds intended for cultivation are sometimes sprayed with insecticides.

As for the flowers, they can be used to make tea, or can be battered and fried like squash blossoms.

As a prepper, this is the thing about the moringa plant that most piques my curiosity. You can not only eat it, but can purify water with it, too? It sounds almost too good to be true. In fact, I am pretty sure I once saw an episode of “I Dream Of Jeanie” that featured some kind of magic seeds that could be used for water purification. Unlike that ridiculous made-for-TV plotline, this looks pretty legit. According to this tutorial, two spoonfuls of dried, powdered moringa seeds can be used to purify as much as 20 liters of water!

Not only does this sound like a practical solution to the widespread problem of water accessibility in the third world, trying this out would be an extremely educational homeschooling activity!

The seed powder bonds with particulates in the water and make them sink to the bottom, so the purified water can be poured off through a simple cloth filter. This method also takes care of most (but, as a caution, not all) of any bacteria present in the water. It doesn’t take care of 100% of all possible water contaminants, but it appears to do a pretty decent job. In a SHTF scenario when bleach drops could be impossible to come by, this could be a legitimate option.

Growing Your Own Moringa

Moringa is a tropical tree native to Northern India and the Himalayas. It loves heat, and does very well in zones 9, 10, and 11. The seeds germinate easily, and the plant grows quickly. Many gardeners report that it can grow up to 20 feet in a single season! If, like me, you live in a colder climate (zone 6 here in the Intermountain West), it is still possible to grow this plant in a greenhouse or as an annual.

GROWING IN A GREENHOUSE

If you have access to a greenhouse Moringa seedlings could be grown in a greenhouse, with temperatures kept well above freezing.

Moringa grown in pots can be moved inside when the weather changes. Just be sure to provide warmth and light to keep it alive.

GROWING AS AN ANNUAL

If you grow a vegetable garden you are probably aware of the practice of growing vegetable as annuals. Most vegetables are grown in one season and replanted again the next year.

I don’t have a lot of garden space in my backyard these days, but I think next year I will give moringa a try, just for fun. Do any of you have experience with the Moringa plant? We would love to hear all about it. 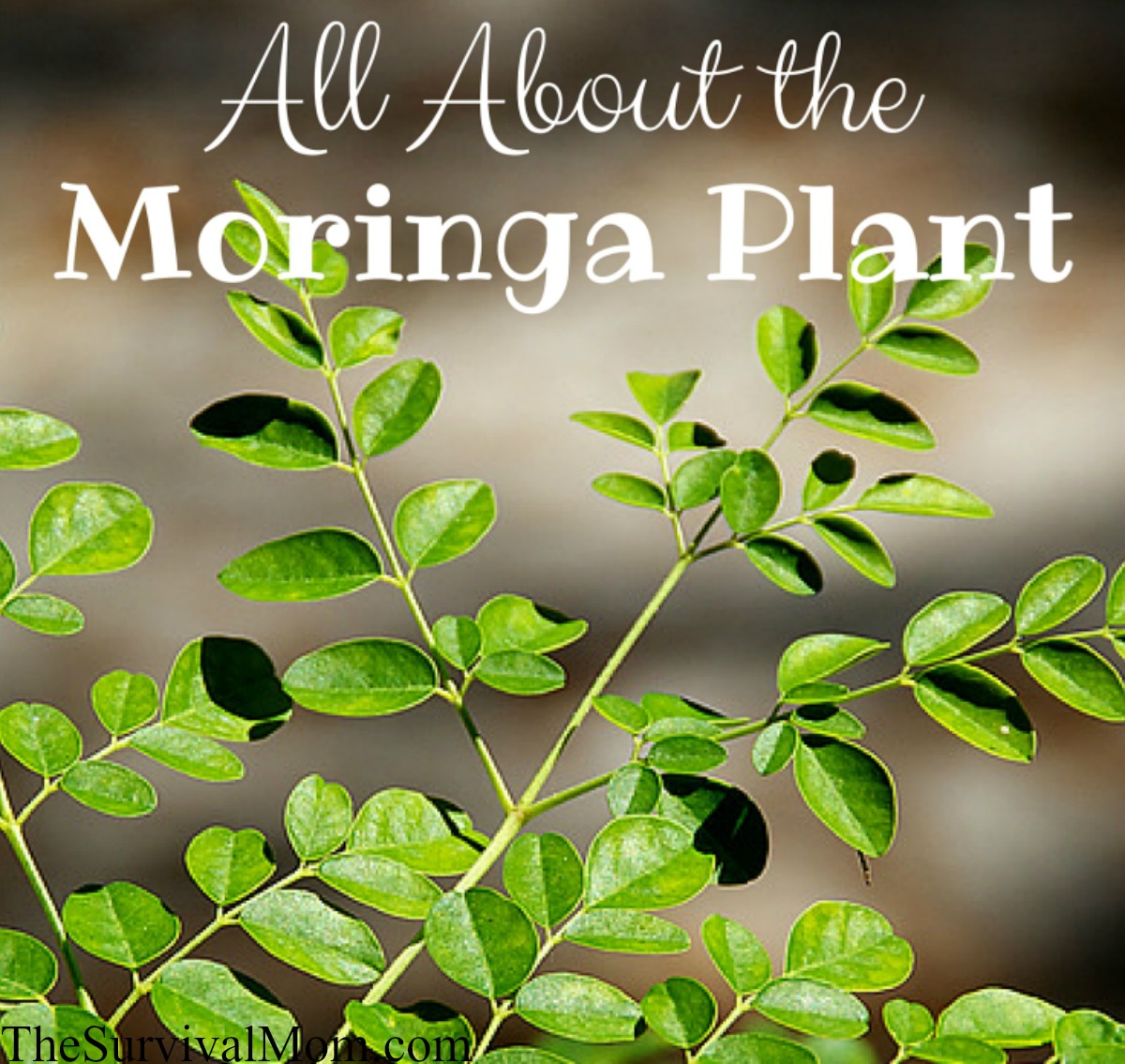 Win a packet of Moringa seeds!

Karen of Blue Yonder Urban Farms is donating packets of 25 Moringa seeds to 4 lucky Survival Mom readers! Enter the giveaway using the form below. Winners will be selected at random on October 26, and notified by email no later than October 27. Winners have 48 hours to respond.

38 thoughts on “All About The Moringa Plant”