Skip to content
10 shares
Some of the links in this post may contain affiliate links for your convenience. As an Amazon associate I earn from qualifying purchases. 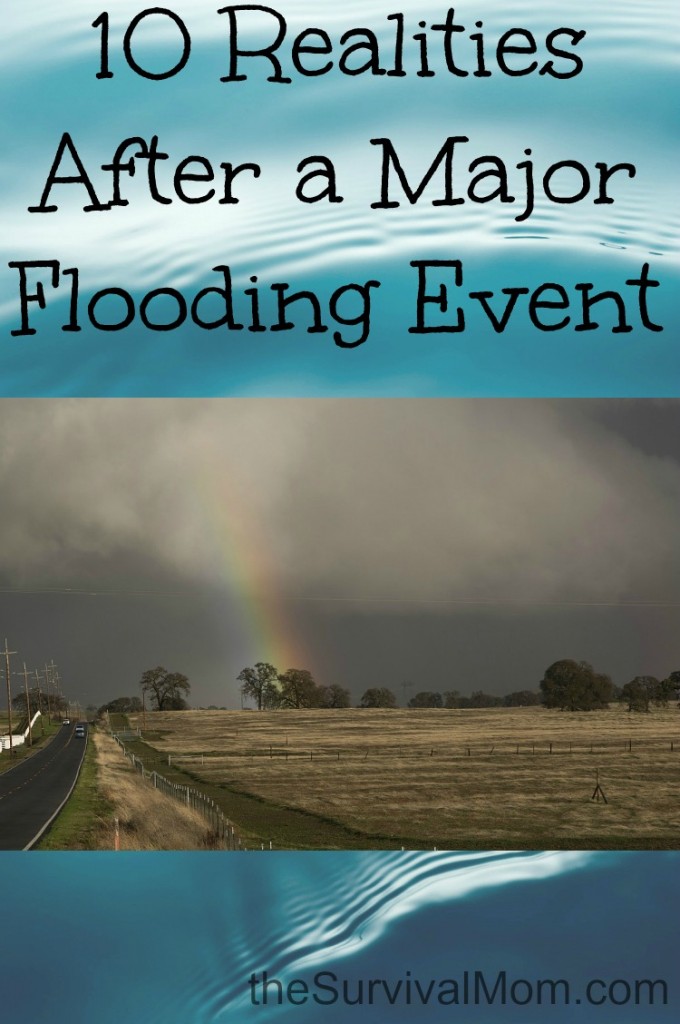 So a hurricane has hit your town or a major flooding event. Your family survived the disaster and it’s time to go back into your community and rebuild your lives. Here’s some of the realities that we didn’t expect about our lives after Hurricane Katrina.

In a flooding disaster, the first inch of water is the most devastating. The water ruins floors and everything that touches the water as this man discovered a few years back in a major flood in Calgary:

One of my husband’s very favorite customers is a wealthy gentleman from Canada. This fellow has an impressive collection of custom-designed and hand-made motorcycles. Heck, he designed them himself. Mr. Motorcycle.

Calgary, the one that was nearly washed away by flood waters, and that’s where our survival story begins.

This fellow knew about the flooding but like so many of us, he lived a very comfortable life. One in which, “It won’t happen to me, or if it does, I have plenty of money in the bank to handle anything.” In fact, when Calgary police came by his house and suggested he evacuate, he figured he’d be fine. The last time his home was “flooded” he ended up with a muddy front yard.

He took a few precautions, such as moving his motorcycles from the basement to the first floor of his home, and then he went to sleep Thursday night, safe and sound in his beautiful home. During the night he woke up to some loud sounds coming from downstairs and when he went to see what was happening, it was flood waters coming through his windows!

He managed to escape through a backdoor, got in his Lexus, and began racing down the street, only to have his car flip over in the rising waters. For a short while, he was trapped underwater until the car rolled back over.

Fortunately, he was able to get out but at that point, he had only one thing with him: his cell phone. His wallet, ID, passport, cash, absolutely everything was left in his home, and he had just watched that float down the street, along with a valuable collection of original art.

Going back to Mr. Motorcycle, thank God for good friends! As of yesterday, we learned that he was staying with a friend and recovering from the whole incident. Several of his employees were trapped on the top of their office building, and I have no doubt that Mr. Motorcycle is moving heaven and earth to make sure they are rescued and reunited with their families.

Be prepared, as well as you can, but expect to find that you weren’t as prepared as you thought when a flood happens. Until you experience one yourself, it’s hard to understand how destructive they can be.

5 thoughts on “10 Realities After a Major Flooding Event”