Skip to content
51 shares
Some of the links in this post may contain affiliate links for your convenience. As an Amazon associate I earn from qualifying purchases. 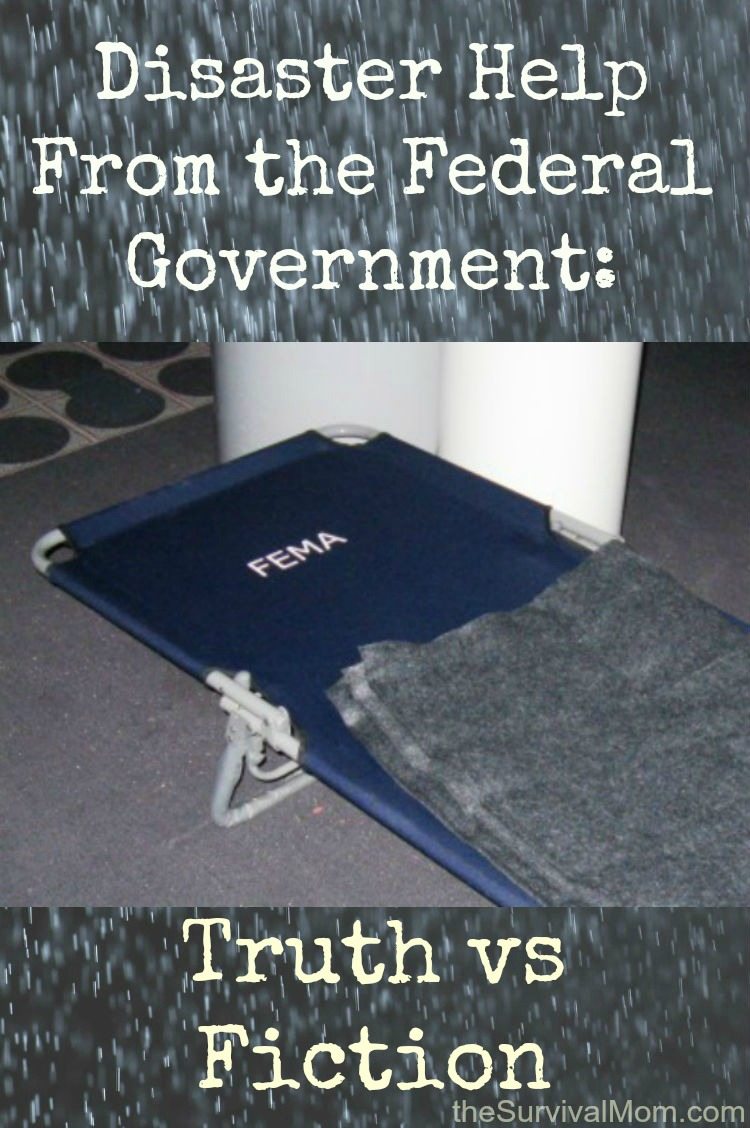 When you hear or read “FEMA” (the Federal Emergency Management Agency), what is your reaction? Other than the Internal Revenue Service (IRS), FEMA is the one Federal agency that tends to evoke reactions ranging from hope to despair, anger to annoyance, and fear to paranoia.

Some of the criticism is very fair. As a former FEMA employee, I sympathize with the frustration felt by the public for some of its actions. On the other hand, I don’t buy in to a lot of the fringe theories of “FEMA Camps” or fears that FEMA somehow is preparing to imprison large numbers of Americans. Frankly, I don’t think they could accomplish that!

So let’s talk about federal disaster assistance. The good news is that the Feds are SO much better at disaster response and recovery than they were prior to Hurricane Katrina (2005) and Superstorm Sandy (2012).

Keep in mind that FEMA is mainly the coordinator of the myriad of Federal agencies that are players in disaster assistance. Under the National Response Framework, the federal government’s emergency plan, FEMA actually provides only a few direct services to disaster victims.

Here are some basic concepts to keep in mind:

FEMA Disaster Assistance is regulated by the Stafford Act, a federal law. After President Jimmy Carter created FEMA by Executive Order in 1979, he transferred the responsibility for several different Federal disaster activities to FEMA.

The Congress hereby finds and declares that –

(1) because disasters often cause loss of life, human suffering, loss of income, and property loss and damage; and

(2) because disasters often disrupt the normal functioning of governments and communities, and adversely affect individuals and families with great severity; special measures, designed to assist the efforts of the affected States in expediting the rendering of aid, assistance, and emergency services, and the reconstruction and rehabilitation of devastated areas, are necessary.

(b) It is the intent of the Congress, by this Act, to provide an orderly and continuing means of assistance by the Federal Government to State and local governments in carrying out their responsibilities to alleviate the suffering and damage which result from such disasters.

The Influence of Homeland Security

After the September 11, 2001 terrorist attacks, FEMA was placed under the new Department of Homeland Security via The Homeland Security Act of 2002. In some respects, FEMA was weakened due to personnel and responsibilities being transferred to other agencies, and the government-wide emphasis on preventing terrorism. Responding to natural disasters was given a lower priority than responding to terror.

We paid the price for that change in Hurricane Katrina.

The nation observed the inadequate response to the victims of Hurricane Katrina in 2005 by FEMA and much of the rest of the federal government. The failures and deficiencies exhibited by FEMA in the response to Hurricane Katrina resulted in the Post-Katrina Emergency Management Reform Act of 2006. The PKEMRA Act restored to FEMA much of the autonomy taken in the Homeland Security Act of 2002, and strengthened FEMA’s status within DHS. A lot of good changes came out of the pain of Katrina.

Then came Superstorm Sandy in 2012…and criticism of the FEMA response again. In July 2012, FEMA published the “Hurricane Sandy FEMA After-Action Report.” While acknowledging the strengths of the FEMA response, FEMA Administrator Craig Fugate recognized the shortcomings:

“We also recognize where work remains to further improve. We still do not go big enough, fast enough, or smart enough. Building on our experiences from Sandy, we will continue our efforts to prepare for catastrophic events and not rest on past performance. We still plan for what we are capable of doing. We still train and exercise for what we can manage. We must plan, train, and exercise even bigger to fracture the traditional mind set. We know that it is reassuring to survivors to see government representatives who are actively engaged in the area of impact. We are an organization in which every employee, full-time or temporary, has an integral role in reducing the suffering of survivors and supporting communities toward recovery.”

The Stafford Act established categories of assistance that can be provided to state and local governments in disasters. In many significant events, FEMA can provide financial assistance for major wildfires through Fire Management Assistance Grants, and funding for Debris Removal from public right-of-ways and for Emergency Protective Measures to prevent loss of life or property. But for the average citizen, FEMA has little to offer in minor-to-moderate disasters. Other federal agencies like the Small Business Administration may be able to offer low-interest loans to businesses and homeowners, but that’s about it.

In more significant disasters, if the President declares a Major Disaster, AND designates that Individual Assistance is to be provided to victims, a host of programs and assistance programs become available; descriptions are available at: http://www.fema.gov/disaster-assistance-available-fema.

Advice for the Disaster Victim

Few people are made whole through government disaster relief programs. Homeowners’ and Renters’ insurance is a far more reliable and predictable source of aid after a disaster strikes; especially in the specialty areas of flood and earthquake insurance, your insurance agent can protect you much better than any government program.

You have so much more control over your future when you plan ahead and don’t rely on help from government that may not ever come.

9 thoughts on “Disaster Help From the Federal Government (FEMA): Truth vs. Fiction”