Skip to content
256shares
Some of the links in this post may contain affiliate links for your convenience. As an Amazon associate I earn from qualifying purchases. 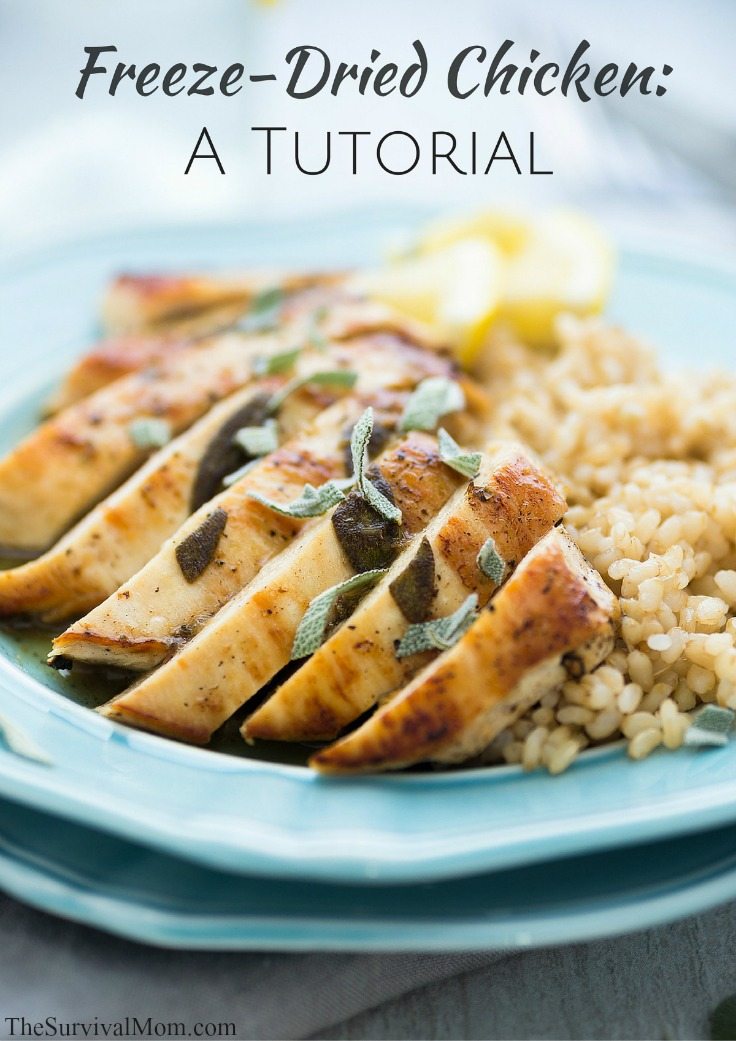 Of all the freeze-dried meats on the market, chicken is the one I use the most. It’s such a part of my everyday cooking that I was a bit surprised to hear someone say just this week that they weren’t entirely sure how to cook with it. Well, let me tell you.

How many recipes are there in the world that call for “one chicken breast, cooked and chopped?” Usually when I see something like that, I immediately think of the overhead required to thaw the chicken, cook it, and chop it up before I can get to the rest of the recipe. When I only have 45 minutes to throw a meal together for a hungry family, that’s the last thing I want to do. Freeze dried chicken takes out those extra laborious steps. Just rehydrate it and you’re golden. Specific instructions may vary, depending on the brand you’re using, but typically rehydration involves letting one part freeze dried chicken chunks stand in 2 parts water for 5-15 minutes. After the requisite time, I use my handy kitchen strainer to pour off any excess water.

Because it’s already pre-chopped and pre-cooked, freeze dried chicken is excellent for quick casseroles, chicken salad, and chicken noodle soup. Here are 3 of my tried-and-tested recipes using this handy food.

This is one of my family’s most favorite meals. It’s not terribly authentic because it is more of a tortilla lasagna than anything, but it’s still tasty and doesn’t take a lot of time to make.

green chiles – optional (My kids just pick them out, so I tend to omit them.)

In a 13 x 9 inch pan, put down a tortilla layer, breaking them in pieces in order to cover the whole bottom.

Spread a thin layer of the chicken and cheese filling, then cover with another layer of tortillas. Alternate layers until you run out of filling, ending with tortillas.

Pour the remaining enchilada sauce over the pan, and sprinkle with remaining cheese. Bake for 25 min or until bubbly.

Chicken salad is many things to many people, which is the primary basis of its appeal. All chicken salad has chicken and mayonnaise as the primary ingredients. It can be easily customized, according to preference and availability of ingredients, by adding:

Here is where experimentation is truly king. If you don’t already have a favorite way to make chicken salad, I encourage you to add or subtract ingredients until you find one. If mayonnaise isn’t really your thing, you can also use sour cream or even plain yogurt instead.

Making soup with freeze-dried chicken is even easier, because you don’t even have to rehydrate the chicken ahead of time! Just make your soup as you normally would. Add 1/2 cup or so of chicken chunks into the pot once other ingredients are cooked through. Since the chicken doesn’t have to actually cook, just rehydrate and heat up, it’s okay to add the chicken toward the end of the cooking time. This is usually about when I add noodles as well.

NOTE: It’s okay to make soup without a recipe! It’s super easy with this tutorial.

Some people might think that freeze-dried chicken is one of those fluffy “luxury foods” for emergency preparedness – too outer-spacey and high tech for every day use by actual people. Not so! I like to keep a can on hand at all times. After you get used to cooking with freeze-dried chicken, you’ll start to think of fresh or frozen chicken breasts as a waste of time and motions (at least when it comes to making a quick dinner).

A quick word on taste: I used to cook with a lot of canned chicken for the same reasons I now use the freeze-dried version. The thing with canned chicken, though, is that it doesn’t have nearly the shelf-life. Also, and I think anyone who has eaten chicken out of a can will agree with me, it does have a residual taste that you don’t usually find when eating fresh chicken. If you’re worried that freeze-dried chicken will have a weird taste that can only be described as “ugh,” don’t. This very week I made a freeze-dried chicken meal for my family, and I was pleasantly surprised by how normal it tasted. You never would have guessed that this meal came from a can!

If you don’t already have freeze-dried chicken as part of your food storage, I encourage you to change your ways. You won’t be sorry! 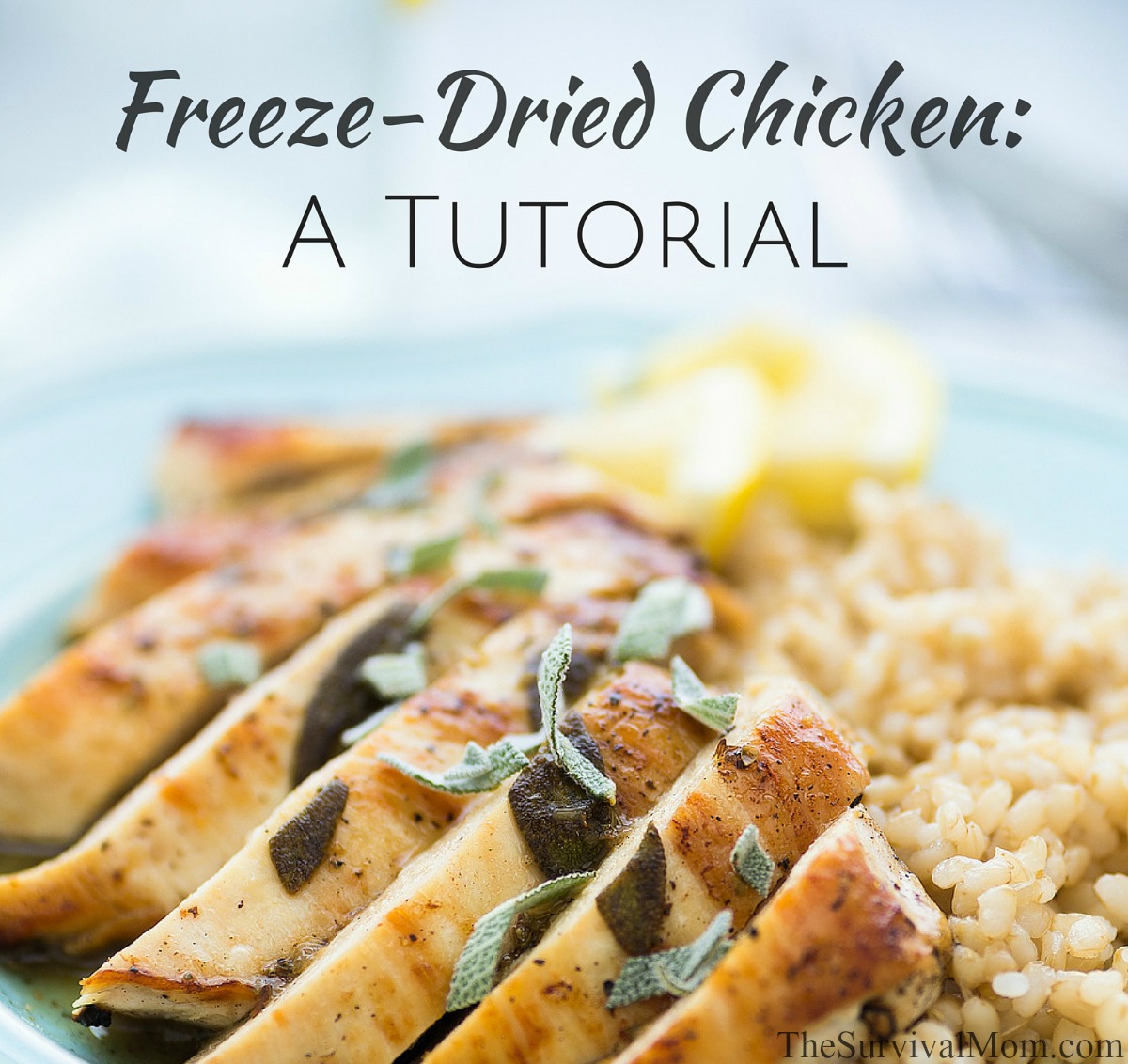 12 thoughts on “Freeze-Dried Chicken: A Tutorial”