Skip to content
796 shares
Some of the links in this post may contain affiliate links for your convenience. As an Amazon associate I earn from qualifying purchases. 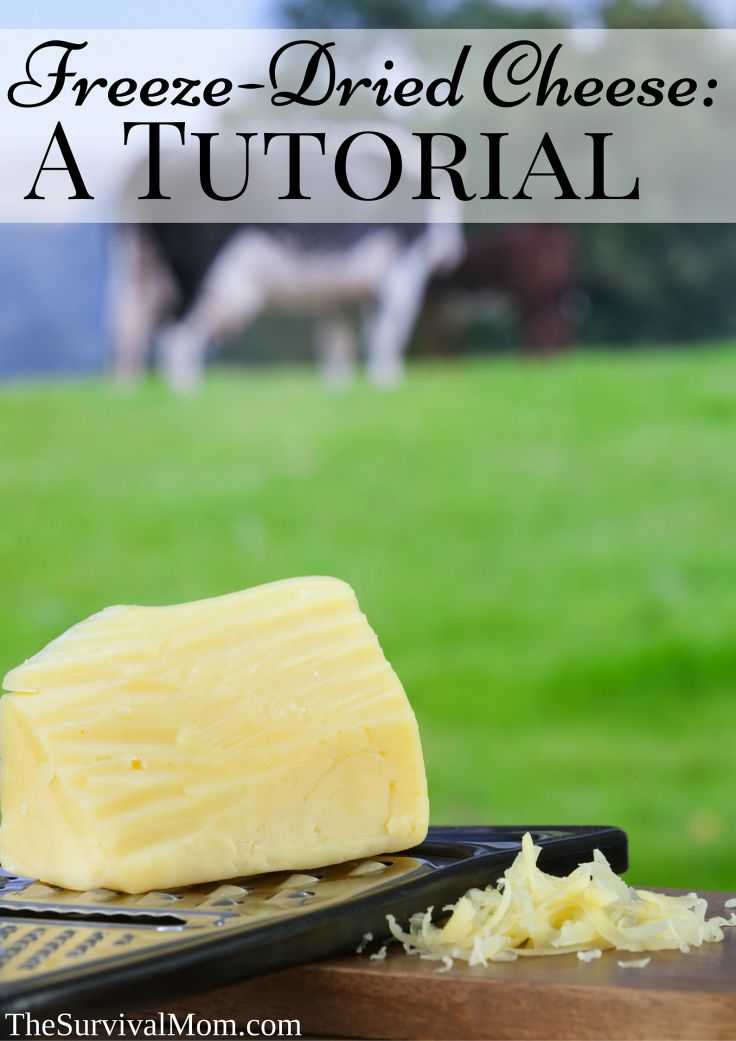 Cheese is one of those staples that many of us have difficulty doing without. It’s used as a key ingredient in lots of things, from cheese and crackers to tacos and casseroles. Unfortunately, the kind of cheese we tend to buy from the grocery store in shrink-wrapped blocks is not made for long-term storage, which is a major problem for those of us who like to plan far ahead.

Some recommend taking your cheddar out of the plastic wrapping to wax it and then leave it at room temperature, but this is controversial because the moisture content of softer cheeses — meaning anything that’s not rock-hard, like Parmesan — can cause the cheese to go rancid, or worse.

Luckily, science has given us freeze-dried cheese to solve just this problem! It may look pricey, but it’s well worth the cost, simply because of its remarkable shelf stability, flavor, and the fact that when rehydrated, it tastes and melts exactly like fresh cheese.

Unopened in the can, it has a shelf-life of 20 years. Manufacturers recommend that it be used within a year after opening. Compare this to regular cheese, which goes “iffy” if you leave it out of the fridge for a while and grows mold after a couple of weeks even when refrigerated.

Don’t be put off by the idea of “cheese in a can”. This isn’t that suspicious “cheese” mix that you put on macaroni. This is actual cheese. Freeze-dried cheese can genuinely be used any way you use regular grated cheese. And the best part is that it comes in several varieties, so you’ll be equipped to make lasagna with mozzarella, enchiladas with cheddar, and quesadillas with Monterey Jack!

I’ve been known to snack on it directly from the can. Tastes a lot like Cheez-It crackers!

How is freeze dried cheese made?

Before the late 2000’s, I only associated freeze-dried items with the “astronaut food” packets you can purchase in science museum gift shops: fun, weird, but not terribly practical for regular people. Today, however, freeze-dried foods are a food storage staple. (Read about the history of freeze-drying here.)

Regular freezing causes ice crystals to form within the food, which can damage the texture, color, flavor, and nutrients of the food. Think, if you will, about frozen strawberries in the frozen food section and how sad they look once they are thawed. In contrast, freeze-dried food is flash frozen so quickly that ice crystals do not have time to form, which preserves texture, structure and taste. From there, the frozen food is placed in a vacuum. This allows for sublimation, so that the water molecules evaporate off; the water goes from solid to a gas without passing through the liquid state. The end result is cheese that looks, smells, and behaves like cheese when used for cooking.

What can you do with freeze dried cheese?

Just about anything! I’ve made pizza, quesadillas, used it with tacos, and have made all kinds of casseroles with freeze-dried cheese. No one in my family noticed any difference, not even my picky toddler. I wouldn’t recommend using it for fresh eating, as with crackers or in a cold cut sandwich, but only for reasons of convenience: it’s pre-shredded, and thus carries the danger of falling off the cracker.

Pizza is one of the most popular items to make with freeze-dried cheese. This recipe uses a tortilla as the crust, which makes for a quick and easy meal.

Rehydrate ingredients according to directions on can.

Combine basil, oregano, garlic powder, and olive oil in a small bowl. Lightly brush one side of tortilla with mixture. Sprinkle equal amounts of meat, green pepper, and tomatoes on each tortillas.

Top with cheese, place on middle rack of the oven and bake for 8 minutes or until crisp.

*Fresh versions, using the same amounts, can be used instead of freeze-dried.

Learning how to use freeze-dried cheese is simple; it’s a super versatile and tasty product that I recommend.

17 thoughts on “Freeze-Dried Cheese: A Tutorial”