Skip to content
90 shares
Some of the links in this post may contain affiliate links for your convenience. As an Amazon associate I earn from qualifying purchases. 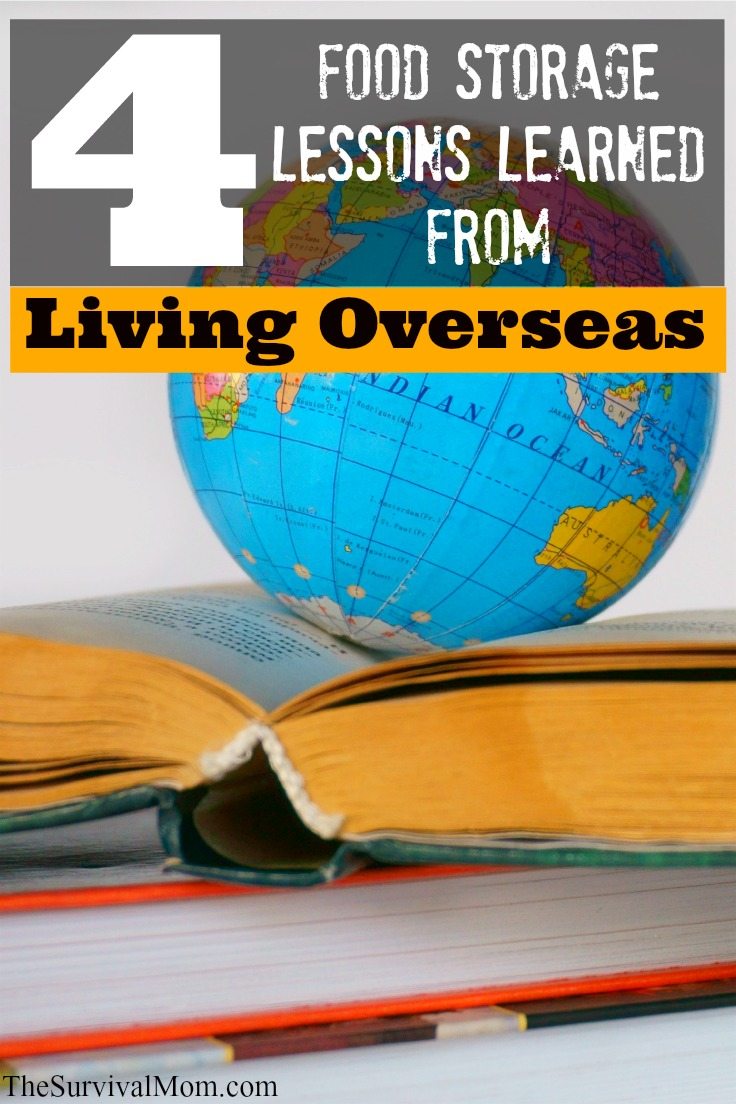 I’ve seen the idea come up in conversations from time to time that acquiring food for long-term storage is pointless when you know you’re not going to live in any one place for very long. It’s a pain to lug it from house to house, and if you end up giving all that food away, you probably won’t have it long enough to need it, anyway.

I see the logic in these arguments, of course, but I feel that food storage is one of those things that everyone should have, no matter the circumstances. The “I don’t think I’ll need it, anyway,” is not the best mindset to adopt, because the truth is that you never know when you will need your food storage.

My family arrived in Saudi Arabia in 1984 when I was the only child and still a baby. When we left shortly before Desert Storm in 1990, I had a little brother and a baby sister. Six years is not a terribly long time, especially in food storage years. Even though we lived in the same town (Dhahran) in Saudi Arabia for the duration of our stay, we changed houses several times. It probably was a pain to move all our stuff – including the food storage – so many times in such a short time. But since Saudi Arabia did not have a significant agricultural economy at the time, most food had to be imported from other countries – specifically, Holland. Additionally, the war between Iran and Iraq had ended only a few short years before. My parents saw the wisdom in keeping some extra food on hand, and we ended up using it.

I learned a lot about storing food while living overseas. Here are a few of the most important food storage lessons learned.

The only milk available for purchase during our years in Saudi Arabia was boxed milk from Europe. This was specially heat treated so it could be stored for extended periods in liquid form at room temperature. Unfortunately, the treatment process gave the milk a slightly “off” taste, similar to what you get with reconstituted powdered milk. I hated the stuff, and to this day it is the reason why I have difficulty choking down any kind of milk that is not flavored with chocolate or strawberries. This was, however, the only milk money could buy.

In the spring of 1986, my mom was pregnant with my brother and we were preparing for a trip to visit relatives in the United States. This was known as “repatriation,” or “repat,” for short. We were going to be gone for several weeks, and my mom knew that the last thing she wanted to do after a 36-hour-long intercontinental journey was haul her pregnant self to the grocery store. She planned ahead and bought lots of extra milk so she wouldn’t have to bother with groceries when we returned to our home.

Thinking, as we all do when it comes to food storage, that “more is more,” she bought three cases, with sixteen liters per case.

While we were in the United States, Chernobyl happened. Apart from the devastation in the area immediately surrounding the nuclear power plant, the radiation contaminated a large portion of the food supply through much of Europe, including the milk that was being shipped to Saudi Arabia. All our neighbors, many of whom had small children like our family, had to endure several weeks without milk and found the experience challenging. When everyone else would get together to lament the milk-less state of things, my mom quietly didn’t mention her stash of milk. Her three cases lasted the family until Europe resumed shipments of milk to the Middle East.

The shelf-stable milk may not have been the tastiest, but my mom was smart to plan ahead, think of her circumstances, and then take steps to make sure we had what we needed.

As a point of interest, some years after this episode Saudi Arabia moved to develop its own dairy industry. This involved high-tech air-conditioned barns in which to house the cows, lest they perish from the intense desert heat.

My flour and sugar story

White sugar is exceedingly shelf-stable and you can keep it stored in your house for decades. White flour is a different story. Because of its tendency to go rancid, it is not usually recommended that you store more white flour than you can reasonably consume in an 18-month period. That said, there are a few times when having more flour than you can possibly use is the very best outcome.

In the summer of 1990, it was decided that my mother would travel with the kids to attend a summer class at a university located near some extended family. My dad didn’t have a lot of paid time off, so he stayed in Dhahran to work and then planned to join us later in the summer. This was June/ July of 1990. If you remember recent history from that time frame, I bet you can see where this is going.

Saddam’s invasion of Kuwait on 2 August 1990 and the subsequent Operation Desert Storm put quite a wrench in our summer plans. And food shipments to the Middle East, once again, were disrupted.

At this same time, American soldiers stayed in the homes of the American expatriates. As is the True American Way, everyone wanted to give homemade cookies to the soldiers, but not everyone had ingredients with which to bake them. With no little kids running around to eat it up, there were plenty of ingredients at my house. Most of those supplies went to neighbors who used them to bake treats for military personnel.

My mom stocked up on milk for convenience, not in anticipation of any specific disaster. In the face of shortages, her forethought proved invaluable.

2) You can’t always anticipate exactly how your food storage will be used.

My parents didn’t have in mind, when they bought their flour and sugar, for it to be used by people other than themselves. Those supplies benefited many more people than just one family.

It’s a universally acknowledged truth that you should keep your food storage quiet, but there are also times where it is good to share. Note that this is not all the time. (See above)

4) It is always worth it to have food storage.

Have there ever been experiences in your family where you have used food storage in a way you did not expect? 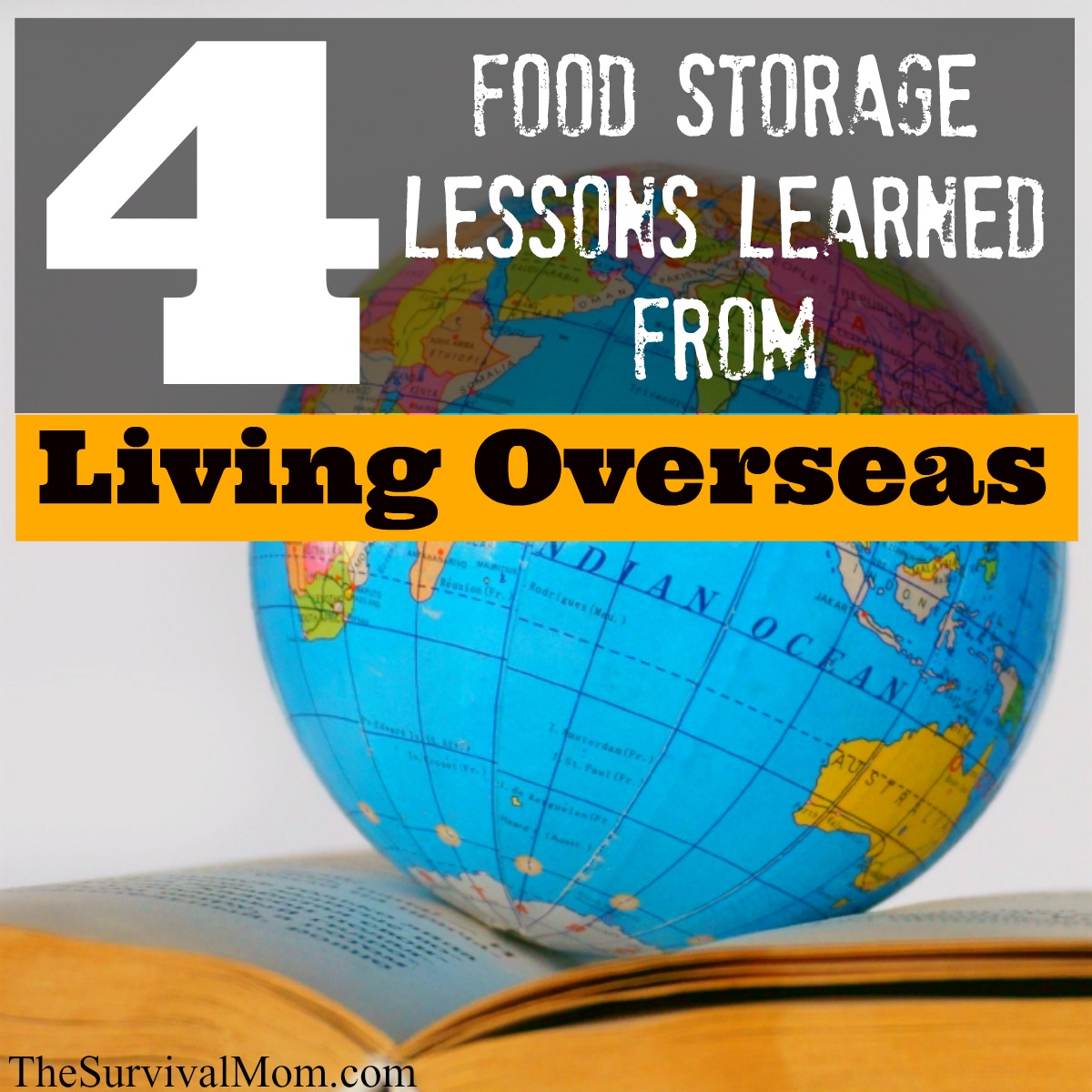