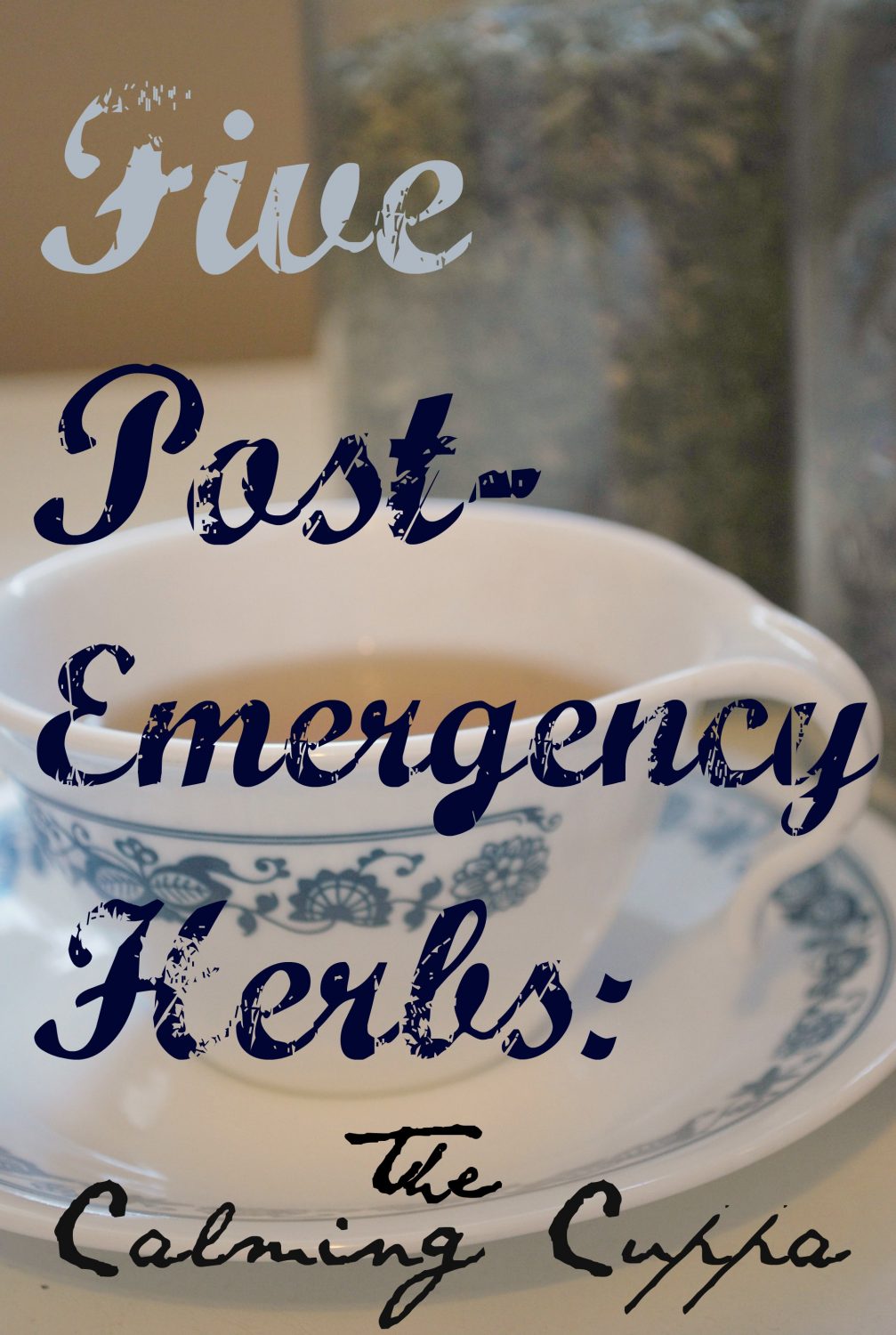 The experience of dealing with an emergency situation can leave you feeling shaken, drained, and upset. Stopping long enough to go through the familiar motions of making a cup of tea can give you a focal point to counter feelings of being scatterbrained and disorganized, but not just any tea will do.

Earl grey, green tea, and other teas made with camellia sinensis (the tea most people are familiar with) could add to your jitters because they contain caffeine.  Turning to herbs that are traditionally considered to be calming and beneficial for the nervous system is a much better idea.

For best results, make sure to purchase your post-emergency herbs in organic, loose-leaf form from a reputable herb merchant. Steer clear of herbal teas that come in ready to use tea bags unless they come from a small company which specializes in strictly herbal teas. Studies have shown that mass marketed brands may contain filler plants, or be adulterated with heavy metals, pesticides, and herbicides.

Although most people think of perfume and potpourri when they think of roses, the petals from red roses are also an important botanical for herbalists. Traditionally, rose petal tea is considered to be very soothing for the nervous system. Modern herbalists often turn to it for helping balance the emotions – especially its ability to provide an uplifting and calming influence. Rose petals pair well with a sprinkle of cinnamon, cloves, or nutmeg and sweetened with honey for a pleasant, exotic flavor.

Linden blossoms, which come from the tree Tilia cordata, make a popular, traditional tea in Europe and in Latin American folk medicine that is reputed to be ideal during times of nervousness, anxiety, and insomnia. Linden has a sweet, pleasant flavor that make it a favorite for many people.

Beloved plant of adults and children everywhere, chamomile is another traditional herb to turn to when one feels fussy and out of sorts. Chamomile can be especially helpful if there is an upset stomach from anxiety or nervousness.There are two kinds of chamomile- matricaria recutita (german chamomile) and chamaemelum nobile (roman chamomile). German chamomile is more common in the herb trade in the United States, but both types are traditionally used in much the same way.

Most widely known as one of the key flavorings in beer, hops (humulus lupulus) has a long record of use as a traditional calming herb and sleep aid. Hops tea has a bitter flavor, but adding a little honey, which sweetens and deepens the flavor, can make it much more pleasant. The German Commission E, an advisory board that focuses on the medicinal use of traditional herbal remedies in Germany, approved the use of hops for restlessness and anxiety.

During WWI and WWII, valeriana officinalis was used in Britain for “shell shock” (what is now more appropriately recognized as a stress response to combat situations), and also given to civilians stressed by constant air-raids. Traditional herbalists viewed this herb as having a potent sedative effect on the central nervous system, and often employed it for cases of epilepsy, severe anxiety, and nerve related pain.

It is interesting to note that not everyone responds to valerian in the same way. Valerian may make some people feel more awake and alert rather than sleepy. If you have pets, be aware that some cats enjoy valerian as much as they do catnip, so they may take an interest in your tea!