Skip to content
130 shares
Some of the links in this post may contain affiliate links for your convenience. As an Amazon associate I earn from qualifying purchases.

For more than a year my husband walked around, worked at his job, went scuba diving, and tried to lead a normal life, all with a broken back. He was in pain 24 hours a day, and his insurance company would only pay for chiropractic treatments. That’s right. To this day he hates insurance companies, and I don’t blame him.

It took a single visit to the right doctor to determine that not only was the pain real but that two of his vertebrae were broken.

So, he knows a bit about pain. 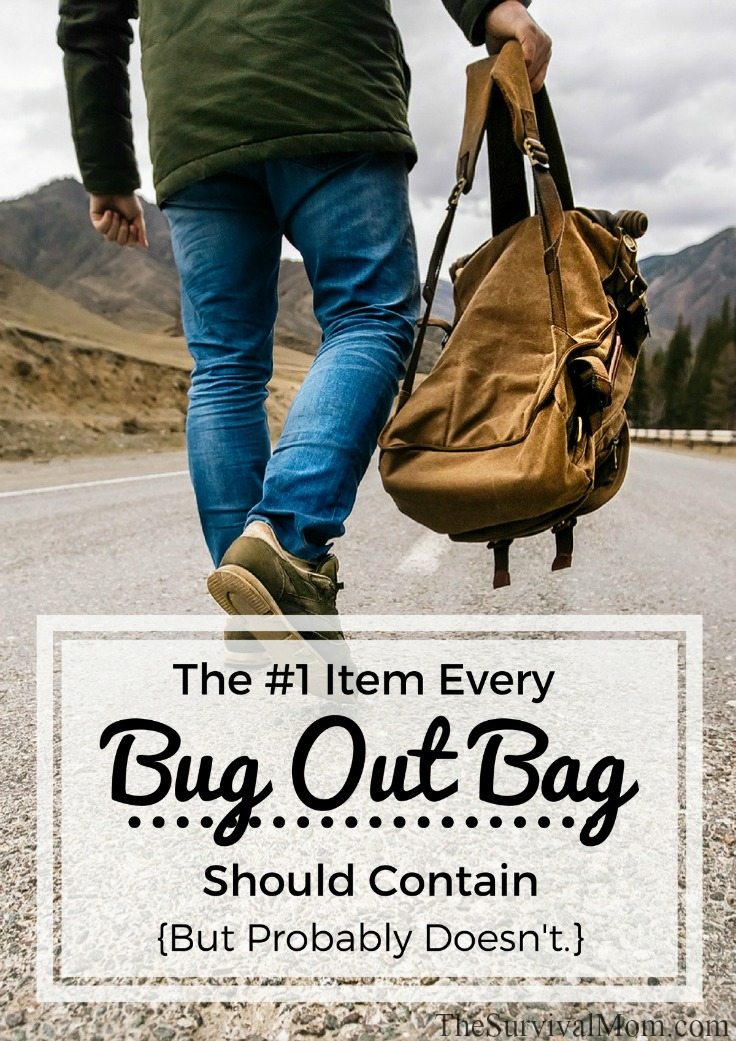 With that in mind, one item I am always sure to have on hand, whether in my car, in my desk, or in a bug out bag is a bottle of painkillers. The pain killer of choice for our family is usually ibuprofen. I’ve also been known to favor a topical product like Biofreeze, which, incidentally is something our local physical therapist uses from time to time.

Why do I think painkillers, or pain relief, are a vital addition to your bug out bag? Because no one can accomplish much, travel far, carry much weight, or assist others if they’re in pain. Even a blister or two on the heels can slow down the strongest and best-prepared prepper and an ingrown toenail? You might as well lie down on the side of the road and tell your survival group, “Go on without me.”

In a dire emergency, from the loss of our power grid to a natural disaster that destroys your home, you will be on your feet more, the sedentary lifestyle will be but a memory, and you’ll discover muscles (and pains!) you never knew you had. So, it makes sense to stock up on pain relief medications in order to walk just a little farther, carry the toddler a little farther, or set up a campsite when your back is killing you.

While I generally prefer ibuprofen, there are other painkillers that might be more suitable for you and your family or group. Let’s take a look at them.

NSAIDs as an effective bug out bag pain relief

NSAIDs (nonsteroidal anti-inflammatory drugs) are one of the most common categories of painkillers and have brand names you’ve surely seen around: Bayer, Bufferin, Excedrin, Advil, Motrin IB, Aleve. Their generic names are aspirin, ibuprofen, and naproxen.

Aspirin’s active ingredient has been used for more than 2,000 years and is the original medicine for all aches and pains. Its history is fascinating, and it’s been one of the most researched drugs ever. This article explains how willow and aspirin are similar and this article tells how to use willow as a pain killer, in a pinch. You can count on aspirin to reduce the pain in muscles and joints and for toothaches. Doctors prescribe it on a regular basis to reduce the risk of heart attack and stroke.

The main warning a bottle of aspirin carries is that it can cause stomach irritation and bleeding. If you have ulcers, a bleeding disorder, or kidney or liver problems, you should talk with your doctor before planning on using aspirin as your pain killer of choice. Aspirin shouldn’t be given to children under the age of 2 and any child or teenager recovering from chickenpox or the flu.

Still, aspirin is readily available, inexpensive, and can be effective for years after the so-called expiration date stamped on the bottle. You can expect to feel relief from your pain within 15-20 minutes and get the full effect of the aspirin within 49-100 minutes, based on a dose of 500 mg.

For the most part, this is what I always try to have on hand. I’ve found that it’s quite effective for headaches and when anyone in the family has body aches from a cold or minor episode of the flu. This is a good choice for bringing down a fever and can even help with migraines, arthritis, and with pains caused by an injury. Like aspirin, ibuprofen can irritate the stomach, although it generally has fewer side effects.

For a few months, I was taking a prescription version of ibuprofen with a dose of 800 mg, twice a day. It was effective, but after a couple of months, I had to switch to a naproxen pill due to stomach pains. For this reason, it would be a good plan to have on hand painkillers from the 3 different categories of NSAIDs. If you begin to suffer side effects from one, you can switch to a different one while still continuing to manage the pain. With larger doses beyond the typical dosage of 200 mg every 4-6 hours be sure to talk with a doctor first. Ibuprofen can be very unsafe taken in large doses or for extended periods of time.

A dose of ibuprofen will start to kick in within 20-30 minutes when taken on an empty stomach, so keep an eye on your pain level and take that dose before the pain becomes extreme. Ibuprofen should be taken with food.

Naproxen is another type of NSAID that many experts recommend for the type of muscle aches and pains you get from a workout or vigorous physical activity — something you might expect in a SHTF scenario. It’s also used to treat the pain of gout and osteoarthritis, tendonitis and menstrual pains as well as bursitis.

Like aspirin and ibuprofen, naproxen can also irritate the stomach and it’s not something to take over a long period of time as it can increase the risk of a heart attack or stroke. Risks seem to be higher for older adults. A pregnant woman shouldn’t take naproxen during the last trimester as it could harm the baby.

If naproxen is your choice of NSAIDs, it will take about 45 minutes before it fully takes effect.

Studies have found that NSAIDs (excluding aspirin) increase the risk of heart attack and stroke when taken regularly. NSAIDs can also reduce blood flow to the kidneys, so if you choose to take them, be sure to stay well-hydrated. Just because these are over-the-counter meds does not mean they are meant to be taken daily, over long periods of time

Generally, your best option is to take the least risky drug, at the lowest dose you need to control your pain, for the shortest amount of time possible.

In the past, I’ve been able to stock up on various OTC meds for cheap by watching for coupons and store sales. Often you’ll see coupons for Advil Junior, Advil Children’s Ibuprofen, and other versions of NSAIDs for kids. Read the directions and warning label carefully to make sure that particular medication is safe for your child.

NSAIDs should be given with food in order to alleviate any stomach pains associated with them and NSAIDs have been known to make kids sun sensitive as well. If they’ll be spending time outdoors, apply sunscreen so you don’t have a sunburn to worry about on top of their other complaints!

The second category of OTC painkillers is acetaminophen, Tylenol being the best-known brand. Since acetaminophen isn’t a NSAID, it won’t irritate the stomach but it also won’t reduce inflammation. Instead, it’s usually given for headaches, muscle aches, back pain, colds, fevers, and toothaches. It’s generally quite safe when taken as advised, but it’s also easier to overdose on acetaminophen, and too much can be fatal.

If you’re taking other meds, check the label to see if they include acetaminophen (sometimes abbreviated APAP) and if so, add up the total number of milligrams you are taking. Since acetaminophen is a common ingredient in other medications, it’s possible to overdose without realizing it. 2600-3000 mg is the maximum daily dose for an adult, whether taken straight up as a Tylenol capsule or in a combination of other medications taken throughout the day.

Ask your doctor or pharmacist for their recommended dosage, but generally, a dose of acetaminophen and one of ibuprofen taken alternately every 4 hours is safe for most people and is what our doctors have recommended to us over the years.

What about prescription painkillers?

I’m extremely wary about all painkillers, even though I recommend their inclusion in emergency kits and bug out bags. I’m especially wary when it comes to prescription painkillers, and have had friends become addicted to them. Having said that, there are times when the strongest possible pain medication is called for.

This is a tricky area because, first, without advice from a doctor or pharmacist, giving a Tramadol, Vicodin or Percocet, for example, to someone with pre-existing conditions or allergies could be deadly. Dosages are based on weight and the health history of the patient.

Technically, it’s illegal to give prescription medication to anyone other than the person it was prescribed for. True, in a worst case scenario this isn’t likely to be an issue, but all the same, it’s something to be considered for your bug out bag.

Most of the focus here has been on OTC painkillers because they are generally very effective and give quick relief. Natural remedies, though, shouldn’t be overlooked. Be aware, though, that just because a remedy is “natural” doesn’t mean that it won’t interact with other medications you may be taking with negative results. Also, try out any of these herbs ahead of time to see if they are effective or not.

Here are a few common herbal and natural remedies for pain that would be practical to include in a bug out bag.

There are many other herbs that may help with pain, so continue researching and testing to see what is most effective for you. Then, put several doses of that herb in a water-tight container in your bug out bag. Another tip is to research natural painkillers in this book about foraging and learn how to identify these plants, so you’ll be able to access them if you’re ever out of range of a pharmacy or doctor’s office.

The best practices for dealing with pain are, first, identifying all the possible causes of the pain and eliminating as many as possible. If the pain persists, then it’s vital to know about the individual OTC drugs, their potential side effects, and how they are best utilized. A well-equipped first aid or medical kit would contain a bottle of each drug that is safe for you and your family members to take, including infant and children’s versions. The charts on this website provide a good summary of information that you can save to your computer and print out.

If you want to carry smaller amounts of these meds, then a vacuum sealer is your best friend. You can create very small pouches using a Food Saver type bag. Use the smallest size bag you can, seal several doses inside, and then trim the edges to create a tiny, sealed pouch. Use a Sharpie to label the pouch with the name of the drug and dosage. You can read more about using a vacuum sealer for things like this here.

Finally, take some time to educate your family members about the safe use of these medications. At some point, it may be up to one of your children or grandchildren to either take a pain killer dose themselves or provide that med to a family member. They will need to know what is safe and what isn’t. 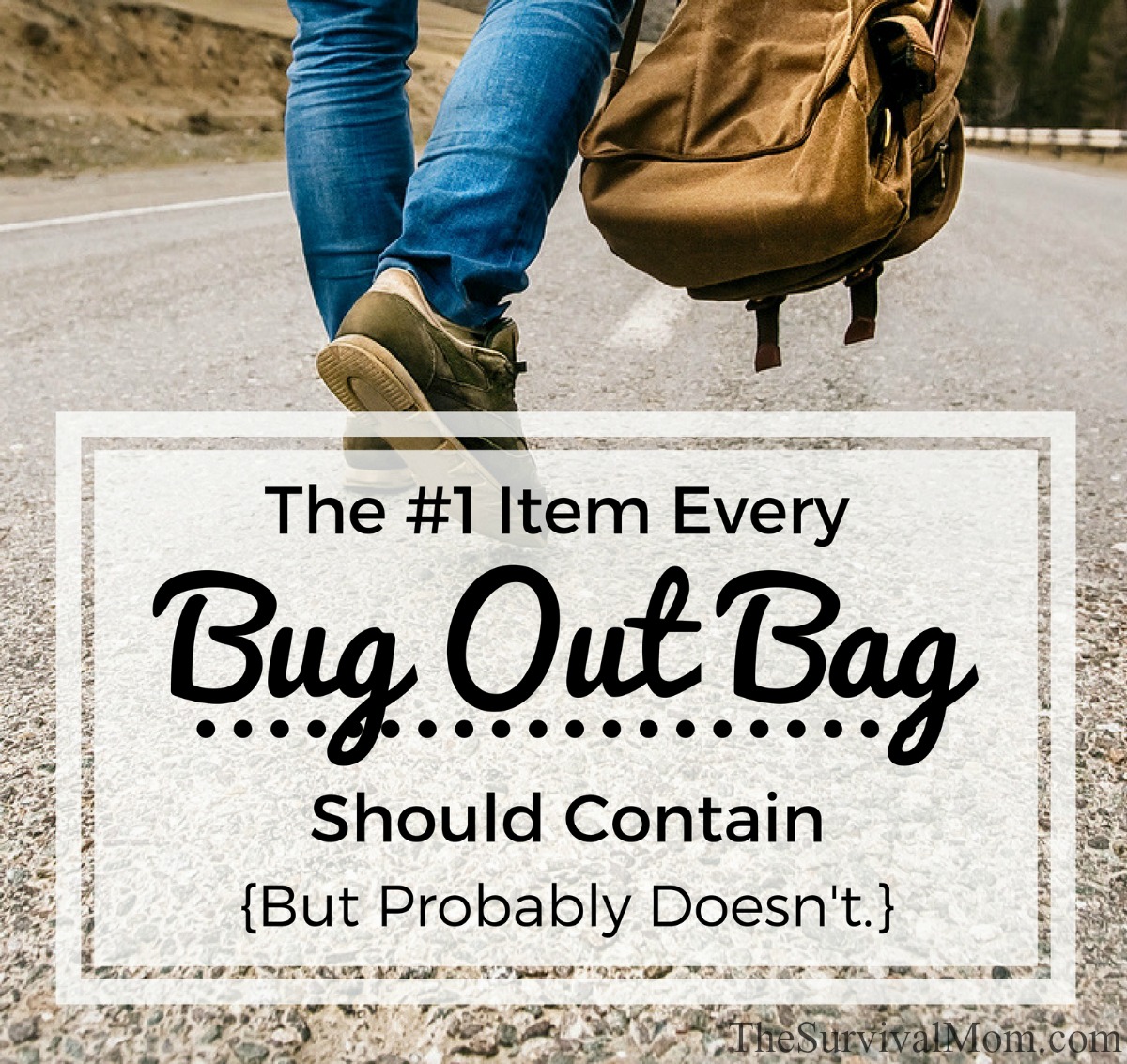