Of all the grains we’ve written about here on TheSurvivalMom, barley has never been mentioned.  In fact, up until a few months ago, I never gave barley a thought.  Lately, though, I’ve been incorporating more barley into my recipes at home and have to say, I’m enjoying it’s hearty flavor and texture. 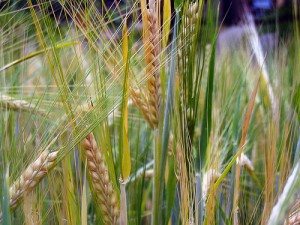 There are many reasons to use, and store, barley.  This amazing grain can actually fight diabetes, but wait!  There’s more!

I was astonished to learn about all the health benefits of barley.  In fact, in a recent study, men who ate a diet high in barley consumption had their cholesterol levels drop by as much as 20%!  In spite of that, more than 75% of all barley grown in the United States is used either for livestock feed or in beer-making!  For those of you planning on making your own beer, you might want to get barley established in your garden now!

There are few grains more versatile in cooking than barley.  It can be chopped, ground, cracked, boiled to make a tea, and even cooked in a rice cooker!  Try adding a couple of tablespoons to your favorite soup, stew, and casserole recipes for great texture and flavor.  Remember to add extra liquid, since the barley absorbs liquid as it cooks.

Naturally, adding barley to a food storage plan is a smart move.  What is commonly sold in grocery stores is pearled barley, which has had the thin hull removed by a grinder.  This version of barley will have a longer shelf life than hulled barley.  Hulled barley has the hull in place and is more nutritious.  However, as is the case with brown rice, the hull contains oil, which becomes rancid over time.  For storage of either variety, keep them in airtight containers in a cool place.  If wrapped tightly to protect against moisture, they can even be stored in the fridge or freezer.