Skip to content
73 shares
Some of the links in this post may contain affiliate links for your convenience. As an Amazon associate I earn from qualifying purchases. 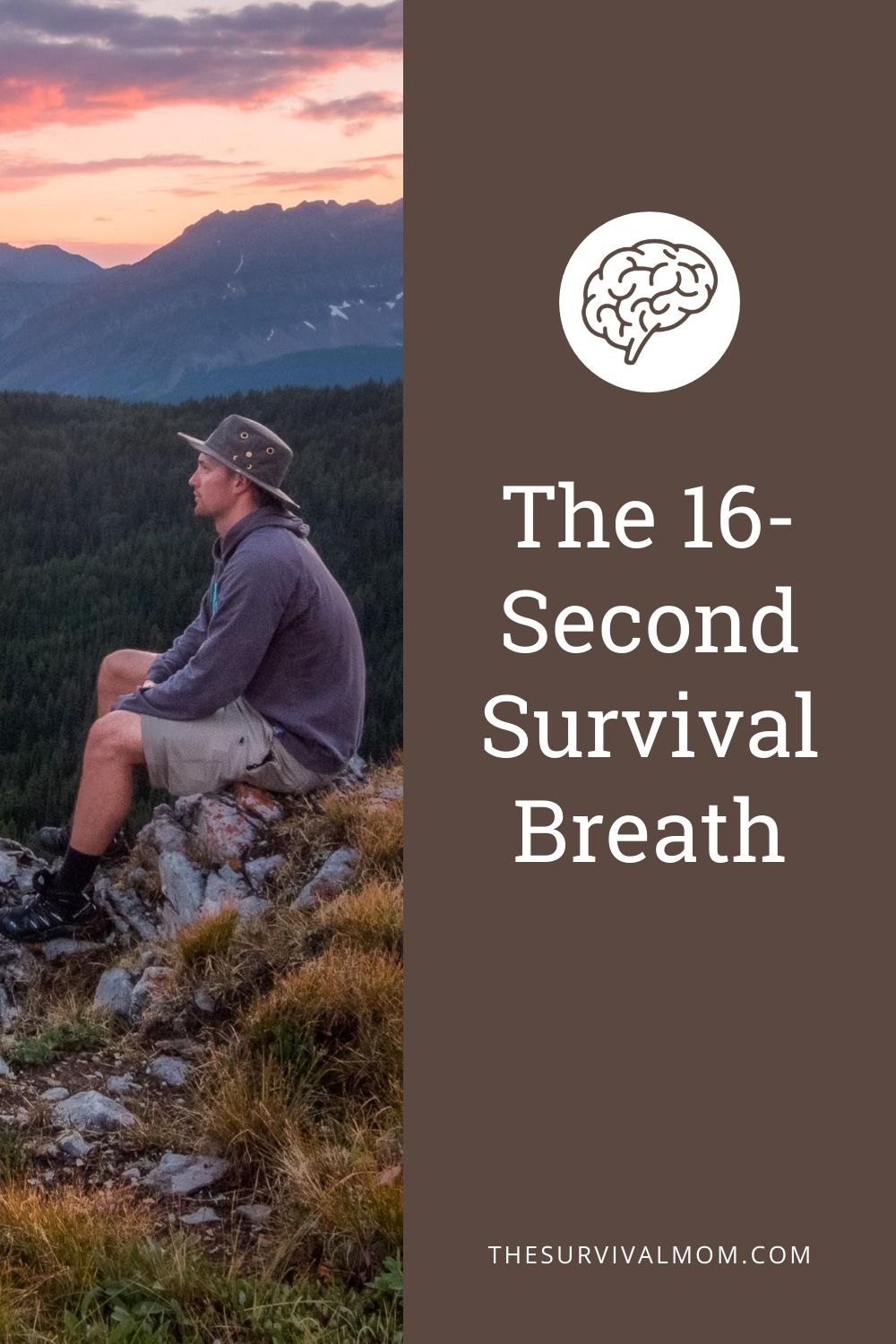 When I think about it, I still get a queasy feeling in my stomach from a scenario several years ago when I was forced to put into practice survival breathing.

It was a sunny day in Baltimore, and I was returning home from a business trip. I had passed through security with flying colors, of course, and was browsing the selection of breakfast sandwiches at a kiosk when I heard the unfamiliar, sudden sound of blaring sirens.

In less than a moment, a dozen or more security personnel appeared out of nowhere, jumping up from cafe tables, riding into view on Segways, all of them racing toward the security checkpoint. At the same time, they were yelling, “Everybody freeze!  Stop where you are.”

In a matter of minutes, every single passenger in the terminal, including me, had been herded into a large group. None of us knew what was going on, and my winter coat, purse, and carry-on bag were becoming heavier by the minute. Some of my fellow passengers looked panicked, a few kids were crying, and I knew that memories of 9-11 were passing through more than just a few minds.

While I stood waiting, I felt myself becoming tenser and tenser. No information was given to us, other than being told to stand here, stay there, now go outside and wait.

Coincidentally, I had been reading Amanda Ripley’s book, The Unthinkable: Who Survives When Disaster Strikes and Why. I remembered her description of, what I call, survival breathing.  It’s a simple technique that forces you to concentrate on your breathing while allowing your body to remain calm.  In an emergency, the worst response is panic, yet it’s also the most natural.

How fear affects our breathing

When I heard those sirens and the yells of security officers at the airport that day, my body reacted in a predictable way.

Immediately upon sensing a threat to my safety, the amygdala in my brain jumped into action and began firing messages that were initially confusing.

At first, I didn’t think the security officers could possibly be talking to me, so I kept walking. I wasn’t doing anything illegal or wrong in any way, and my brain reassured me that all was well. See normalcy bias.

Once I realized that, yes, actually, I DID need to stop walking and stand against a wall, my brain then went into a fuzzy mode as it tried to make sense of this strange situation. I didn’t feel combative, exactly. I just had never been in this type of scenario before and my brain struggled to make sense of it.

I remember that my hands were cold, and my breathing was shallow.

That’s when I began practicing survival breathing right where I stood. As I focused on counting each breath, it gave my brain something logical and predictable to focus on. My breathing became more regular, I didn’t feel the continued rush of adrenalin, and my thoughts became more focused and rational.

Here are the simple directions for this breathing technique.

This technique helped me remain calm even though the sirens and alarms continued to blare and others around me reacted with confusion, irritation, and fear.

In survival situations and emergencies, our bodies usually react in a way that is exactly the opposite of how we want to react and know we need to react! In fact, at times, the brain can become our worst enemy.

It’s easy to say that training is the answer, but how does one train to be prepared for a home invasion, a rollover accident, or a terrorist attack? Practicing and remembering just this simple breathing technique may be what helps you make rational and smart decisions while everyone else around you is losing it.

24 thoughts on “The 16-Second Survival Breath”