9shares
Some of the links in this post may contain affiliate links for your convenience. As an Amazon associate I earn from qualifying purchases. 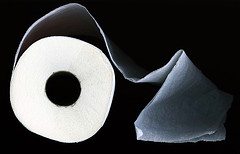 I’ve heard parents refer to their children’s “tummy issues” as “toilet troubles”, but this article isn’t about indigestion or the stomach flu.  It’s about a question that keeps popping up either in emails or comments.  Here are two recent examples:

If during a disaster a person starts running low on water, how does a person plan for a portable toilet in town?

What’s the best way to deal with human waste if the grid is off? My daughter and I came up with the idea of litter box/litter.

Obviously people want to know: What do we do about toilet issues in a grid down scenario?  Or if our well begins to run dry?

Contact with human waste can carry so many diseases that it’s only smart to be concerned.  Some of those diseases are cholera, dysentery, giardia, typhoid fever, and hepatitis.  Clearly we don’t want to return to the days of these diseases running rampant.  So, what’s a mom to do in a worst case scenario?

Here is an excerpt from my book that helps answer this question.

When the toilet won’t flush, or when flushing toilets aren’t within driving distance, having a good, sturdy shovel on hand would be a good idea. However, there are a couple of options a little higher up on the evolutionary scale.

The 5-gallon bucket wasn’t invented just for janitorial use. In fact, it can make a mighty fine, albeit temporary, substitute for your toilet.

Here’s what you’ll need:
A 5-gallon bucket. You can be choosy about the color, but really, in the end, it doesn’t matter.
A snap-on toilet seat will make the experience more comfortable and homey. An old toilet seat works just as well, as long as it doesn’t slip off while holding its passenger.
Heavy-duty trash bags. Plan on using two of these to line the bucket. Commercial liners specifically designed for this purpose can be purchased also.
A supply of kitty litter, sawdust, peat, or dirt.
Unscented liquid bleach, diluted with water in a 1:10 solution.
Air freshener.

Another option I mention in the book is to continue using your bathroom toilet.  Empty out all the water and then follow the above steps beginning with, “Heavy-duty trash bags…”  If you keep the toilet seat and bathroom door closed, the odor won’t be overwhelming.

The problem with both these solutions is that the bagged waste (okay, pee and poop) will have to be disposed of each day.  If you live in a city, this could become a real problem because guess what?  Everyone else around you is dealing with the same issue. City parks, green belts, and the like will soon become makeshift landfills.

Is there a way to reduce the amount of waste in the first place?

A product that I highly recommend is Chemisan.  I interviewed one of the company’s executives for my book and was so impressed by this productand the fact that it had first been developed with third world countries in mind.  Chemisan is a powder that can be sprinkled over human waste and within a few weeks (depending on weather and climate conditions), it turns poop into environmentally friendly compost.  Incredible!

You can buy Chemisan on its own or as part of a combo with the Gotta-Go Toilet, another product I recommend.  The cardboard toilet is designed to be sturdy and long-lasting (for cardboard), but when it’s served its’ purpose, the toilet itself is bio-degradable.  The whole concept is really impressive, and I’m glad some pretty sharp minds have already developed these products.

Although you will still have to bury the waste, within weeks it will become harmless.

Don’t over-worry about this!

Too often we imagine scenarios right out of Hollywood: Mad Max and The Road come to mind.  But keep in mind that these films are pretty far out there in terms of being realistic.  Their intent is to shock and make money, not necessarily in that order.

Yes, an EMP could take out the entire grid in North America, but then again, it might not.  It might affect some areas more than others, some electronics more than others.  There are too many unanswered questions about the potential and likely effects of EMP, and really, it shouldn’t be at the top of your list when it comes to being prepared.  Not even in the Top 5.

Plan for what is most realistic: a fairly short-term emergency.  The last thing government officials want, regardless if it’s city, county, state, or otherwise, is an out-of-control emergency that endangers the lives of millions.  Think about it.  If 75% of the population dies, who will be left to pay taxes??  If at all possible, sanitation services, at the very least, will be up and running as quickly as possible.

A checklist of supplies

To be ready for toilet troubles, here’s a quick checklist of helpful supplies.

*Note: I don’t recommend using re-usable cloth wipes.  There are just too many issues and dangers associated with human waste and in a true emergency, it might be impossible to sanitize them.  Plus, gotta say it, YUCK.