47shares
Some of the links in this post may contain affiliate links for your convenience. As an Amazon associate I earn from qualifying purchases. 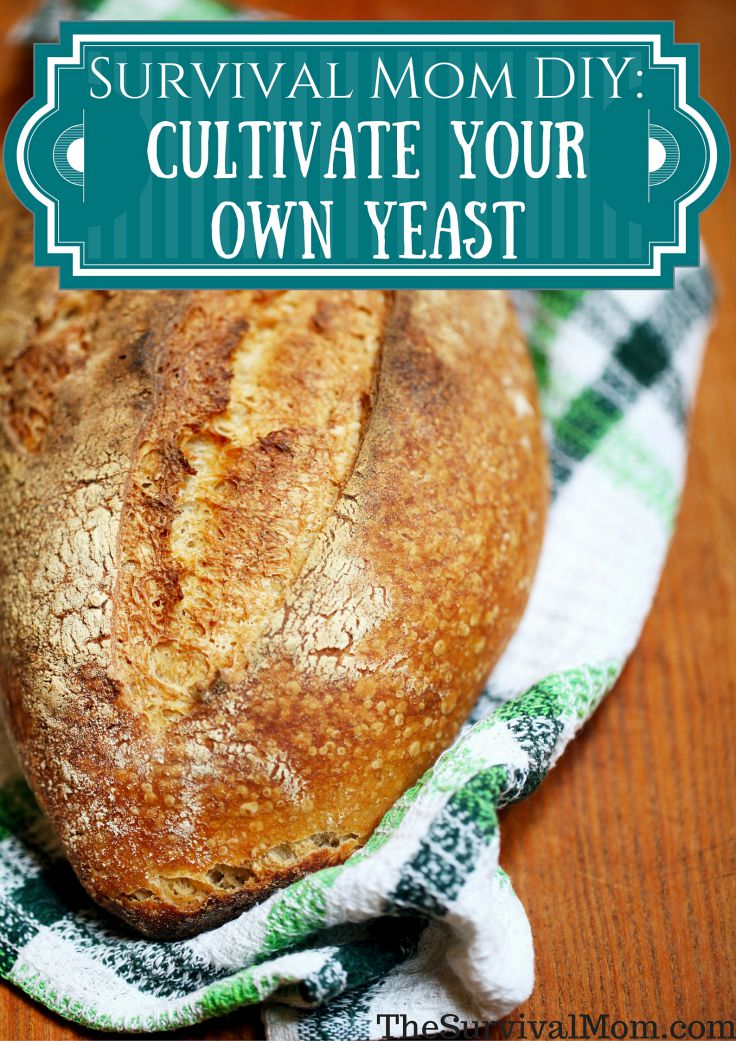 Wheat berries tend to be a large part of most peoples’ food storage plans, with the assumption that the wheat will become bread. Wheat is an excellent food storage candidate because it keeps its nutrition for a very long time – up to 30 years under the right conditions. You can’t make bread with only wheat, though! Ideally you will have at least some salt and some kind of fat – oil or butter. But the crucial ingredient that makes bread bread is yeast.

Most commercially available yeast is one particular strain of Saccharomyces cerevisiae. Anyone who bakes is probably intimately familiar with it – it comes in beige granules and is generally kept in the fridge or freezer for long-term storage. Yeast is a live organism – in its dry form it is kept in a dormant state. Keeping it at low temperatures will extend the life of the yeast dramatically. (Note: if you try to make bread from yeast inherited from your grandmother that has an expiration date of 11 years previously, prepare for disappointment.)

When all is said and done, however, cultivated yeast like S. cerevisiae is a consumable product. And when it comes to consumable products, the question on every prepper’s mind is “What will I do when I run out?”

You can make your own yeast

It is not only possible, but quite simple, to produce your own yeast for bread-making. Off the top of my head, I can think of four methods.

All of these can be considered “sourdough,” because you are cultivating strains of wild yeast for bread making. Sourdough is extremely useful, but it is not a passive kitchen ingredient that can be kept quietly in your refrigerator, forgotten until needed. A healthy sourdough starter must be cared for and treated almost like a pet: woken up in the morning and put to bed at night, and fed regularly.

Caring for and using sourdough involves something of a learning curve. If sourdough yeast is a part of your long-term emergency preparedness plans, don’t procrastinate becoming familiar with it. Be aware, also, that any method of procuring sourdough (short of getting a bit of starter from a friend) will take several days.

It took me several tries to figure it out. The first time, I thought I could keep it in a mason jar, but it “escaped,” as it were, and made a glorious mess in my kitchen. The second time, I tried keeping it in my fridge and it died on me. The third time, I had it for a whole week before the yeast stopped metabolizing the sugars in the flour and started eating the protein. I could tell because it started smelling like paint. No, I am not making that up. I don’t currently have a live sourdough starter, but I know I could obtain one should the need arise.

Method One: Put Your Starter Underneath an Apple Tree

This was commonly used in medieval times. It sounds like an old wives’ tale, but actually can be very effective. Many fruits have yeast cultures growing on the skins. Apple growers refer to the yeast on apples as the “bloom.” When bread dough is placed underneath an apple tree, bits of the bloom flake off and fall into the dough, allowing it to rise. The disadvantage to this method is obvious: if yeast can get into your dough when it’s outside in glorious nature, so can less tasty items like sticks, leaves, dirt, and bird droppings.

But if you like the idea of using apples, you can try this other method which uses just the skins in the relative safety of your kitchen. Organic fruit is best, because the micro-organisms on the skins haven’t been sprayed and/ or washed off.

Raisins are another fruit that have yeast growing on the skins. This is very similar to the apple skin method; just use raisins instead of apple peelings. You’ll find instructions for making yeast out of raisin water here. The advantage of using yeast obtained by this method is that it doesn’t give your baked goods any residual flavors. Sourdough bread can be, well, sour. And some can be really sour.

Boil one quart of Irish potatoes in three quarts of water. When done, take out the potatoes, one by one, on a fork, peel and mash them fine, in a tray, with a large iron spoon, leaving the boiling water on the stove during the process. Throw in this water a handful of hops, which must scald, not boil, as it turns the tea very dark to let the hops boil.

Add to the mashed potatoes a heaping teacupful of powdered white sugar and half a teacupful of salt; then slowly stir in the strained hop tea, so that there will be no lumps. When milk-warm add a teacupful of yeast and pour into glass fruit jars, or large, clear glass bottles, to ferment, being careful not to close them tightly. Set in a warm place in winter, a cool one in summer. In six hours it will be ready for use, and at the end of that time the jar or bottle must be securely closed. Keep in a cold room in winter, and in the refrigerator in summer. This yeast will keep two weeks in winter and one week in summer. Bread made from it is always sweet.

This method is not exactly sourdough, per se, because one of the ingredients is yeast. I have not tried this method because, wouldn’t you know, I’m always fresh out of hops at my house. Like most things, hops and brewer’s yeast also, if you feel so inclined, is readily available from specialty retailers.

Housekeeping in Old Virginia has several methods for procuring yeast, and all of them involve yeast as an ingredient. For more specific instructions for making yeast out of potatoes, click here.

This is the most traditional of all the traditional methods of obtaining yeast. Make a thin batter of flour and water (freshly ground flour is considered to be best) and let it stand in a warm place until it ferments and bubbles form. If you have a squeaky-clean house with no micro-organisms or anything present, you may have some difficulty with this. Because I am kind of a slob, this has never been a problem for me. Some people advocate spitting into the starter to “jump start it,” but the general consensus is that this is gross and a demonstration of poor hygiene.

I like keeping my yeast mixture outside when the temperatures are warm enough but not terribly hot as there is naturally more yeast in the outside air than inside my home.

The very best resource I know of with information about the care, keeping, and use of sourdough can be found at Sourdough Home.  There is so much more to sourdough than merely obtaining your yeast. No matter what method you use to gain your starter, you’ll want to spend some time reading up on how to sustain it. Sourdough is more than a kind of bread – it’s a way of life. 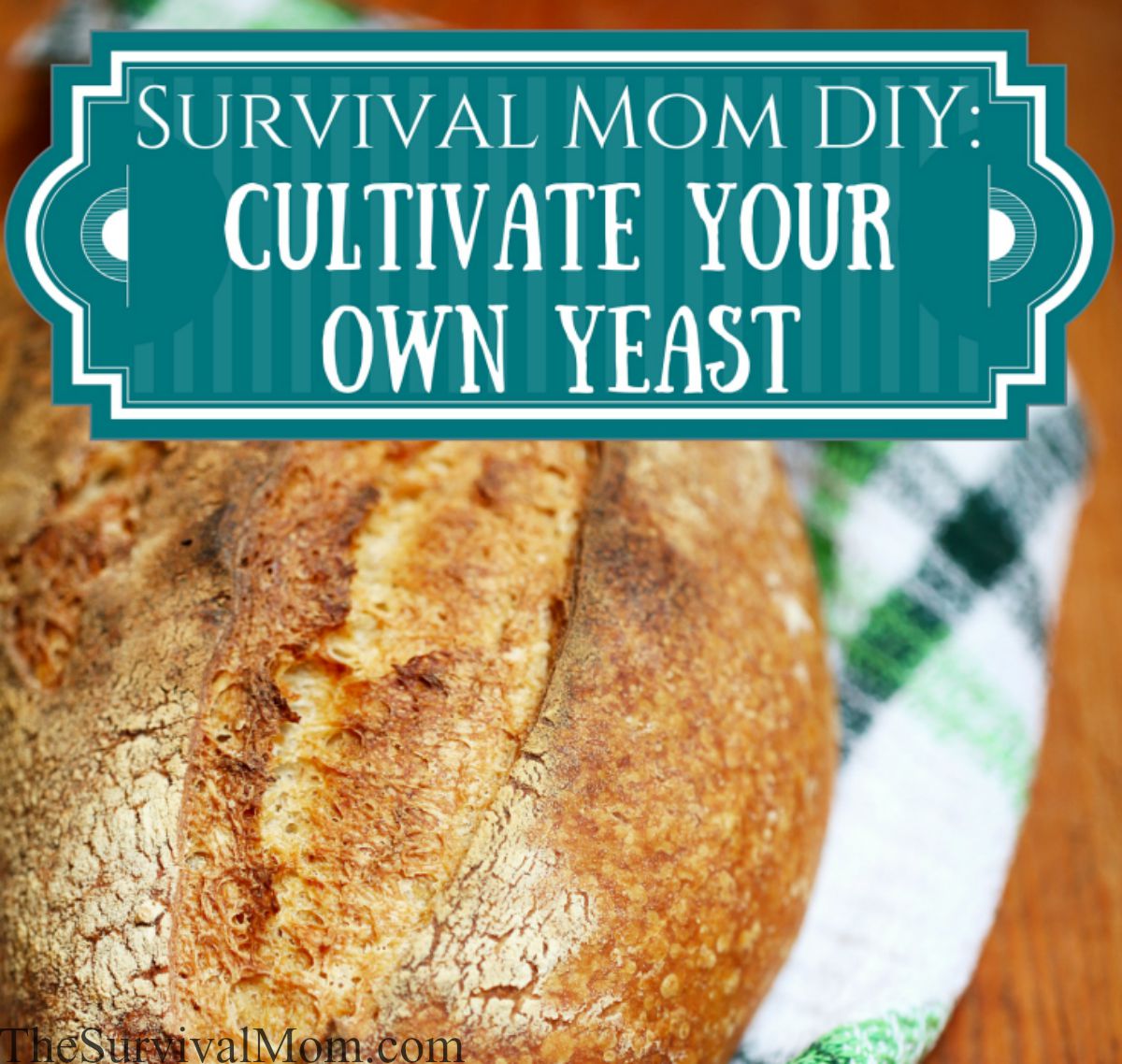