Skip to content
28 shares
Some of the links in this post may contain affiliate links for your convenience. As an Amazon associate I earn from qualifying purchases.

How long can you go without craving a hot, homemade meal, if you have been eating only cold rations and snacks?  If you’ve ever been without power for more than just a couple of days, eating cold ravioli or tuna out of the can gets really old, really fast. Most survival minded people realize, better than most, that it doesn’t take much to disrupt the flow of electricity we depend on for cooking. A natural disaster or freak weather event can turn the most modern home into a survivalist camp within a few hours. Electricity can also be interrupted by man-made crises, such as civil unrest, terrorism, or an EMP, making that hot meal a rare treat. 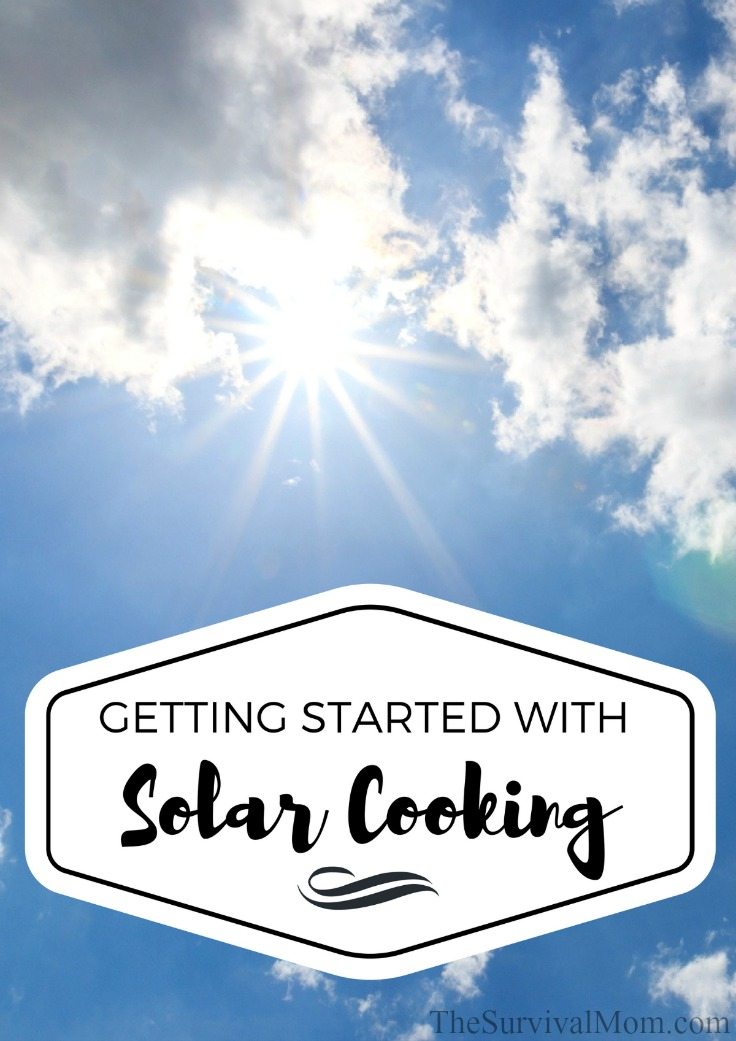 One simple addition to your emergency preparedness is a solar oven. It’s a great way to get started cooking off the grid, and is something everyone, not just preppers, should have on hand.

As long as the sun is shining and the sky is relatively clear, a solar oven can serve up a delicious pot of rice and beans and brownies for dessert without requiring any fuel. In fact, its dependence on the sun as its only source of fuel, is the reason every home should have a solar cooker. Solar cooking is an unbeatable back-up for making sure there’s a hot meal on the table three times a day. It’s also a sure-fire way to have hot water on hand for sanitation purposes and to purify water.

There Is Something New Under The Sun

Solar cooking and using the sun to preserve food has been around for hundreds of years, but only in modern times has the use of solar cookers become widespread both in the survival community and among communities around the world with unreliable electrical power. Its advantages are obvious.9 Reasons why your home should have a solar cooker Click To Tweet

A Solar Cooker For Every Home

A solar cooker is a must-have as a back-up method for cooking food. It is the single most self-reliant way to cook food and heat water, and has the additional advantage of being a DIY project if there’s a handyman (or woman) in the family.

Commercially produced solar cookers, such as the All-American Sun Oven, are perfect for the prepper who is too busy for even one more DIY project. These stoves have consistent quality construction, are designed to reach temperatures for the quickest possible cooking results, and have features for enhanced usability, such as interior thermometers, large reflecting panels (optional on the Solavore), and a weather-resistant design.

However, some of these ovens carry a price tag of $300 or more and can be large and bulky. In a Get-Out-Of-Dodge scenario, there might not be room for my Sun Oven in the back of our Tahoe, and if I ever had to cook for more than my family of four, it might be too small. That’s one of the limitations of a store-bought solar cooker. You’re stuck with a standard size that may be too small, and your budget may not allow for a second cooker.

On the other hand, a DIY solar cooker can be customized to your specific needs. One friend used a large ice chest on wheels for her solar oven. She could wheel it to any location in the backyard and she chose a size that could accommodate as many as four baking dishes. Another ingenious DIY plan that can be found on the internet uses a 5 gallon bucket and a reflective sunshade. Total cost?  Not much more than ten bucks, if that. The advantage of many DIY solar cookers is that they can be dismantled for convenient transport, and all of them require materials that are already in most garages. Plans for homemade solar cookers can be found on dozens of websites and demonstration videos abound on YouTube.

The DIY solar cooker comes with a few disadvantages. If the design doesn’t maximize the amount of sunlight available, you may end up with nothing more than a hot silver box sitting out in your yard. I recommend testing and tweaking any DIY design until it consistently reaches 350 degrees or more. Reliable temperatures will help you plan mealtimes and insure that foods reach temperatures that will deter any bacterial growth. Another issue with the DIY cooker is its durability. If a slight breeze knocks over your cooker and pot of beans, you’ll know you need to fine-tune the design for added stability.

Getting Started With Solar Cooking

Regardless of which solar cooker you settle on, some foods are easiest for getting started.  Be sure to keep a log of foods you cook, time of day you begin cooking, and the length of cooking time required. This log will be a huge help to you as you branch out and begin cooking a wider variety of foods.

Like any new skill, the only way to learn how to cook with a solar oven is to just do it. For most dishes, allow at least an extra 30 minutes to your cooking time.

If you’re new to solar cooking, prepare to be amazed.  There’s nothing quite like placing a baking dish in a box out in the sun and coming back later to a fully cooked and delicious meal.  A prolonged power outage doesn’t mean the end to hot, nutritious meals when you have a solar cooker as a back-up. 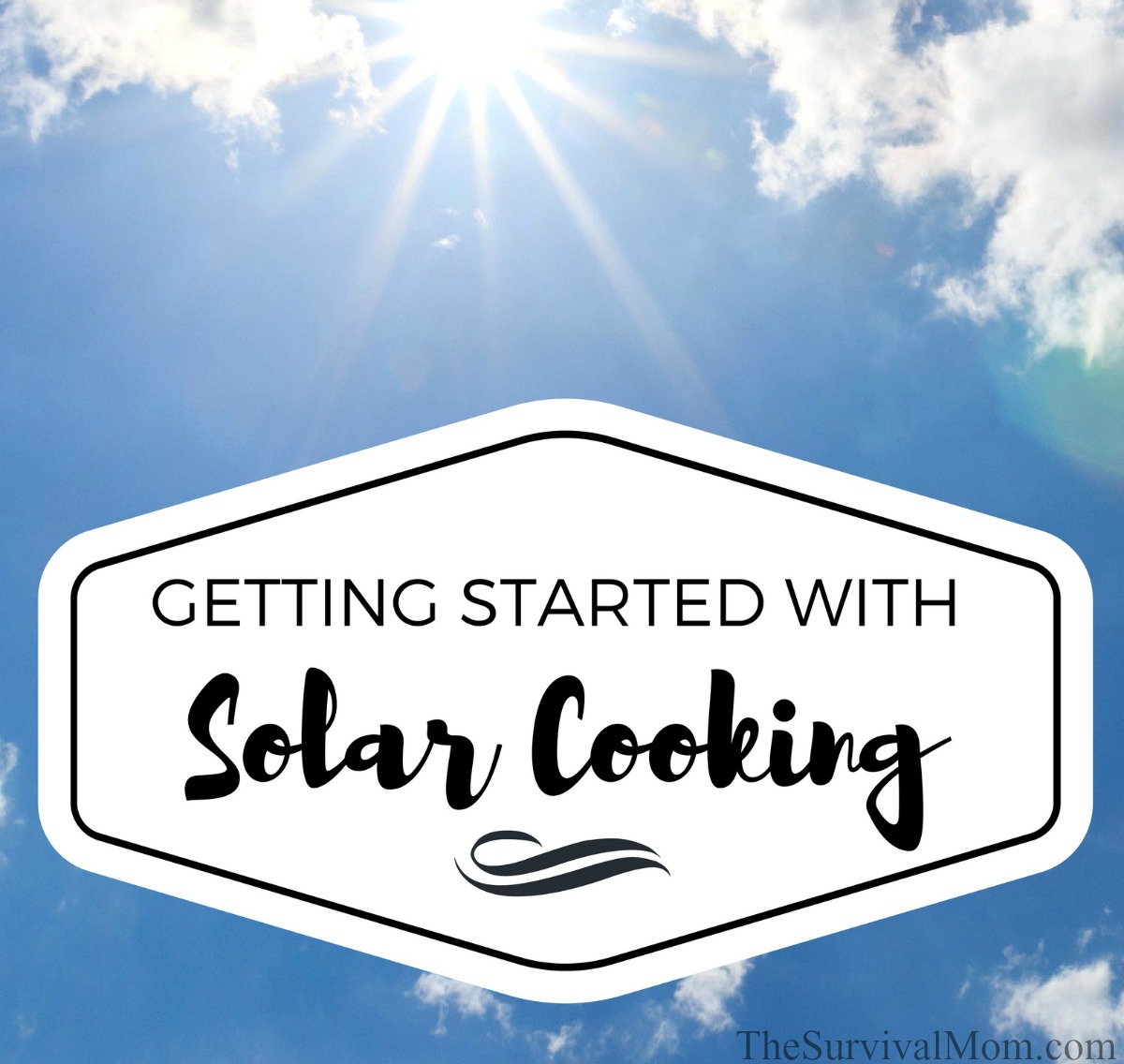 17 thoughts on “Getting Started With Solar Cooking”