Skip to content
3shares
Some of the links in this post may contain affiliate links for your convenience. As an Amazon associate I earn from qualifying purchases. 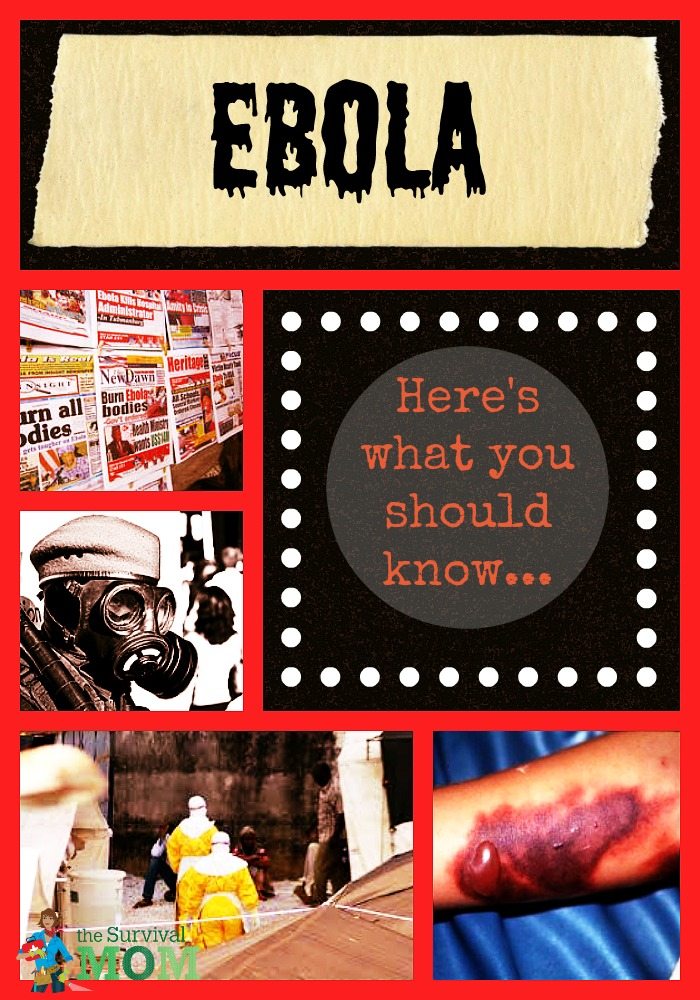 Pin this so you’ll know where to find it later! Click here.

UPDATE: Today, 9/15/14, the CDC released a warning to doctors and hospitals to get prepared for the possibility of Ebola. CDC claims they do not know of any other cases but, “…it is possible that individuals with EVD in West Africa may travel to the United States, exhibit signs and symptoms of EVD, and present to facilities.” The warning goes on to give more specific advice for identifying potential Ebola victims.
Now isn’t the time to panic, but it is the time to prepare. After all, it’s not just ebola but also the human enterovirus 68 making the rounds and our regular flu season is right around the corner. It makes sense to get prepared.
Related information:
Get Pandemic Ready!
Say ‘Buh Bye’ to this bacterial bad boy
Selecting the right face mask for any emergency
USA & Ebola (the real facts)
The Threat You Face From Ebola and What You Can Do About It
Prepping For an Ebola Lockdown
Original blog article
Several countries in West Africa are in the throes of an epidemic of Ebola virus. Over 1,200 cases and almost 700 deaths in the countries of Guinea, Sierra Leone, and Liberia make it a candidate for the next great pandemic. The disease has decimated health care workers, with a number of doctors, nurses, missionaries, and others dying from the illness. Indeed, the Peace Corps is now pulling its workers from the affected countries as we speak.
The Ebola outbreak hit close to home when American, Patrick Sawyer, died in Lagos, Nigeria, en route to visit his family in Minnesota. Although he did not become Patient Zero in the U.S., other infected Americans were transferred to the CDC hospital in Atlanta, Georgia. Despite all this, few people really know what Ebola virus is and how it does its damage, and they certainly don’t know what to do if it arrives in their neighborhood.
Ebola virus, a member of the Filoviridae virus family, was first reported in 1976, when 602 cases in the Democratic Republic of Congo resulted in 431 deaths. Ebola, named after the river where the first victims were identified, has several variants, a sign that it probably has the capacity to mutate.

What do we know?

Not much. How Ebola manages to first infect humans is poorly understood. Primates like monkeys and apes are possible agents of transmission (also called vectors), although birds, rodents, bats, pigs, and insects may be more likely to transmit the disease. The virus can even be transmitted to dogs, although they don’t seem to get sick.
Ebola appears to be transmitted through saliva and other bodily fluids, even sweat. The practice of relatives and workers washing a body before burial may have helped spread the disease. A 2012 Canadian study suggested that the virus may also be transmitted in air droplets. Given the highly contagious nature of the disease, this would be big trouble if true, but hasn’t been proven.

Signs and symptoms of Ebola

What does Ebola virus do to its victims? Ebola causes a hemorrhagic fever with a 25-90% death rate, much higher than even the worst of the influenza pandemics of the past century. Compare this to a 2.5% death rate from the great Spanish flu pandemic of 1918, and 0.1% from routine influenza outbreak.
Symptoms begin presenting about 2 weeks after exposure. Ebola patients develop the sudden onset of what first appears to be influenza: aches and pains, cough, sore throat, shortness of breath, fever and chills, and malaise are commonly seen at this stage. Nausea is noted, often accompanied by abdominal pain, diarrhea, and vomiting.
Later on, the central nervous system becomes affected causing severe headaches, altered mental status, and seizures. Sometimes this results in the patient going into a coma. Evidence of disorders in blood clotting are seen in advanced stages of the disease.
Signs include:
• Spotty Rashes
• Bruises
• Broken blood vessels in the skin
• Collections of blood under the skin after injections
• Bloody vomit or sputum
• Spontaneous nosebleeds
• Bleeding from gums
• Blood in bowel movements
Once bleeding disorders occur, the likelihood of survival is slim. Although deaths from severe hemorrhage have occurred in women giving birth, multiple organ failure leading to shock is the usual cause of death.

It’s thought that Ebola doesn’t spread until a victim develops symptoms. As the illness progresses, however, bodily fluids from diarrhea, vomiting, and bleeding become very contagious. Poor hygiene and lack of proper medical supplies in underdeveloped countries, such as in West Africa impede the progress of medical authorities to tame the outbreak. The best they can do is isolate sick individuals as best they can and follow infectious disease precautions. This is something they are, apparently, not doing so well, because so many medical personnel are getting sick. When the doctors and nurses are dying, you know you have an illness about which to be truly concerned. Imagine if the disease becomes worldwide.

So how do we cure Ebola? We don’t. There is no known treatment, cure, or vaccine for Ebola at present. The doctors can only try to make the patient comfortable and hope they get better on their own. Therefore, I recommend stocking up on masks, gowns, eye protection, and gloves, and learn about how to have an effective survival sick room. We’ve got a video on our YouTube channel on the subject.

Why you should care

So what’s the big deal. Why should an epidemic in Africa matter to citizens of countries thousands of miles away? Well, this outbreak is not in the deepest areas of Africa, it’s on the west coast, a more populated and easily traveled area. News about the virus is disrupting the economies of the countries affected, and their governments haven’t been all that straightforward about giving reports, until just recently. As such, many natives of the countries affected are suspicious of health workers, sometimes blocking them from entering their villages with knives and machetes.
The country of Guinea, where the first cases occurred, is the world’s largest exporter of bauxite, the ore used to make aluminum. Therefore, exports from the country go to many of the world’s manufacturing plants. The advent of air travel can easily spread the disease throughout the world is just 24 hours. As a matter of fact, a Liberian official took sick on a flight to Nigeria, one of the most populous countries in Africa, and died soon after. With an incubation period of a couple of weeks, you might have Ebola and not even know it (until you’ve infected a lot of other people).
This may be a third-world disease now, but it wouldn’t take much to make it, indeed, the next great pandemic. We’ll keep you posted.
This article contributed by Dr. Joe Alton, also known as Dr. Bones. Visit Doom and Bloom to learn more about medical preparedness and check out Dr. Bones and Nurse Amy’s bestselling book, The Survival Medicine Handbook.
The following two tabs change content below.