21shares
Some of the links in this post may contain affiliate links for your convenience. As an Amazon associate I earn from qualifying purchases. 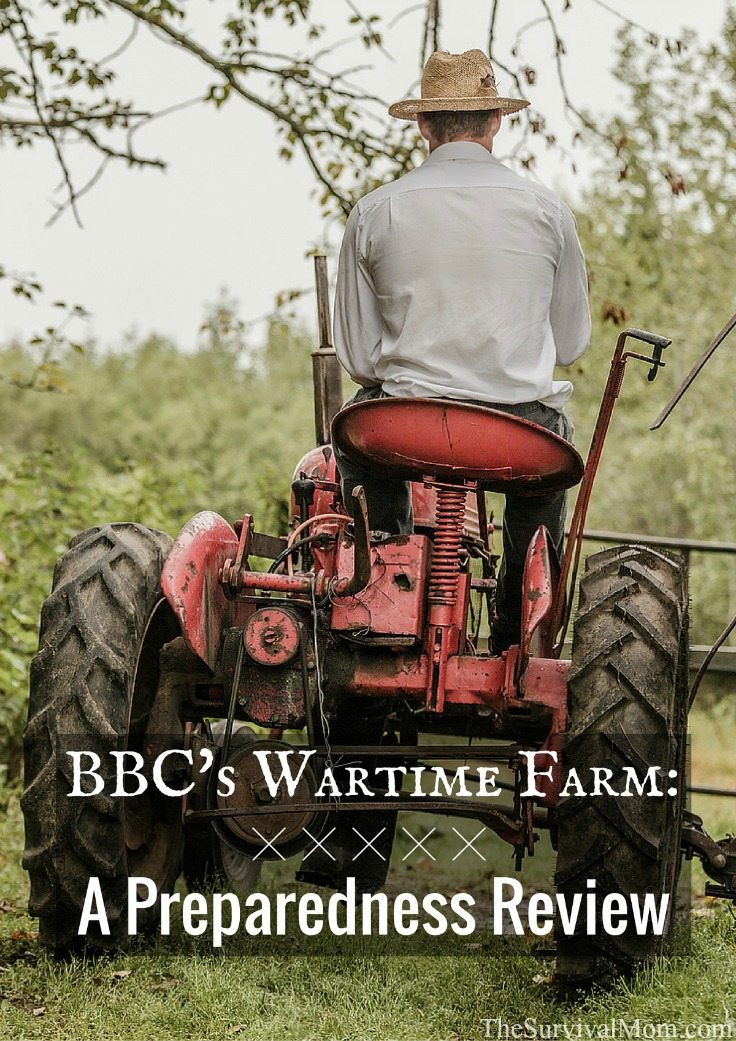 If you love modern history, homesteading, and all things survivalist/ preparedness, and have run out of series to binge-watch on Netflix, may I humbly suggest to you BBC’s Wartime Farm?

Wartime Farm is an eight-part documentary series released in 2012 that chronicles the adventures of a team of archeologists and historians who run a farm in Southampton, England, the way that it would have been run during the early 1940s during the second world war. They wear period clothing, use period machinery, and eat period meals. Along the way, the main cast explores rationing, the technology available during the period, as well as the socio-political aspects of the war. If you are interested in emergency preparedness, even if the war itself has no interest for you, this show is a goldmine of wisdom. History tells us that if it can happen once, it can happen again, and there but for the Grace of God go we.

This type of show is probably not everyone’s cup of tea, but you have to admit that it takes a certain degree of talent to make plowing, sewing, and laundry interesting – especially eight hours of it.

All this, and more! And it’s engaging and interesting enough that I was inspired to actually go out and buy soapwort seeds so I could copy what I saw on television.

Reliance on Farming During the War

“The plow was the farmer’s principle weapon of war.”

Every episode opens with this statement from one of the cast members. Farming became a reserved occupation during the War, which meant that farmers were exempt from the draft. Prior to the War, two-thirds of all Britain’s food was imported, so when the German submarines enforced a blockade, the British knew they’d have to more than double food production or starve.

Britain’s farmers had many tricks up their sleeve in order to meet the demand. These included using prisoners of war as agricultural workers and plowing up any teeny bits of irregularly-shaped land that could be found. Because farmers could not grow hay, they fed their animals things like beet tops, nettles, and the weeds that grow in churchyards.

In modern America, people choose to be thrifty in order to save money. In Wartime Britain, people had to be thrifty because there were no other options, period. You had to make every last scrap of everything count because even if you had money, you could not go out to the store to buy more of it. Frugality was a way of life and a mindset that most people carried with them until the day they died.

“Make Do And Mend”

If you could condense the series into one phrase, it would be this one. Here’s a perfect example: the farm simulated preparations made for receiving evacuees from London. To do this, the cast had to fix up some of the out buildings and make them habitable, but the roofs had holes in them. Buying tiles for repairing the roofs was out of the question because all the factories that used to make tiles are now making munitions. So what do you do? You pull out some rusty machines that were obsolete in the ’20s and make tiles in your backyard! And then you distill some hard cider while you’re at it. Most of the show seems to consist of dealing with rusty machinery, come to think of it. And the rest of it entails resurrecting trade skills – like blacksmithing – that hadn’t been used in decades.

In this way, the series almost serves as a call to action. The way Wartime Farm tells it, possessing skills that were widely considered “obsolete” is what saved Britain. If there hadn’t been people around who knew how to use those ancient tile-making machines and how to build a kiln to fire them, what would you have done? With little clothing available for purchase, how else would you have clothed yourself or your children if you didn’t have any sewing ability?

I would be remiss if I didn’t mention my son’s favorite segment. As part of the Christmas episode, one of the guys makes a toy airplane out of a tin can and some roofing nails. My six-year-old thinks this is the height of technology, and has often asked us to make him an identical plane out of our many empty #10 cans. That we lack the tools and knowledge to do so makes us, in his view, somewhat lacking as parents. But more importantly, the necessity of having to make a toy out of a tin can at all highlights the differing attitudes towards toys between then and now.

Today, children have more toys than they know what to do with, and people make jokes about how a child’s playthings reproduce at night until the house is completely overrun. Many children in 1940s Britain witnessed their homes being destroyed and their families torn apart. Something as simple as a tin can airplane would have been an absolute treasure.

Not All Was Sunshine and Rainbows

The final episode briefly touches on some of the negative consequences of the farming methods employed during the war. British farmers couldn’t afford to use their land to grow feed for livestock because it was needed to grow food for humans. As a result, a great number of animals were culled. In agriculture today we refer to “rare breeds” of livestock – this event is why so many breeds of farm animals are considered “rare.”

The war also introduced a number of government farm-related regulations that were arguably necessary given the circumstances, but in the United States we would consider them abhorrent examples of government overreach. The Ministry of Agriculture had the power to grade farms based on their efficiency, and if you failed inspection, the government had the power to take your farm away and give it to someone else. After the war, people had the opportunity to vote on whether to keep the new regulations or dispense with them. The voters ultimately decided to keep the regulations.

In addition to the TV series, the cast wrote a book entitled Wartime Farm, which is alsoavailable for purchase. The series itself is only available as a set of region 2 DVDs on Amazon, but and can be found on YouTube. If you enjoy Wartime Farm, you should also check out additional series done by the same people: Victorian Farm, Edwardian Farm, and Tudor Monastery Farm. 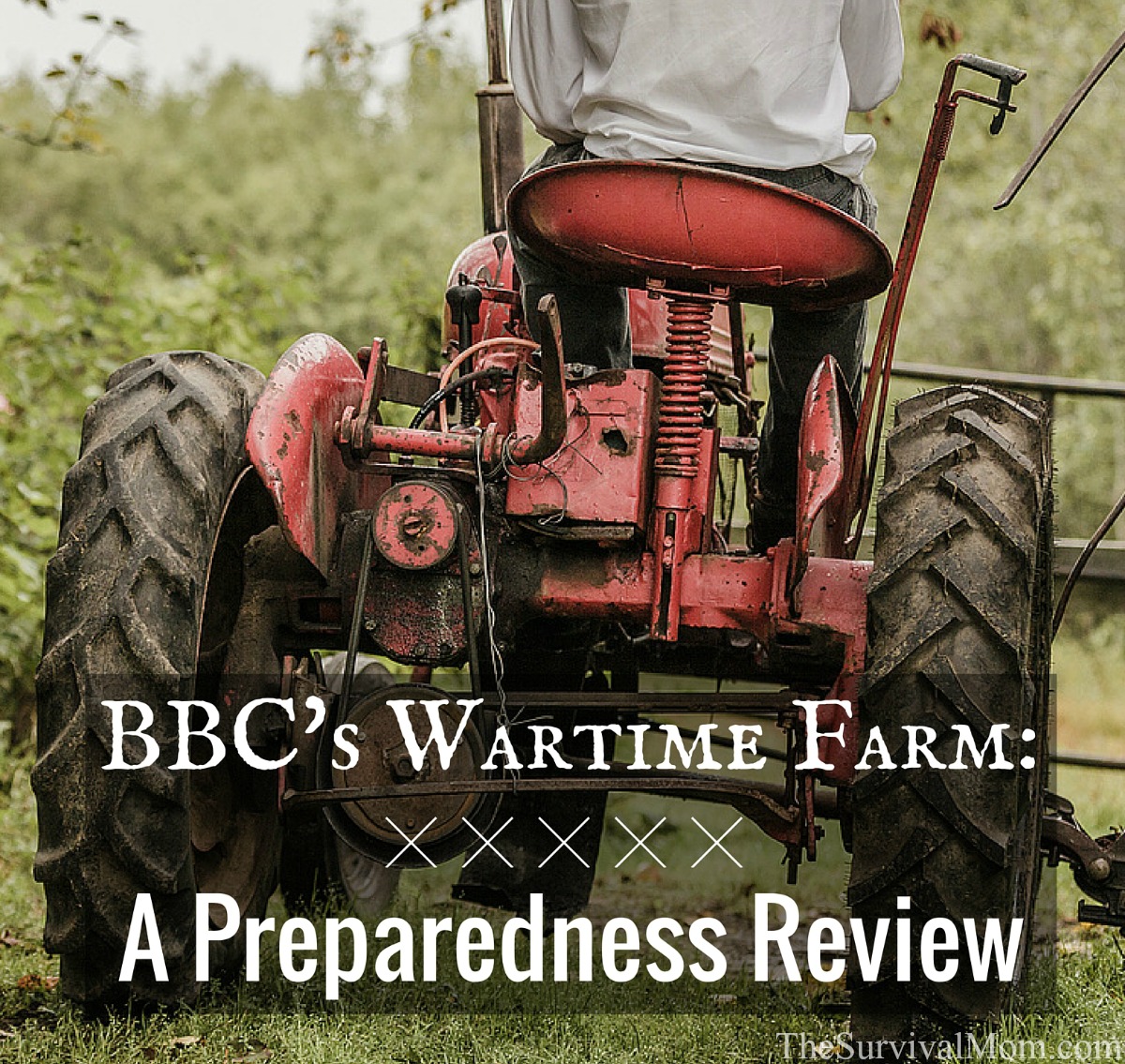