5shares
Some of the links in this post may contain affiliate links for your convenience. As an Amazon associate I earn from qualifying purchases. 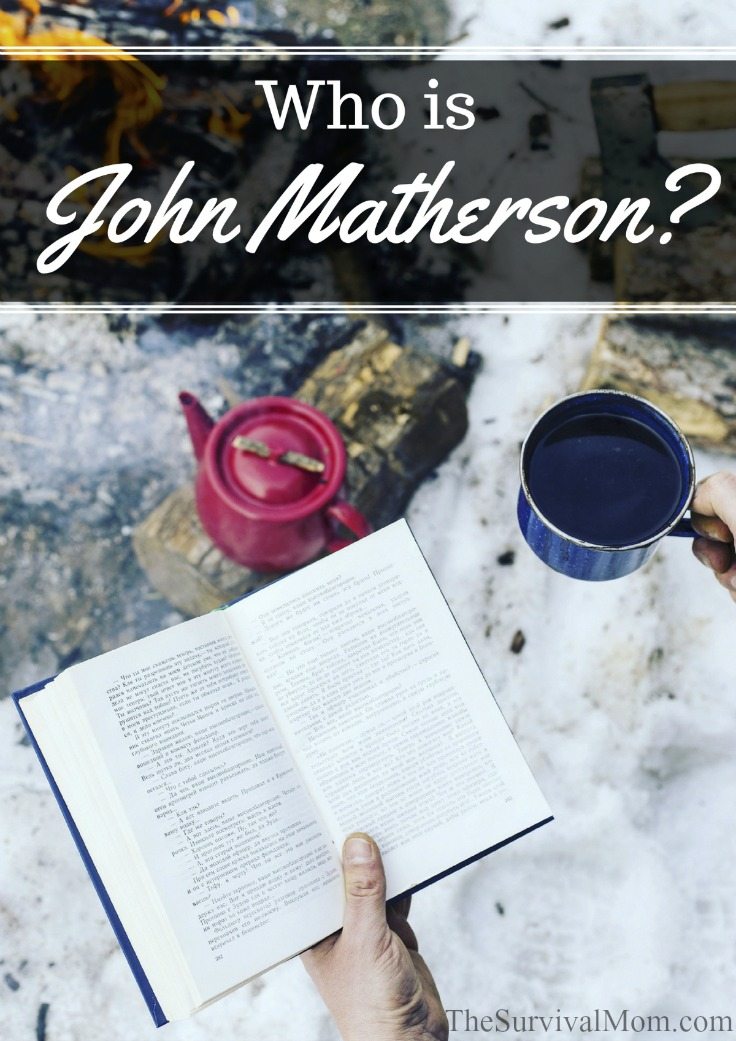 Do you know who John Matherson is? His story is prepper legend and if you aren’t acquainted with him, let me remedy that here. Prepare yourself to make a trip to the bookstore or library very soon to discover this character created by author William Forstchen.

John Matherson is the main character in the “After” EMP-survival book series: One Second After, One Year After, and The Final Day. (If you’ve read Ayn Rand’s Atlas Shrugged, you’ll understand how John Matherson is as much a symbol as John Galt.) Matherson is a retired Army colonel. He teaches history at a local college in Black Mountain, North Carolina. His wife, who was dying of cancer, wanted to move back to her hometown and that is where he finds himself, alone with two daughters when an electromagnetic pulse (EMP) sweeps across the country, destroying the power grid and virtually all electronics within moments. 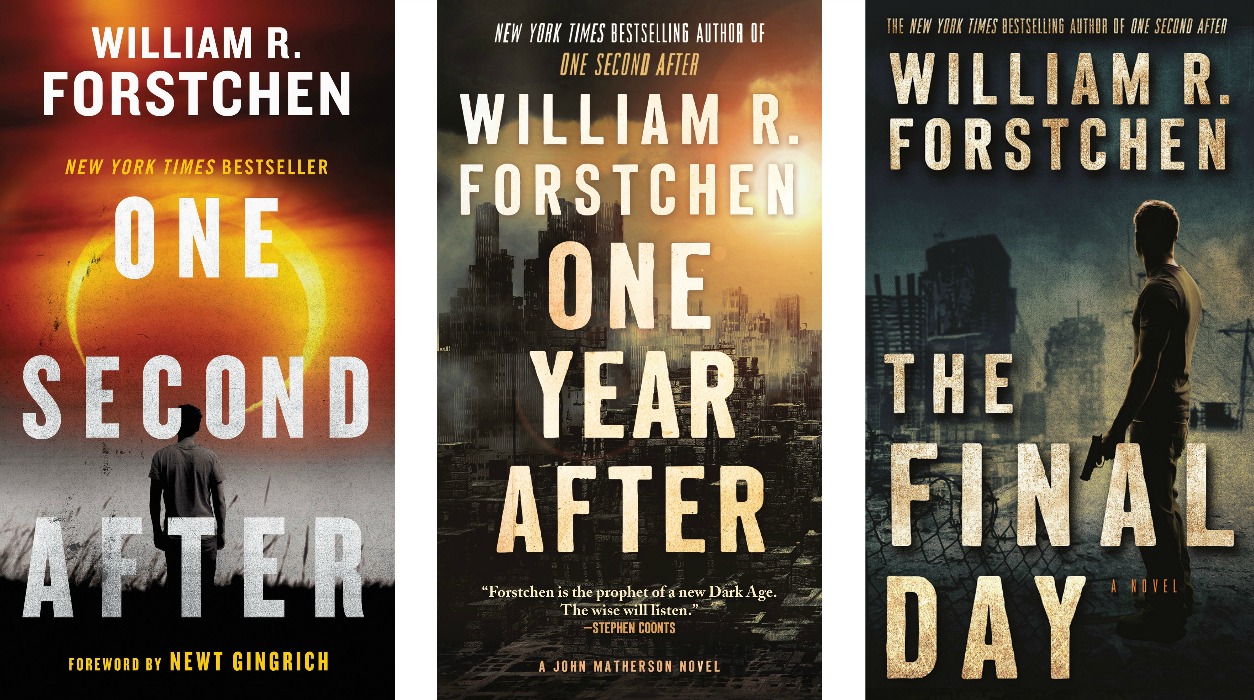 One Second After, the first book in the series, is a novel a lot of preppers credit as their reason for joining the self-sufficiency movement. Written by Willam R. Forstchen, you can read his bio here, the novel describes how a family and the town they live in deal with an EMP attack. The attack takes out the power grid for a long time. The story doesn’t end there, but continues in One Year After, where the town has to fight to make progress and survive. The series ends with The Final Day, where the government tries to start taking control of the country again.

The lessons for preparedness in the books are too numerous to lay out here. If you have only read the first novel in the series, I highly recommend you read the other two books. You need to know how Matherson’s story ends.

The Reaction: One Second After

When the EMP hits, Matherson thinks it’s just a power outage until he starts realizing none of the cars are working – except older models, which his mother-in-law drives up to the house with. After getting his girls home safe, John watches as the world starts falling apart. Cars are stranded on the nearby highway and the town has to decide who and how many to let stay in the town since their own food supplies are limited. Those with special skills are sought after, like nurses, and the rest are told to keep walking to the larger towns or cities.

TIP: Do you have the types of skills a survival community might want?  Check out my comprehensive list of practical skills here.

Matherson emerges as a leader in the town as they make decisions on security, food rations, and medical issues. Even the smallest wound has to be cared for carefully because in a world without power, infections can quickly become fatal. One nurse allowed to stay, Makala, eventually becomes Matherson’s new wife.

There are many dystopian books that show how dark humans can get after an EMP, but this one describes just a few scenarios that leave the rest to your imagination. For example, there is a group of people that the town has to fight against who have turned to cannibalism. Thankfully, the details of their atrocities are not described in detail.

In reality, though, evil will emerge as survivors become more and more desperate. During the battle depicted in One Second After, weveral good people in town lose their lives. Matherson’s oldest daughter is pregnant and her fiancé is one of those who is killed in the fight. The end of the book leaves the town struggling on its own, but there is hope for the days ahead.

The Reality: One Year After

Two years later, the little town of Black Mountain has settled into its new way of life after fighting to defend itself. The local university has become a place where the focus is on improving the future – creating antibiotics and ether, trying to create water-driven power, and military training. Matherson has to decide what is best for the town when draft notices get sent out from a newly formed government, and his oldest daughter, a single mother, is included.

The nearby face of the government offers him a deal: be promoted and serve as major general and cut the draft for the town in half. He debates accepting the offer when he hears some of the news that is filtering in from BBC. The BBC reports that the United States is willing to nuke its own cities and citizens to bring order. Can John stick to his moral convictions and save the town at the same time?

The storyline in this second book seems very feasible with those in power deciding that order must be brought back to the country at any price. After dealing with cults, natural disasters, infectious diseases, crime, cannibalism, towns fighting each other, and attacks from other countries, people in the government are desperate to get control back.

The best part of the book for me was that the people of the town kept trying to improve their lives. The college students searched through the library and found old magazines and books that helped from everything to plant identification to creating a water-powered electrical system. After the EMP, the world was not stuck back in the “olden days,” it was just given a new starting point. Humankind will always continue to improve upon their situation.

The Reveal: The Final Day

Three years after EMP attacks, the balance of power in the world changed. America is starting to settle into a world without power. Survivors are now parts of communities that work together to farm, hunt, tend to the wounded, and work towards a better future. The world seems to be calming down.

Matherson and his new wife are expecting a child, when he receives a message from an old friend suggesting that the government is looking at attacking citizens in the south. An old computer is found and plugged in – and it works! The discovery encourages some people in the area to see if they can get more computers running. The citizens try to monitor any communication out of the nearby Bluemont government, since no one seems to know who is actually running the federal government. What they end up finding will change America’s future forever.

Without giving too much away, Matherson leaves his pregnant wife to go find out where the new federal government is located and who is running it before he decides to follow any orders. He is threatened along the way and only ends up finding the location with the help of a former Army buddy. Matherson and his friend decide that they can’t stand by and let Americans be intentionally attacked by their own government. What Matherson discovers leads him to finding who in the government knew about the EMP attacks coming, when they knew and what they did with the information. Justice is all Matherson seeks, before returning home to his family. He desires to see America finally on a path to becoming a united country again.

I put down The Final Day  and thought, “Wow! That could really happen!” and “That would be awful!” In reality, it doesn’t have to be an attack on our country to bring the power grid down for a long period of time. A solar flare could do serious damage, along with natural disasters, sabotage, or cyberterrorism, as detailed by Ted Koppl in Lights Out. Becoming prepared to live without power is something we all should do, so we can take care of our loved ones. Reading this series can help you see what a long-term power outage might look like, and if you’ve only read One Second After, you need to read the whole series!

To read more about preparing for a long-term power outage or EMP, read here:

The Basics of EMP: What is it how likely, and how to prepare?

The First 15 Things You Must Do Immediately After an EMP

Post-EMP Survival: What If You Can’t Get Home?

Why And How To Protect Your Gear From EMP

To buy the After series by William R. Forstchen, click here: The After Series 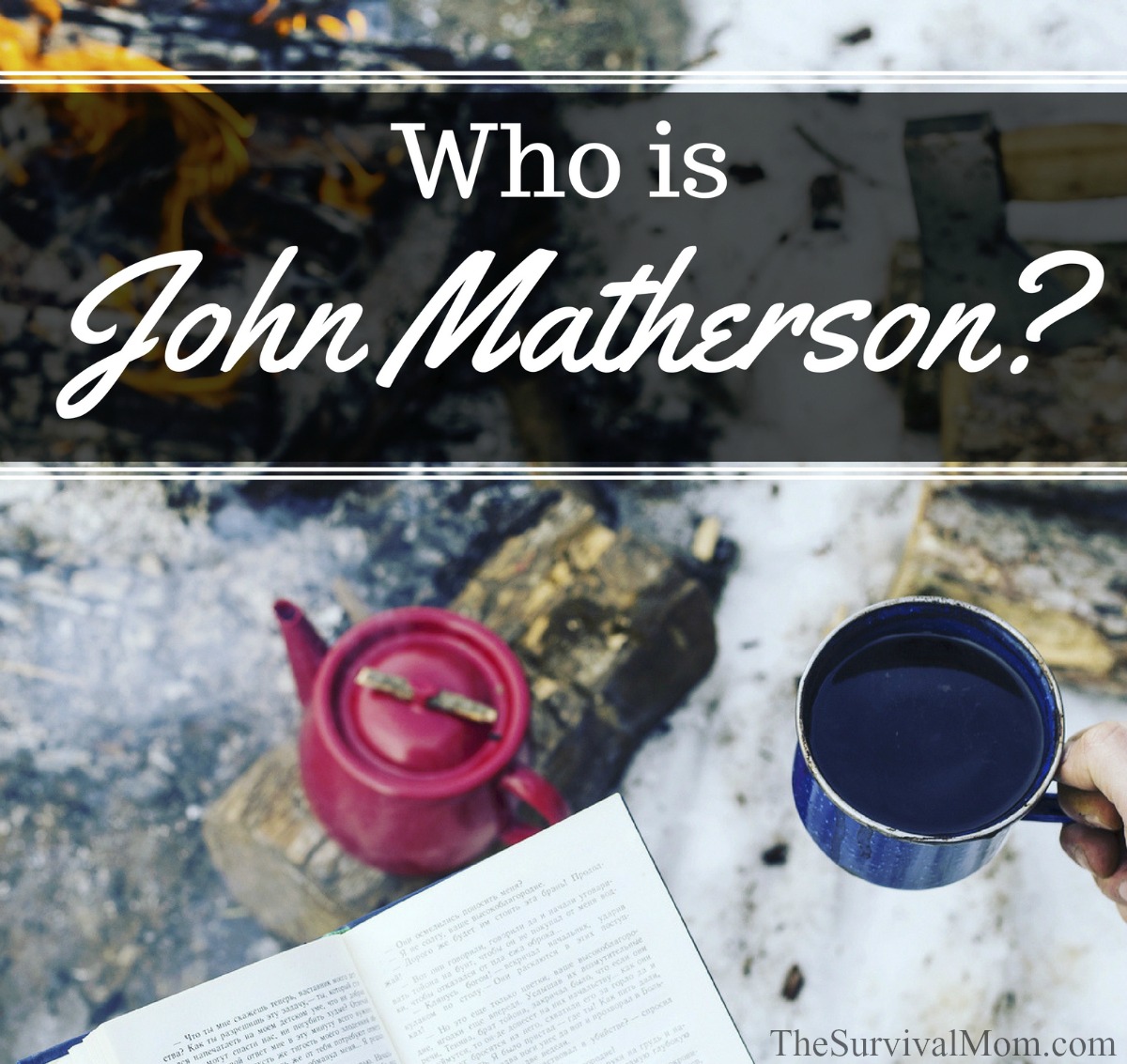