Skip to content
11 shares
Some of the links in this post may contain affiliate links for your convenience. As an Amazon associate I earn from qualifying purchases. 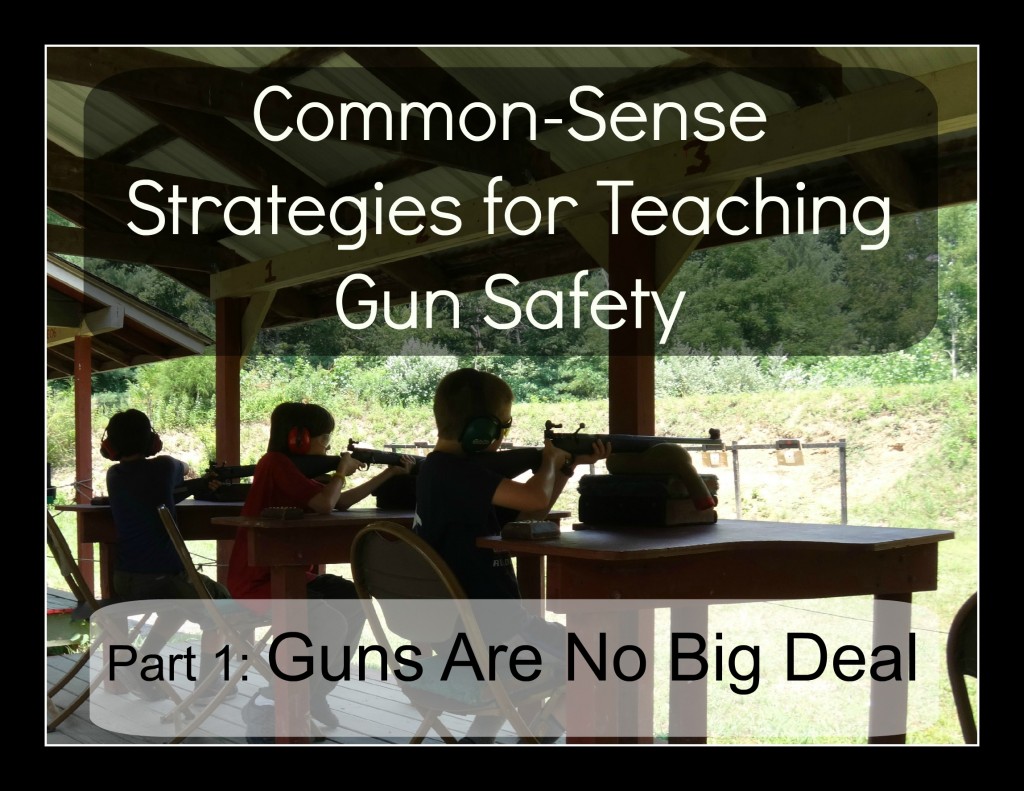 I don’t know if the anti-gun trend is still fashionable or not, but when I was raising my young children, it certainly was. I decided that my two year-old son would not be playing with a Buzz Lightyear Astro Blaster or, for that matter, any gun. I have to admit it made me feel a little superior to take that stand, but one day my son turned a pizza crust into a small handgun, started shooting at the waitress, and I knew this was not a hill I cared to die on. I bought the Astro Blaster the next day.

Over the years, my son’s collection of toy guns accumulated and, as a family, we began making frequent trips to the shooting range when he was seven years old. Incorporating shooting sports in our everyday, ordinary lives has become, well, ordinary.

Our approach from the beginning is matter-of-fact, focused on the fundamentals of gun safety and skills, and age appropriate. I have 7 common-sense strategies for teaching gun safety that I’m going to pass along to you over the next 7 weeks.

(Remember, this is the first of seven tips.)

One of the first lessons I wanted my kids to learn is that a gun is no big deal. It’s a tool, much like a hammer. I didn’t want them to become so attracted to the gun as a forbidden fruit that they would someday give in to temptation and endanger themselves and others.

Remember the scene in The Sixth Sense when a young teen boy says to the main character, Cole, “Wanna see my dad’s gun?”  He turns toward the bedroom and we see a huge gunshot wound in the side of his head. I never wanted that scene played out in our home, with one of our children, eager to impress a friend, shows off by handling a loaded firearm.

In fact, what we wanted was the exact opposite. We don’t want guns to be so fascinating that safety rules are quickly forgotten. After all, what is more alluring to a child? Something they’re not allowed to see and touch or something so ordinary that it’s no big deal? So, both kids have gone to shooting ranges many, many times. They have both participated in an Appleseed weekend and a summer camp held at an indoor range.

I am not precluding the possibility of either of our children doing something stupid someday while around a firearm, but if they do, it certainly won’t be because they view a gun as something exciting and glamorous. The last thing I want my kids to do is wait until we are gone from home and then seek out a hidden gun to “play with.”

5 thoughts on “Common-Sense Strategies for Teaching Gun Safety: A Gun is No Big Deal”