Article contributed by Tom of the North, Outside the (Cardboard) Box

While I took issue with the conclusions drawn from the facts employed in a recent article titled ‘The Coming Food Armageddon’, the truth is you could find yourself and your loved ones in a struggle for survival at any time. For what it’s worth, not only am I a big booster of ‘prepping’, I have a realistic strategy if the SHTF and my outdoor skills are better than most, although that’s not really saying much given our predominantly urban population. And if you are interested in such things, there are tremendous resources available to you to help you prepare for whatever it is that your want to prepare for. The Survival Mom is a great resource for one. Ready Nutrition is another.

But prepping is not what I want to talk to you about. I want to talk to you about Survival. And I’m not going to offer you any strategies, tactics or supply sources. Rather, I just want you to get your head into a slightly different place than it probably is right now. For some of you, this might be a remedial review. You may be military, firefighter, law enforcement, rescue worker or just plain folk with an inordinate amount of common sense. Regardless, it never hurts to revisit the basics. 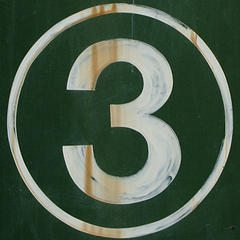 And all of the basics can be summed-up in “The Rule of Three” which says, absent sudden death (such as an accident) or terminal illness, your survival is generally contingent upon you not exceeding

We’ll leave accident avoidance and healthy lifestyle choices for another discussion and just focus on the ramifications of the Rule of Three. However, this essay is offered merely to encourage you in proactively conducting your own ongoing risk assessment. Nothing in this essay is intended nor is to be construed as advice, professional or otherwise. Any information contained in this essay is not to be relied upon. You’re going to have to go find it out for yourself!

Most ‘preppers’ are stocking food. You will note that starvation is the slowest form of death among the Rule of Three. You would likely have three weeks before you starve. Your level of physical exertion has an impact on the body’s caloric requirements. Personally, I might survive starvation for five or six weeks if I stay in repose as I’m carrying a lot of extra weight (just in case!). Don’t call me obese. Call me prepped! Keep in mind, too, that your survival strategy must consider the likelihood of you being separated from your food supply in an emergency. When that happens, stay calm, focus on any immediate threats or hazards and remember that you have three weeks to implement Food Plan B or Plan C. You do have a Food Plan B and Plan C, don’t you?

Dehydration occurs much more quickly than starvation. As such, water supply is much more critical to address in an emergency. Consider that in a temperate climate and without exertion, the human body requires approximately 2.5 liters of fluids per day. In extreme heat this requirement goes up significantly. Diarrhea can lead to rapid, catastrophic dehydration as well. Given that water is far bulkier to store and/or transport than food, and that dehydration is potentially a far more pressing concern than starvation, your ability to procure water in an emergency should supplant food in your ranking of Survival priorities. Stated simply, water is far more important than food. What is your base plan for water? What is your mobile plan for water?

Exposure occurs far more rapidly than dehydration. Hot or cold, you could find yourself unable to function in less than three hours. Immersion in cold water, such as breaking through ice, could reduce your time to act down to mere minutes. So what’s your shelter strategy when you’re away from base? Here in TheNorth, we’ve already had temps below minus 40 this winter. February is typically our coldest month where I’ve personally experienced minus 52 F actual. If you have an accident on a slick road late at night in such conditions, you will likely not be waking up ever again unless you have prepared for such an eventuality. Exposure kills in hours, or less. Countering exposure is your number two priority for survival in any emergency situation. Yet most preppers are not thinking about exposure while stocking their pantries. Prepare for exposure.

Asphyxiation kills in three minutes. This is the emergency situation that gives you the least amount of time to react for your survival. This is your Priority One Survival issue. An interior fire is the most common cause of asphyxiation. How many of you have a home escape plan in the event of a fire? I thought so. Make one. It’s free. It takes minutes. And it might save your life. Unless you’ve been in a burning building, I guarantee that you cannot imagine how blinding the smoke is nor how quickly a structure can become fully engulfed. If you have children, periodic rehearsal of the escape plan is mandatory. In the unthinkable event of a fire, panic is inevitable. Rehearsal helps to moderate the flight reaction, which might otherwise lead to death. Also, test your smoke detectors. Notwithstanding my disclaimer above, check them regularly. I mean it

Our friends out West can attest to the power, speed and terror of a large scale wildfire. Most of us assume such an occurrence will provide adequate forewarning, thereby allowing avoidance. While normally that’s true, you wouldn’t be prepping if you only planned for ‘typical’ events. The Peshtigo, WS Fire of 1871 is an example of a wildfire that ‘upgraded’ to firestorm. While obviously a confluence of enabling conditions is required in order for a firestorm to occur, be assured that this could occur in most parts of the country. While the development of those enabling conditions will be obvious (i.e. extreme drought) to anyone on the lookout, once commenced, the firestorm expands far too quickly to allow for evacuation. 1.5 million acres burned that day.

While fire is a common cause, there are other causes of asphyxiation worth your consideration:

Carbon monoxide poisoning – usually from a combustion source in the home. This has also occurred in vehicles stranded in snowstorms. Vehicles were run for heat. Accumulating snow shrouded the tailpipe resulting in vehicle exhaust entering the passenger compartment.

Other poisonous fumes – tanker trucks, rail cars and chemical & other industrial plants often have hazardous materials that, in an emergency situation, could cause you grave bodily harm if exposed.

Drowning – while common sense on and around bodies of water is presumed, consider also flash floods, tsunami, the aforementioned breaking ice, catastrophic dam failure, bridge failure while crossing. Flash floods are relatively common and often deadly. While a tsunami is much less common, consider the scale of the 2004 Indian Ocean tsunami before you dismiss its’ likelihood. If you live in a coastal region, it would only take one to bring all of your pantry efforts to naught.

All of these events are sudden, unexpected and leave you minutes or less to choose a course of action. Taking the proper action may save your life.

As you continually assess and prioritize your survival risks, take into account those risks specific to the area where you happen to be. Weather patterns for example. Hurricanes in coastal regions, tornados on the plains and thunderstorms or blizzards in the mountains are all hazards to be anticipated and prepped for. Also, consider geologic perils. Earthquakes, volcanoes and rapidly moving lahars are hazards to be aware of and plan for, even if you are merely passing through.

Therefore, if you are inclined to take a proactive approach in preparing for what economists might refer to as ‘outlier occurrences’, then it behooves you to prioritize your risks and review appropriate responses to them in a rational fashion. The scenarios resulting in your death most quickly should command your immediate attention. When you have sufficiently addressed those, by all means move down your list. We all believe in the Boy Scout motto of “Be Prepared”. However oftentimes it’s the obvious peril that gets overlooked.