NOTE: I received this press release and thought the information was timely and a little alarming. It takes so little effort to put emergency plans in place. I hope you’ll set aside some time this week to put together a vehicle emergency kit, emergency kits for yourself and your children, and basic supplies for your home. 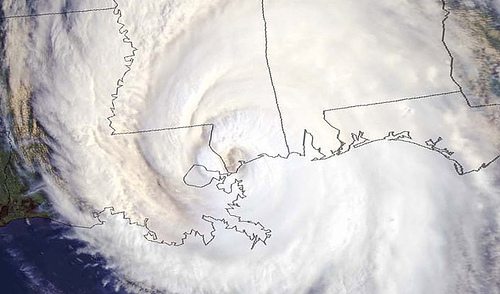 Nine years after Hurricane Katrina, 74 percent of parents with children in school or child care believe the federal government is not very prepared to protect their children from disaster. Yet the average parent spent only one hour on family emergency planning over the past year—and many spent no time at all, Save the Children reported today in its 2014 Disaster Report Card, What Are You Waiting For?

In contrast, the average parent spent five hours organizing back-to-school supplies this summer, according to a Harris Poll online survey commissioned by Save the Children for the report, released as National Preparedness Month began. The nationally representative poll surveyed 1,012 parents of children under 18 who are enrolled in child care or school.

Nearly half (49 percent) of such parents don’t feel very prepared to protect their kids from disaster.  A new infographic pulls out other key results.

“This report is a wake-up call,” said Kathy Spangler, Save the Children’s vice president of U.S. programs. “American parents say they’re concerned about risks their children face from school shootings and natural disaster. Yet, our poll also shows most parents know little about emergency plans at their child’s school or child care, and that they are failing to take basic actions to protect kids at home.”

In the past year alone, the nation has experienced at least 20 school shootings and 50 major natural disasters, Save the Children’s new report says.  As the nation’s leading child-focused emergency response agency, Save the Children has served more than 800,000 children affected by disaster in the United States since Hurricane Katrina struck.

“The results are disturbing, because we know children are always the most vulnerable when disaster strikes,” she added.  “Their safety, emotional well-being and development are at risk.”

Disaster can strike anywhere—a point reinforced by the poll. More than half of American families with children in child care or school (54 percent) have already been affected by hurricanes, tornadoes, floods, earthquakes, school shootings, wildfires or other types of disaster, the poll shows.

Back to School Concerns

The poll findings come on top of Save the Children’s annual research that shows 21 states and the District of Columbia still lack basic emergency plan requirements for schools and child care centers.  (See pages10-11 of the full report for detailed results and methodology.)

As the summer season ends and 69 million children are again separated from their parents daily, the new poll exposes alarming gaps in parent-school communication:

Save the Children’s new video, “Where Are You?” illustrates the importance of reunification planning.

Reunification became a national concern after Hurricane Katrina separated thousands of children from their families.  It took seven months to reunite the last child with her parents.

While three in five parents of children in school or child care (60 percent) reported having some sort of family emergency plan, they often fall short on precautions recommended by Save the Children.  For instance, of those parents with plans:

Among the two-fifths of parents with children in school or child care who have no plan at all:

Many of these parents haven’t set aside key disaster supplies, such as the recommended five-day supply of food and water.  Even among parents who have a plan, more than a third (35 percent) don’t have a two days’ supply.  Most (55 percent) also haven’t set aside a comfort item for children.

Save the Children offers disaster planning checklists through its Get Ready Get Safe initiative, and recommends creating a “go kit” for each family member.  The kit should include essential toiletries, medical and contact information—and a favorite activity and comfort item for children.

“This year we’ve cared for children uprooted by fire, floods and tornadoes,” Spangler said.  “Even small things can go far in helping a child in turmoil reestablish a sense of normalcy. With the right support, we know children can bounce back. We urge all parents to take steps now that could safeguard their child’s wellbeing later.”

Save the Children is calling on all Americans to pledge to better protect children from disaster.