20shares
Some of the links in this post may contain affiliate links for your convenience. As an Amazon associate I earn from qualifying purchases.

Have you visited a National Park recently? We did. We went to Mt. Vernon for a Scouting day and found a book on Revolutionary War Medicine. A stop at a Civil War battlefield yielded a whole shelf full of cookbooks, including “Civil War Cookin’, Stories, ‘n Such”. Many of the recipes specify using a Dutch Oven and it has helpful information such as how to make lard and how to season cast iron. If things get really bad in the future, the recipes for wild animals including squirrel, alligator, and raccoon could come in handy! (I really hope we never, ever need those!)

I haven’t visited any sites related to Native Americans recently, but my recollection is that there are books on cooking, living off the land, and all sorts of other useful prepper skills. Military/battle sites have information on making and using antique weapons and the medicine used to treat wounds, or on ships and shipbuilding if they are Navy sites. They also sell toy versions of some things, including musical instruments from days gone by. 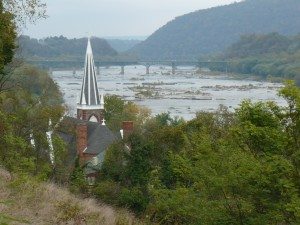 Native American, Colonial, Revolutionary and Civil War practices for keeping warm and staying cool, keeping food safe, and building all manner of things (including the actual tools to build those things) are also available at National Park Service sites.

Of course, there are other historical sites also provide useful information, such as Colonial Williamsburg and a seemingly infinite number of local attractions such as mills and large estates, including George Washington’s home of Mount Vernon. It isn’t unusual for the estate to have great gardening resources as well since they many were really originally farms.

Even if you don’t live near a big National Park like the Grand Canyon or Independence Hall in Philadelphia, you probably have local historical sites that you can mine for reference books. Better yet, volunteer there and learn some re-enacting skills that could serve you well. I took an hour long class on vacation in Williamsburg and learned how to do very simple spinning of wool into yarn. Gettysburg Battlefield has a re-enactment every summer and I have no doubt the many thousands of re-enactors learn a lot doing it.

So when you plan your next family vacation, with a little research, it could be a family preparedness vacation!