Skip to content
15 shares
Some of the links in this post may contain affiliate links for your convenience. As an Amazon associate I earn from qualifying purchases. 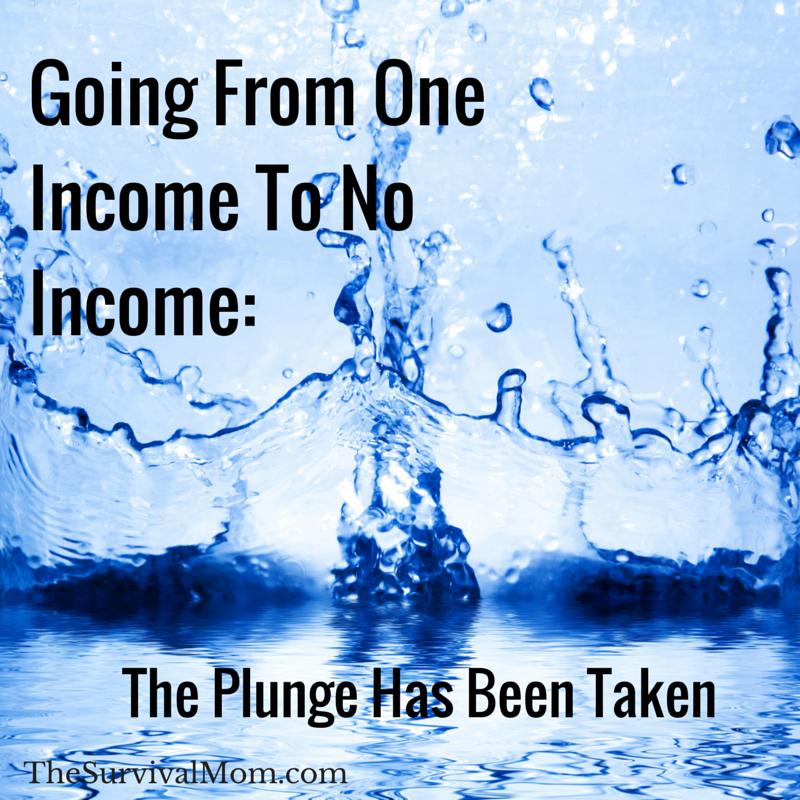 Several months ago I wrote about my family’s plan for my husband to continue his education: he was going to quit his job as a software engineer and then become a full-time student at our local university, working toward a degree of electrical engineering. We would be living on no income for an extended period of time — living off of savings and food storage.

More backstory to fill in the blanks

My husband has been very slowly working toward his bachelor’s degree for many years now. About three years ago, we made the decision for him to go from a 40-hour work week to a 32-hour work week at his office. We would still keep all our benefits, and though our income would take a hit, we would still be able to save money. With the extra time per week, he would be able to take one class per semester at the university as a “non-traditional student.” His guidance counselor determined that at this rate, he would graduate around 2021. Eek! But, if he decided to go full time, including spring and summer terms, he could graduate by December 2016; a much more workable plan.

I was nervous to tell my mom about what we were planning, but when I did, she said, “If anyone can do it, it’s you two.” It was really nice to have the parental support, because the internet was not so kind. People called us irresponsible, misguided, and said that we were crazy dreamers. My favorite comment was, “This is the stupidest thing I’ve ever heard of.” At least I know my mom likes me!

As the date approached for my husband to quit his job, I grew increasingly nervous. What if those internet commenters were right? What if we were just being foolish?

In the end, it was a moot point. My husband’s company underwent some major restructuring that resulted in most of his team being laid off, including himself. His boss and others in management had known about his plans to quit for months but very generously fired him, so that he would be eligible for a severance package.

So far, so good with our living on no income experiment!

So now, here we are, more than two months since my husband stopped work, and already finished with his first term (it was an accelerated course). How are things going so far? Well, not so bad, actually.

Thus far the changes have been minor. Some have been good – the university is closer to our home than my husband’s former office, so he rides his bike, leaving me free to use the car. Other changes haven’t been as wonderful – my husband is gone more hours per day so he can do most of his work on campus.

One of my concerns in planning our adventure involved the amount and type of food we would have access to. In my imagination I worried about being hungry all the time, forced to eat sludge with depressing names like, “gruel,” “mash,” and “cabbage soup;”  things that taste like sadness and broken dreams.

If you’ve read Survival Mom’s Could You Stomach These Great Depression Meals, you know what I’m talking about!

After assessing our expenses, however, we found that our grocery bill comparatively minuscule. We can still comfortably purchase fresh fruit and ground beef. It helps, though, that the meals I make from our food storage are flavorful and exciting: falafel, hummus, and black bean tacos.

Are you experiencing lean times, too? Don’t miss my monthly “52 Weeks Savings” series. Each month I post that month’s best bargains, discounts, and deals for the frugal-minded Survival Mom! Here’s a sample for the month of June.

We’re not in lean times, yet. It’s difficult to feel the pinch when there is still so much leeway. We are still making our mortgage and utility bills out of our savings, and expect that this will be the norm for some time. We have already begun eating up our food storage. We did not qualify for grants and scholarships at the beginning of this year because my husband was still employed, but we will qualify for those grants next year, and that will go a long way toward stretching our savings.

Although we will qualify for programs such as WIC and SNAP, we don’t anticipate that we will have to use them. We have no plans to take out student loans, either. The only sticky question that remains relates to health insurance. We don’t want to use Medicaid because we don’t want to become a burden on an already strained system. It’s something of an ethical labyrinth because being uninsured is far too risky (it’s also against the law, thanks to the Affordable Care Act). Yet the price of private health insurance is astronomical. We submitted an application to the healthcare.gov website, in hopes that it will direct us toward a middle ground: health care that is truly affordable that doesn’t constitute accepting a free lunch.

It is not my intention to, in any way, put down those who must use these programs by necessity. Rather, it is to illustrate our mindset. We know that living on no income on purpose is risky, but we have a strong desire to retain our independence and an even stronger desire to refrain from using resources that could go to people whose needs are greater than ours.

In all this, I’ve discovered a very good surprise. For most of our almost ten-year marriage, my biggest fear was that someday my husband would come home from work with news of being laid off. I’ve discovered that this doesn’t have to be such a scary thing. We had prepared for this, long before we made the decision for my husband to quit work. If this had been an unexpected layoff, we still would have been able to feed our children and fulfill our financial obligations, with a lot of room to breathe. If, in the next few months, circumstances prove that our current plan is untenable, we will still have the resources to stay afloat while seeking out another job. This, I feel, is the essence of emergency preparedness: so when the axe falls, preparation softens the blow.

Are you ready to live on no income?

One of the potential disasters that preppers keep in mind is suddenly having no income. Learn more about how to be a prepper with this selection of recommended books:

The Survival Mom, Lisa Bedford, teaches you how to be a prepper in this video

22 thoughts on “Going From One Income To No Income: The Plunge Has Been Taken”