I know I skipped the June Skill of the Month!  I’m going to give you two July skills to work on. Watch for the second one to be posted this week!

I’ve been thinking a lot about evacuations and evacuation routes.  After all, it’s one of the most enduring topics found on survival blogs, forums, and websites.  The Bug Out  Bag, Bug Out Vehicle, Bug Out Routes, and Bug Out Retreat have occupied thousands of hours of discussion and debate among preppers and survivalists alike. 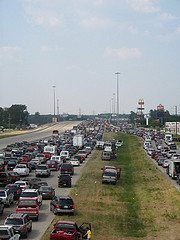 Everyone thinks they’ve got it all figured out.

Oftentimes, the plan comes with a little caveat, as in, “I hope we don’t have to evacuate during the winter.”  Or, “I hope the river isn’t flooding if we ever have to bug out.” Hoping isn’t much of a plan!  Your ideal evacuation route, first of all, should include more than one route.  If the river is flooded, go to Plan B.  If your main exit road is snowed in, you’d better have another route in mind unless you’ll be okay staying put until spring.

My own dilemma is that I live on an island of 4 million people, surrounded by desert, and there are only three main roads leading out of town.  All of them lead into the desert, a desert that kills hundreds of illegal immigrants every year.  Even the most savvy desert survivalist knows better than to begin a trek into the desert in the summer heat.  It’s impossible to carry as much water as you’ll need, and gas stations are few and far between.  Now imagine just a quarter of the city’s population trying to get out of town in the face of some massive catastrophe, a dirty bomb, say.  How many casualties will there be?  How many will make it to a safe destination?  Very few. 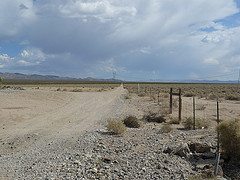 This summer, while the kids are out of school and you may be planning some family travel, why not make some time to check out evacuation routes in your area?  Get a detailed road map and a GPS, if you can.  Small, obscure roads may show up on a GPS but not on a printed map.  As  you travel over these roads, be aware of bridges, canals, and washes that might be overcome with water in a flood. Are there mountain passes that could become impassable in winter weather?  Stop and talk with locals who might be able to give you suggestions or clue you in on the downfalls of traveling over a certain route.

If you’re thinking you’ll 4-wheel it, you’d better be darn certain that both you and your vehicle can handle the rough terrain, especially if you’ll be loaded down with food, water, fuel, and supplies.  Those of you with young kids, think hard before planning a difficult route through wilderness in which you’ll be cut off from towns, other drivers, and possibly cell phone service, if cell phones are even operational.

Take into consideration why you might be bugging out.  Your plans in case of a hurricane may be different than if your city experiences a terrorist attack, a wildfire, or widespread power outage. 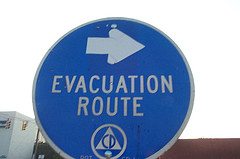 Also, if you plan on using more than one vehicle to bug out or you plan on pulling a trailer, boat, fifth wheel, or something else, the route(s) you choose need to be able to handle those extra loads.

So much depends on the type of crisis and its longevity, there are worse things than hunkering down in a well-supplied and fortified home.  Dying of dehydration in a 120 degree desert comes to mind.

Your assignment this month is to:

Bugging out to the wilderness:  Is it a smart option?