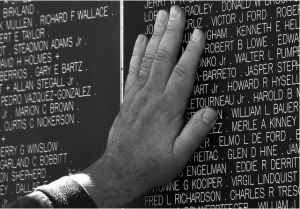 Coined by Jim Collins in his book, Good to Great, the term “The Stockdale Paradox” has come to describe the mentality of one of the toughest survivors to be studied, Vice Admiral James Bond Stockdale.

Admiral Stockdale spent seven years in the Hoa Lo Prison in Vietnam, where he endured and survived unspeakable conditions.  Years later he was asked how he coped during such dark, tortuous times.  His answer:

“I never doubted not only that I would get out, but also that I would prevail in the end and turn the experience into the defining event of my life, which, in retrospect, I would not trade.”

It is interesting that he CHOSE to make captivity “the defining event” of his life.  His disciplined mind was able to frame the experience to his advantage.

When asked, “Who did not survive?” he responded,

“They were the ones who said, ‘We’re going to be out by Christmas.’ And Christmas would come, and Christmas would go. Then they’d say, ‘We’re going to be out by Easter.’ And Easter would come, and Easter would go. And then Thanksgiving, and then it would be Christmas again. And they died of a broken heart … This is a very important lesson. You must never confuse faith that you will prevail in the end—which you can never afford to lose—with the discipline to confront the most brutal facts of your current reality, whatever they might be.”

The Stockdale Paradox (faith that you will prevail + discipline to confront the most brutal facts of current reality) can be practiced and developed BEFORE times get dark.  It is a mental perspective that can be powerfully effective, and is a gift from Admiral Stockdale that we all can make use of.

By John A. Heatherly, Author of The Survival Template