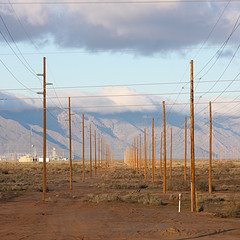 Yesterday, when I was teaching a “Cooking Off the Grid,” class, it occurred to me just how many emergencies involve a power outage.  Earthquakes, severe winter weather, flooding, tornadoes, heatwaves, hurricanes, and more are all likely to cause a disruption in your electrical service.  When you consider how vulnerable our power connections are and how reliant we’ve become on the ready and steady supply of energy, suddenly having to do without is a scary prospect.

To begin making contingency plans for the next power outage in your area, make a master list of everything you routinely do that relies on electricity.  Here’s a partial list from my home.

Once you have your own list, take each item and brainstorm to come up with ways to cope if electricity was out of commission for more than just a few hours.  How might you heat water?  How would you deal with all the food in your refrigerator and freezer?  Do you have alternative ways of washing and drying clothing?  How will you stay warm this winter?  Is anyone in your family dependent on medical equipment that requires power?

Life without electricity, whether for a few days or a few weeks, is a sobering thought.  We’re used to power companies rushing to make repairs and insure that power is restored, but the fact is, in a massive crisis you would be on your own and help might be very slow in coming.  Put your Survival Mom hat on and begin making lists that would help your family cope in a power-down situation.  Begin with the most critical need (medical equipment?  a heating source?) and work down from there.  My kids Wii is nowhere on my list!