57shares
Some of the links in this post may contain affiliate links for your convenience. As an Amazon associate I earn from qualifying purchases.

Sometimes when I’m browsing through social media posts, I feel like I live in a different world than many of my fellow citizens, especially those a good deal younger. There is no denying we live in a world of contrasting opinions and worldviews. Modern technology has made it more convenient than ever to display our unique perspectives and even easier to ignore hearing those of other people.

The Millennial Generation, ages 18-35, are master manipulators of the social media world. But while they are so busy sharing their opinions, they are often missing lessons already learned by generations before them. Tom Brokaw wrote a book titled The Greatest Generation, about babies born in the Great Depression, who fought in WWII, and who returned to be part of one of the most productive times in history. The Greatest Generation had already learned and mastered some simple solutions to problems that seem to befuddle the younger leaders in our world. 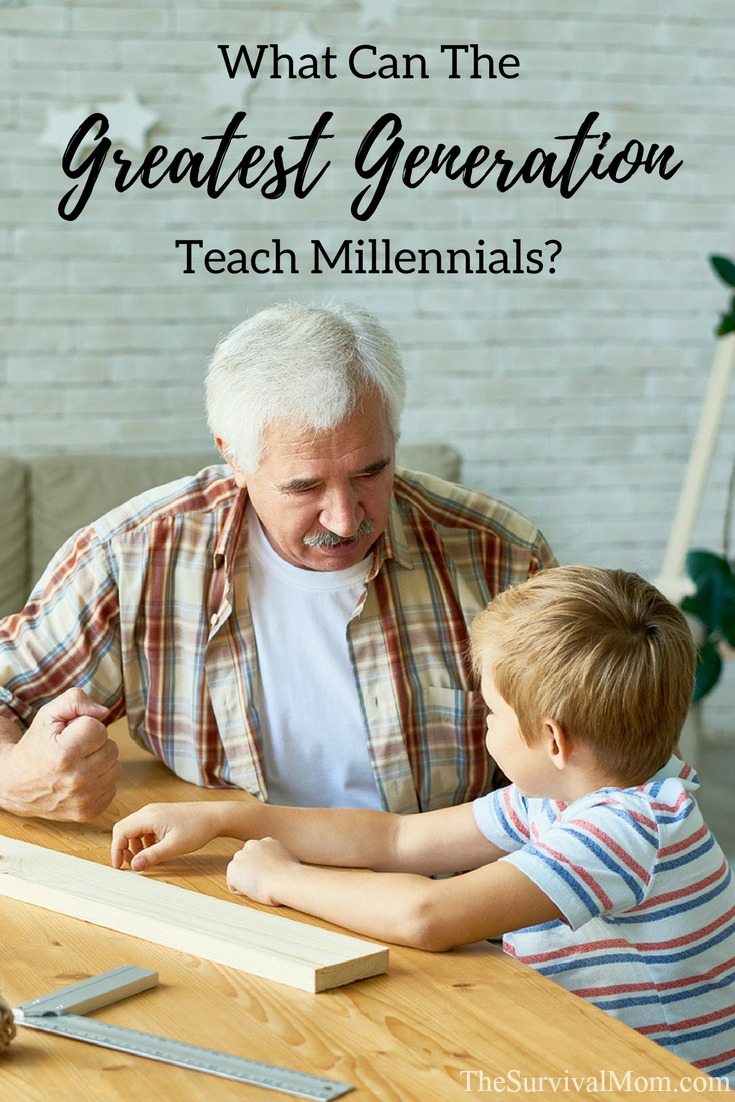 Let’s take Laura as an example. Laura is a 23-year-old new college graduate. She has grown up in an era of technology and information. She considers the internet a basic utility and necessity of life and owns a smartphone, a smart tv, a laptop, and a tablet. Her car can pair and sync and do everything but wash the kitchen sink. Her entire life is scrapbooked since middle school on Facebook, Instagram, and YouTube. She’s got hundreds of “friends” on all these social media outlets. None of them are available for lunch or girls’ night out, and all of them have picture perfect lives. With student debt (the average is $30,000) and credit cards, her net worth is growing very slowly.

By contrast, Ann was born in 1932. She has all the utilities she needs. Electric, water, and gas. Her phone plugs into the wall and has a twisty curly cord attached to it. It never runs out of charge and the number hasn’t changed in 43 years. Ann’s TV has two antennae that stick up in the air and a little box the government gave her a few years back to convert analog to digital signals. She is content to watch the three main networks she can get for free – and she watches shows according to their schedule. She doesn’t google anything and can read a paper map, so she doesn’t want navigation in her car. And she doesn’t need to be pestered on a cell phone while she is at the grocery store, so she doesn’t have one. Her habits of careful spending and living a frugal lifestyle have allowed her to live out her golden years, not rich but enough to continue her lifestyle.

This gap in lifestyle and finances might make these two generations seem a world apart, but the Greatest Generation can offer something to Millennials that years of wisdom has provided them – insight on how to survive this current economic and political climate and weather future storms to come.

The older generation understands the value of self-sufficiency skills

They came from a time when there was little to no money for shopping, but time and skill could fill the gaps. Gardening allowed many families with no money to still eat well. Sewing allowed clothing to last or be repurposed and even today, basic sewing supplies are a very frugal purchase. They played cards and party games at home for entertainment. And they did a lot of their own repair work.

Millennials have grown up in a world of big-box chain stores, disposable products, and a fast food culture. A night of entertainment (dinner and a movie) could easily cost $100 or more per couple. Most of the games played require technology that has a cost associated with it. And, still, there is a drive to accumulate more. But imagine a world where millennials put away their smartphones and spent time digging in the garden. Then cooking fresh, homemade foods and playing a round of Gin Rummy with real cards.

The Greatest Generation learned the value of saving money.

Having watched their parents struggle through the Great Depression, they understand the value of having money in the bank. They are willing to work hard and sacrifice today to have insurance against suffering in the future. Their self-sufficiency helped them to live within their means as finances eased up. And the Greatest Generation used the extra money they had to save and prepare for retirement.

Baby boomers and Generation X seem to have lost some of these lessons. Many of them are relying on Social Security and/or a pension to take care of them in their golden years, but they have very little saved in the bank or in investments. However, there is good news. Fifty-two percent of Millennials, according to a 2014 survey by Hearts & Wallets (a retirement market research firm) have made having an emergency fund their number one priority. While they are drowning in a sea of student loans, they see the value in having a supply of cash for emergencies. Hopefully, as student loans are paid off and finances ease up for this generation, they will begin saving for retirement. After all, with an average life expectancy of nearly 80, retirement funds need to last 15 or 20 years now.

TIP- a frugal lifestyle isn’t just for the “older” generation or preppers, it is for everyone. Everyone should care about their financial security and live within their means. Here are a few guiding rules to help encourage you to live a more frugal life.

Third, the Greatest Generation was less mobile. They cherished family, built neighborhoods and established strong roots in their community. Their friends were only a sidewalk away and their extended families were often just around the corner. They did business with the same stores and companies for decades and their personal banker knew them personally. They looked out for one another and helped each other out like friends who have known you for years and years and years will do.

We rely on being able to call, text, email, and skype the ones we care about. We move across the country or even across the world pursuing careers. Companies have fewer and fewer satellite offices and larger central headquarters. Consequently, we are spreading out around the globe. It’s less and less common to know your neighbor’s name. And while the technology is there for our loved ones, there is still something lost when we don’t have real face to face contact. These people who would have been a support network in the past are too far to help with things like child care.

While many of the Greatest Generation relied on the help for going to the grocery store and running errands, we now have a large force of working parents. A recent Pew research study recently revealed that 41 percent of children are being born to unmarried parents. As more children are being raised by single parents than ever before, there could be a real practical value to having strong, personal, and geographically desirable support network built into the community.

TIP- In this day and age where just about everyone carries a cell phone, we just assume that we will always have the ability to make a call. There are many possible reasons why family members may not be able to reach one another by phone or otherwise in the aftermath of a disaster. Learn how to create a designated communication hub.

The Greatest Generation understands the value of reputation.

Even as youth, they understood your word was your bond, and a handshake meant something. Because of their tight-knit communities, they understood you couldn’t behave in a way that would get the gossip mill going. And, while there is no doubt that teenagers of yesteryear did some foolish things, they at least made an effort to keep it somewhat secret when they did. Loans were issued on reputation as much as credit reports. And merchants would let you buy on account.

Millennials, on the other hand, dabble and experiment with their reputations constantly through social media. They have spent more than a decade, since Facebook started in 2004, posting pictures of every funny, sentimental, and embarrassing moment of their lives. They’ve blogged, and video blogged their private thoughts for all the world to see on the internet. The more gossip-worthy their tweets and posts were, the more popular they felt. The adage “there is no such thing as bad publicity” seems to have really resonated with the Millennial generation. But, now they are maturing.

The first Millennials are approaching 40. They are having to live in a world where their college stupidity is searchable on the internet and out of their control. Children are finding evidence of their parents’ follies. Companies are starting to search historical social media records to make hiring decisions. And suddenly, Millennials are learning what their grandparents knew all along – reputation matters, and a bad reputation can hurt you more than a good reputation can help you even.

It has been said that those who don’t understand history are doomed to repeat it. Many of these lessons we think are part of the modern era are new packaging on old problems. We can learn a lot by seeing how a generation born and raised post-prohibition, post stock market collapse, and post settling the west learned to overcome the pitfalls of short-sighted decision making. We might find that the Millennials, or perhaps the children of the Millennials, will be the next Greatest Generation. 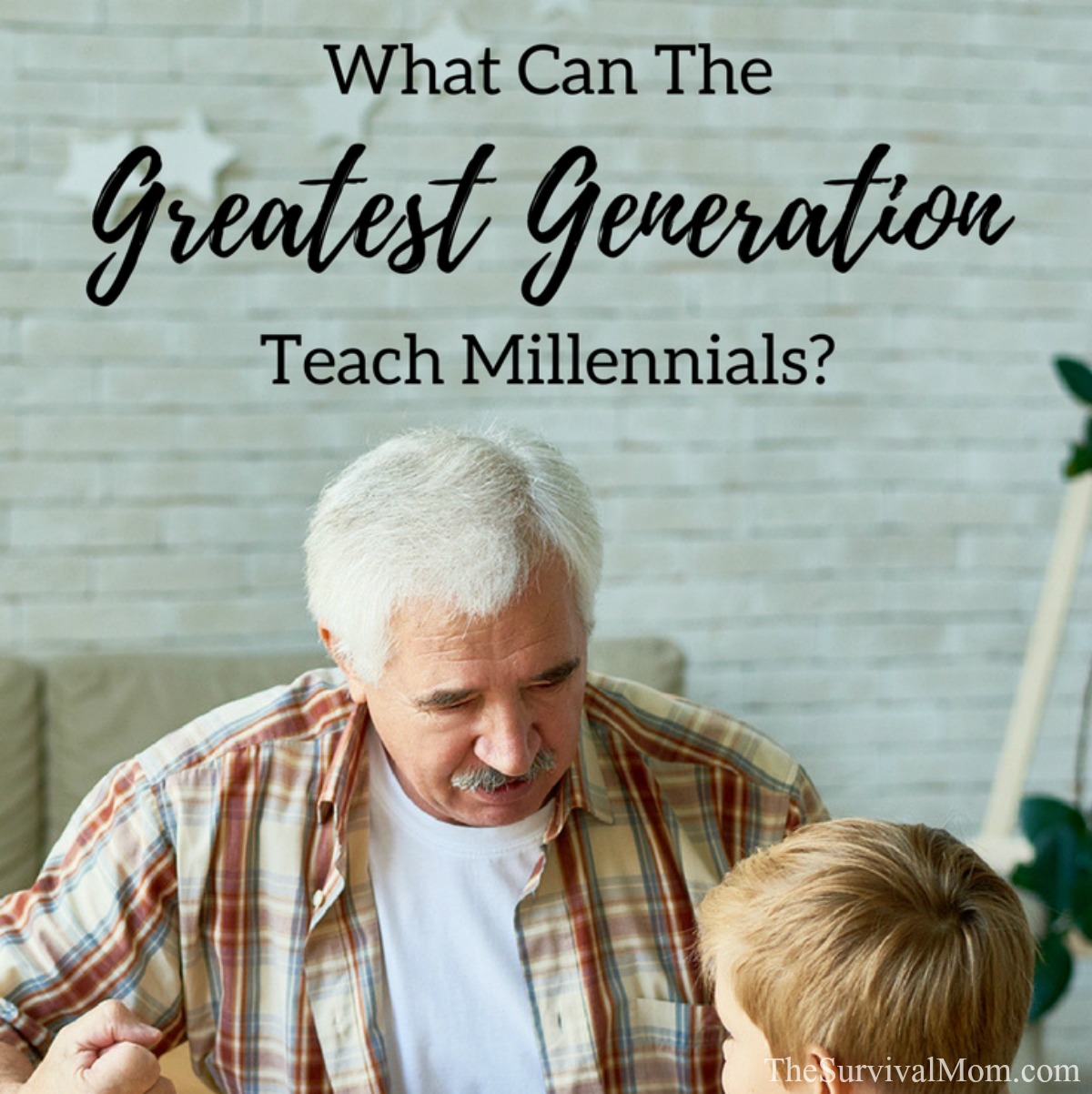