42shares
Some of the links in this post may contain affiliate links for your convenience. As an Amazon associate I earn from qualifying purchases. 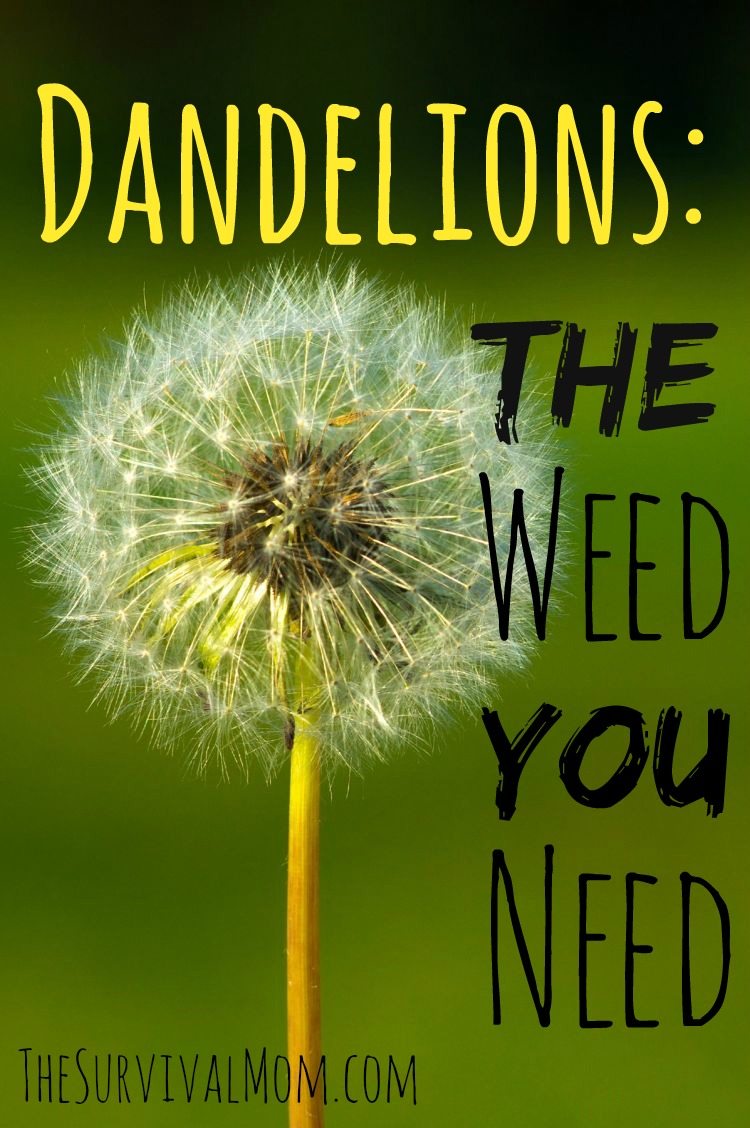 The dandelion is usually thought of as a pesky and annoying, yet remarkably resilient, weed. It is the arch nemesis of the landscape artist and gardener alike. The battle rages on from spring to fall with this resilient weed. Instead of attempting to eradicate them, let’s take note of the many benefits of dandelions.

Apart from being a beautiful yellow and fun for kids to blow the seeds once the bloom dies, this misunderstood plant is actually beneficial in practically every way in which a plant could be.

The dandelion in your garden

Dandelions are actually little yellow flags that pop up to tell you there is some type of imbalance to your top soil. Not a weed that is bent on taking over your tomatoes, but, instead, an attempt to help aid in their growth by replenishing the soil of what it is missing.

They are actually the initial step in the improving and restoring of a stripped or ruined area of soil back to its balanced and hospitable growing environment. Their wide-spreading roots loosen hard-packed soil, aerate the earth, and help reduce erosion.

The tap root of the dandelion, which is what makes them so hard to kill, reaches deep down into the depths of your dirt to bring vital nutrients to the top soil. The sun, rain, other elements to which the soil is over exposed due to tilling or over growing has removed these nutrients such as calcium. The tap root of the dandelion brings calcium from deep in the soil and makes them available to other plants. Wherever you see dandelions peering out over green turf and turning it gold, the earth is being rejuvenated!

Go ahead! Eat a dandelion! Dandelions are actually much more nutritious compared to many of the veggies in your garden. Click To Tweet

Dandelions as a nutritional food

Every component of the dandelion is edible. The yellow flowers make a delicious treat, while the leaves possess even more nutritional content (including Omega 3 as well as 6 fatty-acids) compared to any kind of leaf lettuce you’ll locate in a produce section of your grocer. Dandelion leaves are used to add flavor to salads, sandwiches, and teas. The roots are used as caffeine-free coffee substitutes, and the flowers are used to make wines and jellies.

Dandelions are a green and growing first aid kit. Native Americans boiled dandelion in water and took it to treat kidney disease, swelling, skin problems, heartburn, and upset stomach. In traditional Chinese medicine, dandelion has been used to treat stomach problems, appendicitis, and breast problems, such as inflammation or lack of milk flow. In Europe, it was used in remedies for fever, boils, eye problems, diabetes, and diarrhea.

The main use has been as a diuretic and liver/bloodstream purifier. It stimulates production of bile, which can help break down gall stones. Choline, one of the dandelion’s main constituents, is essential to healthy liver function. The dandelion also contains hydrochloric acid, which helps the digestive system. The milk in the stem can be used as a skin softener, and it has an anti-fungal agent which can help control yeast infections. As a tea, it has anti-inflammatory properties.

The dandelion is your new BFF!

Like many things in life that keep showing up unexpectedly, we may need to take a second look at the benefits found in something so persistent. There are so many uses for the dandelion that was once thought as a weed that I have now taken to cultivating them right alongside my salad greens.  When I see one pop it’s little yellow head in the midst of kale or spinach, it becomes a welcome member of the family. It nourishes my other plants, often graces our table, and is in the sustainable first aid kit.