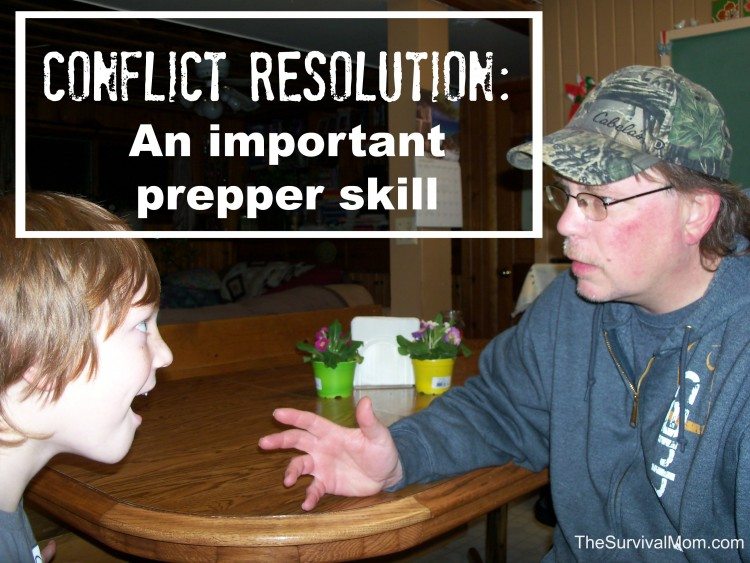 When do we tend to argue the most with our spouses and other family members? All other things being equal, it is when we’re stressed out about something. One of the most common reasons for marital strife is money trouble. It isn’t necessarily that money is the cause of the arguments, it is that one or both people are stressing out about the finances and, as a result, they tend to be short-tempered.

Now, if you think life is stressful when you’re a little short on the rent money, imagine how it might be during a life-altering crisis like the aftermath of a hurricane!

In some instances and circumstances, conflict is actually a good thing. That might be hard to believe, but hear me out! Conflict is often one of the primary ways things can change. For example, at work, a conflict between two coworkers, handled properly, can lead to a new way to approach a task or problem, increasing not only productivity but morale.

Even at home, conflict can lead to positive changes. It is all in how the conflict is handled.

First, no matter who your conflict is with, there are two words that are critically important. “I understand.” Telling the other person that you understand their perspective gives them a sense of validation. You’re not necessarily agreeing with them. All you’re doing is telling them that you get why they are upset.

The most important body part in resolving conflict is not your mouth, nor your fists, but your ears. It is critically important to actually listen to the person so you can work to understand their point of view.

Of course, there may be times when you genuinely have no clue why the person is angry or upset with you. Ask questions, honestly and without sarcasm or innuendo. Keep calm and avoid being defensive. After all, you don’t know at that point if you have anything to be defensive about!

When presenting your side of the story, try to stick with what we call I-statements. “I feel…” or “I think…” goes a lot further than sounding like you’re accusing the person of something they may or may not have done. Remember, the ultimate goal here is to resolve the conflict, preferably in such a manner that both people are reasonably satisfied if that’s possible.

As the full picture comes to light as to what is causing the problem, it is important to try and work together to come to a viable solution. This might involve some negotiation (“Okay, I can work on helping more around the house but I’d appreciate if you could tell me what exactly you want me to do in that regard.”). If the problem is behavioral, don’t expect complete changes overnight.

Sometimes, the person isn’t truly upset with you or about something you did. As I noted at the beginning, many arguments are due to external factors, such as job or money stress. Sometimes, all the person really wants is to vent some steam.

One thing my wife and I have done over the years is to preface these vents by saying, “I’m just venting here.” This lets the other person know there is no actual resolution being sought and takes the pressure off both of us. (Given that I met my wife when I was all of 20 years old and we’ve been together for 20+ years, I’d say we know a thing or two about getting along.)

Remember that our kids and grandkids also need to learn conflict resolution skills for kids. They won’t be learning this in school, but it’s a skill they will need their entire lives.

Resources mentioned in this article