73shares
Some of the links in this post may contain affiliate links for your convenience. As an Amazon associate I earn from qualifying purchases.

Summer vacation is starting! Summer camps can cost hundreds of dollars a week. As great as those experiences can be and as much as kids can learn, the cost adds up fast. After several summers of my kids complaining about having to get up for camp, mine are only signed up for a few day camps each.

That leaves a lot of time for them to drive me insane and get really bored. So, I put together this list of summer camp ideas for moms that you can schedule right at home.

Really. For some afternoons throughout the summer, I’ll leave one boy playing with his friends at their house and have other kids come here for “camp” with my other son. Just make sure you’re doing even swaps. You don’t want another family to feel like you’re using them for free babysitting, and you don’t want to be the free babysitter.

Most parents I know have things stuck in a closet that would make great little themed “camps.” Whenever there is something appropriate (like building forts – a.k.a. shelters – in the woods), you can assemble a bigger group so all the kids can play together for “camp.”

With a travel theme, a “Mexico” week could include making tortillas and an “Alien Invasion” theme could include an evasive NERF course for learning to evade a hail of bullets along with making alien green goop. (Note: There are a TON of different kind of NERF darts – check with your child to make sure you buy the correct ones.)

A “London” camp could include acting out a play like you’re at Globe’s Theater, building your own bomb shelter (fort!) like many WWII era books and movies include (The Lion, the Witch, and the  Wardrobe /The Chronicles of Narnia and Bedknobs and Broomsticks, for instance), or designing your own royal wedding and wardrobe.

Cooking could include outdoor cooking, no-cook cooking, baking, dehydrating (and rehydrating), and cake decorating. (My boys love baking because they can eat what they bake.) Spy Camp could include treasure hunts, pre-packaged murder mysteries like the dinner party kits, an evasive bike-riding course, and more NERF.

The “Whodunit? Lab” from Discovery Kids (crime lab experiments including fingerprinting) is great for science-oriented kids or kids who love solving mysteries. It is out of production, but I found it on eBay. There are tons of science and spa / soap making kits available.

Even more possibilities are working on Cub Scout belt loops, photography, crafts like weaving and spinning, wood working, art, and gardening. The choices are limited only by your imagination and the skills you know or are interested in learning.

Sharing Something YOU Love with Your Kids

Summer camps are great, and they definitely provide sanity breaks if you’re home full-time with your kids, but doing your own Camp Mama (or Papa or Grandparent) allows you to teach your kids specific skills, cater to their interests, and share something you love with your kids.

I’m a poor swimmer at my best, so sending the kids to swim camp instead of trying to teach them myself is a no-brainer, but the “whodunit? lab” looks wicked cool. We never have time to try it during the school year, so doing that as a camp is equally a no-brainer. And of course, they’ll need plenty of time to just kick back, relax, play some Minecraft (another camp possibility) with their friends, and enjoy their free time during summer vacation. With a little luck, so can Mama! 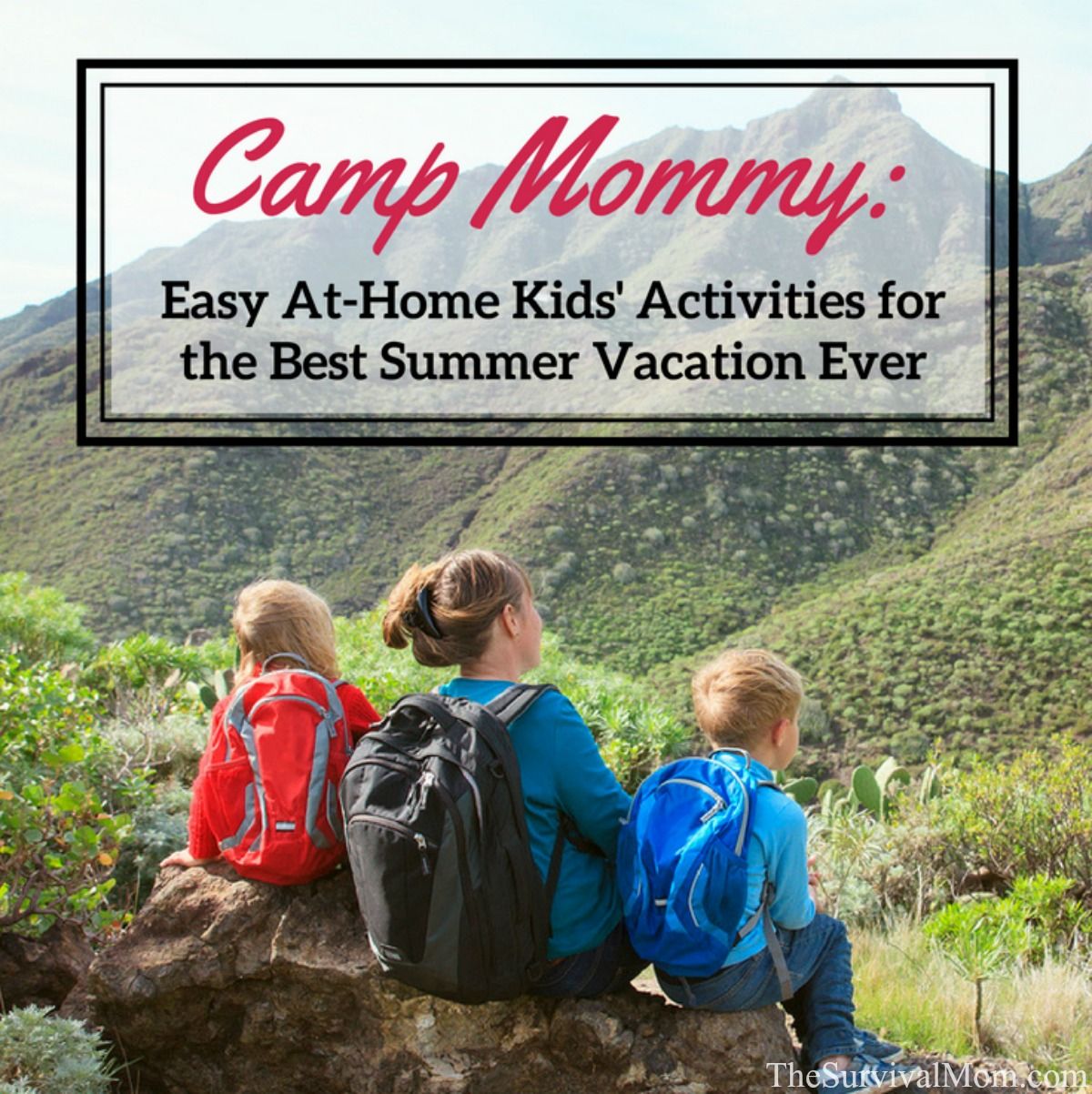