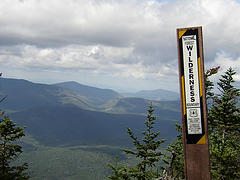 bugging out, image by Jagger

A common perception of Alaska is that it’s teeming with wildlife.  It is, but this group of people nearly starved to death over the course of 30 days or so because hunting down much more than a ground squirrel or a mouse was far more difficult than they ever anticipated.  In fact, a professional bear hunter was brought in, and in spite of three separate outings, even he could not help them bag a bear!  Incredibly, even basic fishing resulted in empty hooks week after week!  One character, a police officer, lost more than 20 pounds in less than three weeks.

Many preppers have the idea that they will just head to the hills and camp out in a National Park or National Forest and live off the land.  After all, the cities are going to be hell holes.  Right?  Well, if reality is anything like the experiences faced in “Out of the Wild”, maybe I’m better off taking my chances in the suburbs.  Very, very few of us have even the most basic survival skills, and as this TV series makes evident, daily survival becomes a 24-hour job.  All too often, hunters and fishermen come home empty handed.  If the larder is empty, starvation becomes more and more likely. 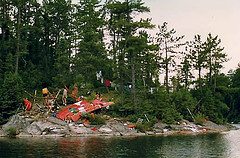 One book, Bug Out: The Complete Plan for Escaping a Catastrophic Disaster Before it’s Too Late was reviewed by Leon Pantenburg, and although Leon thinks the book is a good resource, he points out some advice given by the author, Scott B. Williams, that might not be the wisest course to take.

A great portion of the book lists public wilderness areas, and suggests parks, national forests and natural areas where you might get away from the crowds and off the beaten path. While applauding all attempts to be prepared for potential disasters, I am lukewarm, at best, about the concept of heading out into the wilderness to survive a catastrophe.

I have hunted weeks in some of these recommended areas without getting a shot at a big game animal. And if you’ve never been skunked fishing, then you don’t get out on the water much.

Another caution about these suggested locations: If you read this book and decided to head for a published wilderness area, probably a lot of other people will, too. The traffic jams around some of these areas may be incredible!

Scott has an outstanding blog, Bug-Out Survival, so perhaps he elaborates a bit on when bugging out to the wilderness is the best course of action and when it isn’t.  I’ve learned a lot from his experiences.

Have you considered bugging out to the wilderness in a SHTF scenario?  I admit, the idea is tempting, but I fear the reality would be deadly.  What are your thoughts on this?