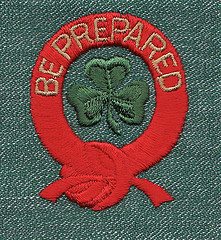 All humans have a very basic need for self-sufficiency and in these times of extreme uncertainty over a multitude of issues, this instinct manifests itself in some equally extreme ways. It can be easy to dismiss such things as paranoia, but paranoia is an irrational fear and these modern threats we face are certainly very real. In this article we outline 8 reasons why these extreme precautions are an absolutely sane response to our increasingly hostile environment.

1. Not only are we in the worst recession since the great depression, but the market is continuing to show signs of instability.

Looking at all the various economic indicators available, such as unemployment, inflation, and the Dow Jones Industrial Average, America’s economic future is in doubt. The swings from low to high and vice versa in the Dow Jones alone are setting records, but it’s also happening across the entire economic spectrum. This isn’t alarmist, this is reality.

This is a more difficult statistic to prove because the latest data is pre-2007, however if you look at historical examples in the U.S. as well as statistics among third world countries, then you can make a case for this. Also, just from watching the news we know that certain crimes, like home invasions are on the rise. It may only be a small chance that you’ll ever be victim to such a horrible act, but by taking the proper precautions you can make sure it never happens.

3. The weather seems to be getting crazier and crazier.

I’m not just talking about the big natural disasters we’re seeing, but the everyday weather I’m seeing in my own back yard. We now get wind storms that are so strong they are blowing over the big green highway signs. I’m in the middle of Pennsylvania and we’re experiencing earthquakes that the scientists can’t explain. Regular old thunderstorms are so powerful they’re knocking down trees all over the place, and flooding is becoming almost expected in the springtime.

My first thought the morning of September 11th? How could these planes fly off course for nearly an hour and nobody take notice? Katrina, the Deepwater Horizon, it seems as if our government can’t get anything done outside of slick marketing practices.

5. Anti-American Sentiment is at an all time high.

In a matter of ten years we’ve gone from being the good guys that the rest of the world looks to for guidance and help, to some kind of a spoiled bully. As Americans we know this isn’t true, but our government doesn’t seem to be doing much to try and convince them otherwise.

6. China is turning into the new Russia.

For those of us old enough to remember the collapse of the Soviet Union and the dismantling of the Berlin Wall, it was the end of an era. The fear of nuclear annihilation was a very real threat in those days, and it was an exhilarating feeling to be the victors in what was a global struggle. Now that the Chinese have risen to the second largest economy in the world, they are using their newfound power to antagonize the United States. If history is to repeat itself, then this century, like every century before it, will also have a major conflict. China’s increased aggression towards the U.S. combined with their revealing of new military weapons targeted specifically at U.S. assets (Like the anti-aircraft missiles they revealed a couple years ago) makes them a likely candidate for an antagonist to war.

Hope for the best, but prepare for the worst.

This old adage rings truer and truer every day. From the simplest things we can prepare for like bug spray and first aid kits on camping trips, to independent electrical production and stores of non-perishable food items for global conflict, taking the time to prepare ourselves for these worst case scenarios is the best measure we can take in an uncertain world.