Skip to content
2873shares
Some of the links in this post may contain affiliate links for your convenience. As an Amazon associate I earn from qualifying purchases.

Spinning is one of those skills that, once ubiquitous, has become something of a novelty. In the past, spinning your own yarn with a drop spindle or spinning wheel was as common as cooking dinner. 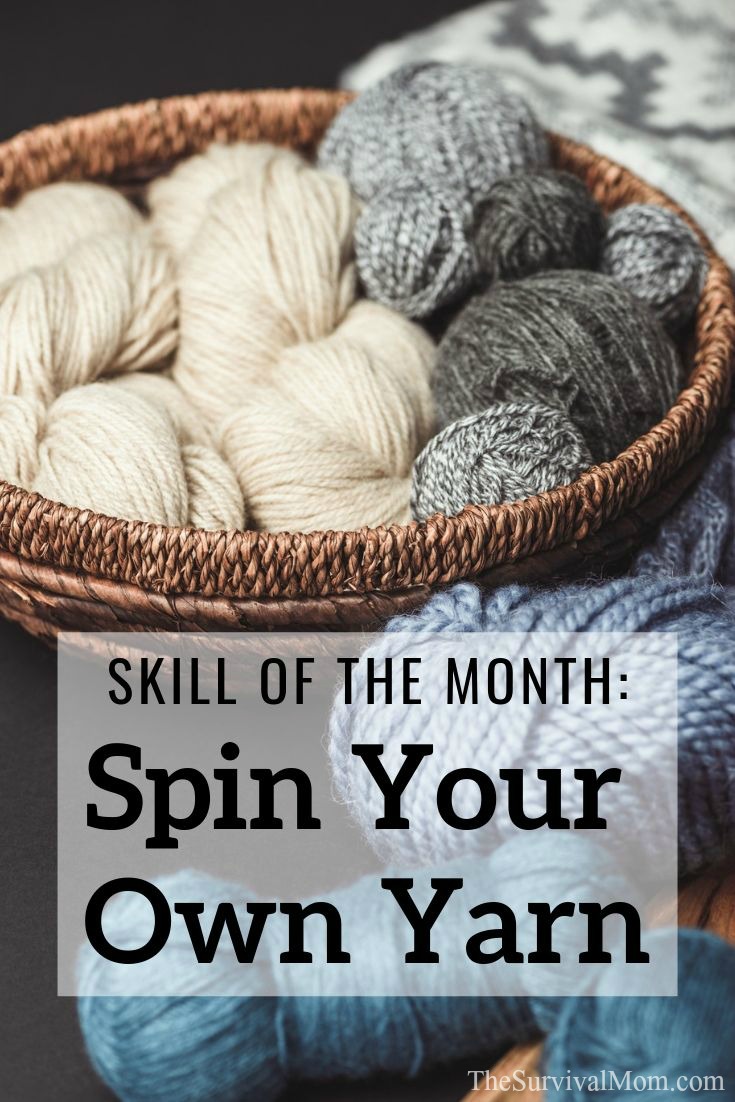 Everybody used to spin.

If you are alive on the earth today, you have ancestors who spun.

The industrial revolution pretty much obliterated spinning as a cottage industry, and spinning dropped out of the public consciousness as a result. This is particularly evident in the sheer number of film adaptations of fairy tales that don’t get it right. (By the way, Princess Aurora, that was the distaff, not the spindle!)

Spinning your own yarn saw a slight revival beginning in the 1970s when more people saw the merits of spinning one’s own yarn. My mom was one of these, and I learned from her. Today, thousands of people spin. Most major metropolitan areas on the United States have a spinning guild.

Spinning your own yarn is for everyone!

Everyone should at least dabble in handspinning, if for no other reason than to appreciate the ease by which we come by our clothing in the modern world. Clothing, prior to the invention of mechanized spinning machines, represented an amazing amount of wealth, not because of the cost of materials and equipment, but the amount of time required to produce it.

Adding spinning to one’s repertoire is wise also from a preparedness standpoint. If ever a situation arises where it is impossible to obtain blankets or mittens, but your neighbor happens to have a flock of sheep, you will have the skill set necessary to keep your family warm during the winter. Maybe that’s a long-shot, but maybe not.

Even if you never find yourself in a situation where you will have to know spinning to obtain clothing, often the items you can make yourself will be superior in quality to anything found in the store. The wool mittens I made my son two years ago are so warm that, after playing in the snow for forty-five minutes, every part of him is chilly except for his hands, which sweat. I made my middle child a woolen bodysuit/ coat when he was a baby and everyone who has ever seen it gushes over how adorable it is.

Finally, there is the personal satisfaction that comes from producing tangible, usable items out of mere fluff.

Spinning your own yarn is a hobby that will allow you to spend as much or as little money as you want. A spinning wheel is the biggest and most expensive piece of equipment, and

these can run anywhere from $300-$1200. Other items, mostly for the purpose of preparing the fiber for spinning, are also available, but that’s a subject for another article. Until you are sure that you really enjoy spinning, I would discourage you from spending more than $30.

When I was fifteen, I spun my very first yarn out of the combings from my family’s fluffy Shetland sheepdog, using a spindle my mom happened to have laying around. A couple of months later, when my family moved overseas and my mother’s other equipment was in storage, I managed to throw together a working spindle using the top of a cottage cheese container and a chopstick. I couldn’t find knitting needles, so I used sharpened pencils. (Not recommended, but doable.) I made a very fluffy scarf.

If you are not confident in your ability to utilize common household items in this fashion, I would recommend that you buy a basic drop spindle (Ashford’s student drop spindle will only set you back $9.50), and some commercially prepared fiber, known as “roving” or “top.”

If you want to try some actual raw sheep’s fleece, the very cheapest way to get it is to make friends with a kid with a 4H lamb. You could also search for local sheep farmers in your area and contact them about purchasing a fleece directly – expect to pay in the neighborhood of $40-$50 for a decent fleece. The methods for washing fleece are many and varied; that is also a topic for another day. In the meantime, you can’t go wrong with roving.

As in everything, the best way to start spinning is to jump right in and do it. It is best learned from another person, one-on-one, sitting in the room with you, but not everyone has another spinner readily available to learn from. For this reason, YouTube tutorials are a godsend. A quick search for “how to spin with a drop spindle” will turn up a lot of possibilities.

You’ll notice first off that it is an activity that requires the coordinated use of both hands. It can be tricky to get both hands to work together at first but don’t be discouraged. I promise you’ll figure it out, and soon! My oldest learned how to spin on my spinning wheel when he was four.  If a child can do it, you can do it, too.

Other good spinning resources can be found from the Joy of Handspinning and Interweave Press.

I hope this quick overview of spinning inspires you to try it. Once you have knit with your own handspun yarn, you will never want to go back.

Do you have a secret stash of yarn hidden somewhere in your home? It’s okay, we won’t tell anyone. Check out Three Thrifty Ways To Increase Your Yarn Stash.

Resources mentioned in this article: 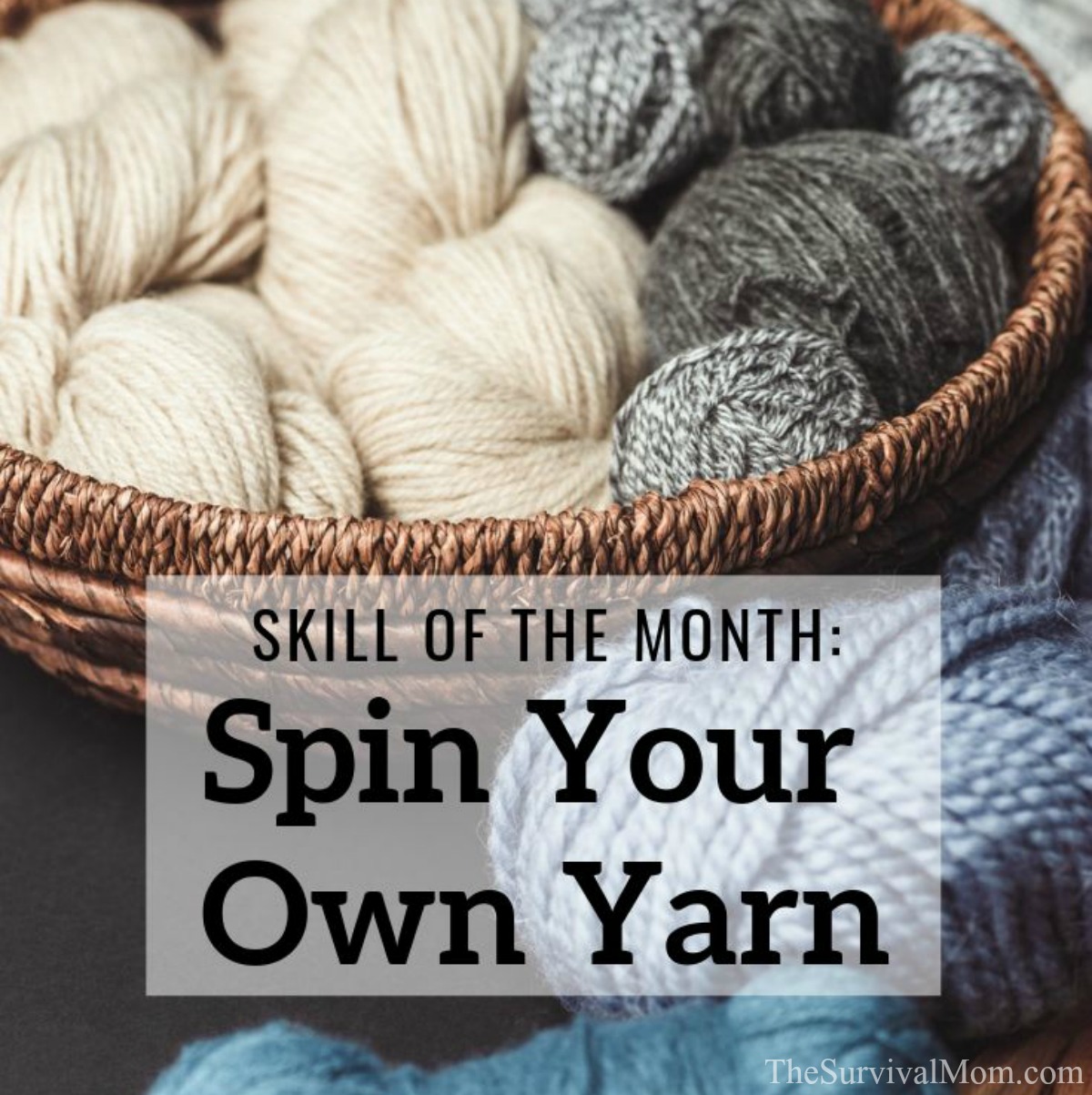 7 thoughts on “Learn How to Spin Your Own Yarn”