Skip to content
36shares
Some of the links in this post may contain affiliate links for your convenience. As an Amazon associate I earn from qualifying purchases. 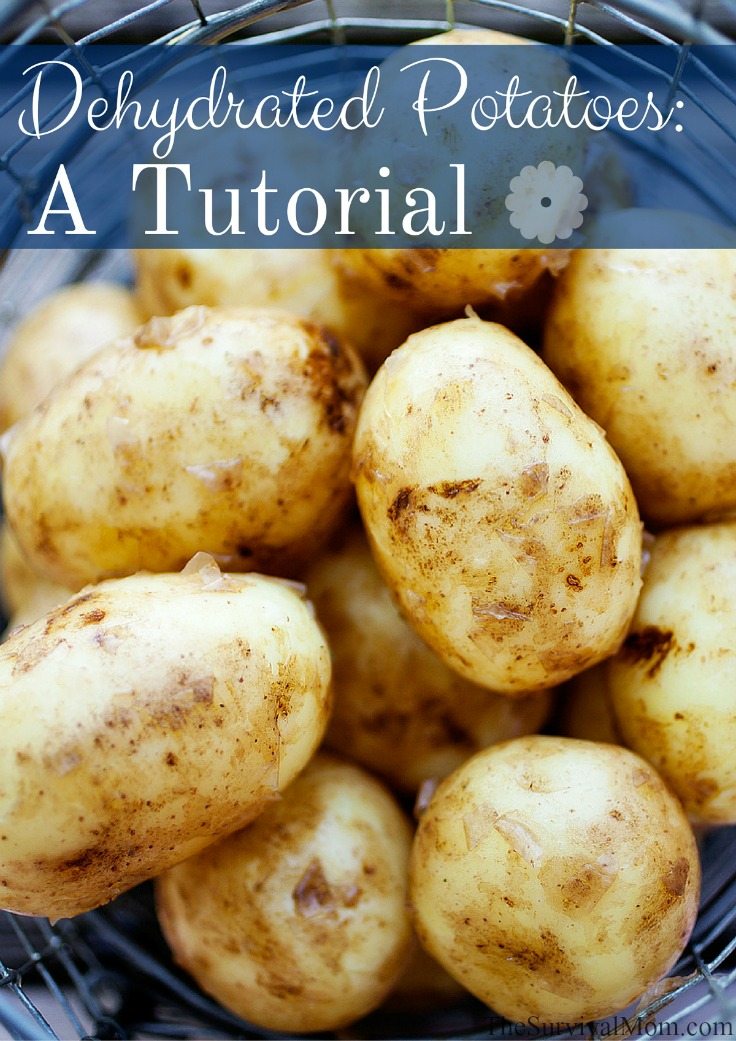 My husband is a meat-and-potatoes kind of guy. Except not really so much of the meat; just potatoes. As far as he is concerned, potatoes are the staff of life. “Potatoes have probably saved millions of lives,” he told me when I said I was going to sit down to write an article on potatoes in a can.

So, of course, we have to have them in our food storage. How could we not? They are versatile, inexpensive, come in a number of different forms for food storage, and are sold by every food storage company that I know of.

Here’s everything you need to know about the different ways potatoes can be purchased in a #10 can, and how I use them in my home.

Types of Potatoes In A Can

There are four types of potatoes in a can: Dehydrated potatoes, freeze-dried potatoes, complete mashed potatoes and potato flakes. You may also find potato beads, dices, slices, and shredded potatoes, depending on the company.

In their dehydrated form, as slices, these potatoes look and feel like extra thick, brittle potato chips. Once hydrated, however, they can be used just like any other sliced or diced potato in soup, stew, casseroles, and even potato salad. If you’ve ever purchased a pouch of Potatoes au Gratin from a brand such as Betty Crocker or Idahoan, you’re familiar with dehydrated sliced potatoes.

ThriveLife carries freeze dried potatoes in dices, which works well when reconstituted and used in place of potato slices when making potatoes au gratin. Yum! (My favorite au gratin potato recipe can be found here.) You can also chop the reconstituted potato dices finely and use them for hash browns. Some people don’t enjoy plain, reconstituted freeze-dried potatoes because the freeze-drying process robs the potatoes of some flavor, and it somewhat alters the texture, but in most dishes, you would scarcely know the difference between fresh and freeze-dried.

Need a more budget-friendly option? Dehydrated potatoes will be less expensive than freeze dried and, because they shrink up so much in the drying process, you will end up with more potatoes in the container than if they were freeze dried.

Freeze drying preserves much of the original texture and flavor, and for this reason, FD potatoes are a great improvement over the dehydrated kind. They also take less time to reconstitute. Dehydrated potatoes must be left in hot water for 10-15 minutes before cooking, whereas freeze-dried potatoes only require five minutes.

The improved potatoey-ness comes at a price, however: Freeze-dried anything is going to be considerably more expensive than dehydrated foods. Depending on your personal preference, the extra cost may be worth it. Both freeze-dried and dehydrated potatoes will store for upwards of 20+ years, under the right conditions.

ThriveLife sells mashed potatoes in the form of a flakey powder, but they may also come as potato pearls or beads depending on the company. As the name would suggest, these are just-add-water mashed potatoes, with “Potatoes” being the only ingredient. No artificial flavorings here! Add your own choices of milk, butter, and seasonings in whatever amounts you please. I love having a can of instant mashed potatoes in my pantry at all times. They’re perfect for a quick side dish for dinner, or as a component of shepherd’s pie. I’ve added sliced green onion, grated cheddar cheese, and seasoning to leftover mashed potatoes and then breaded and fried them.

Potato flakes are similar to instant mashed potatoes. You will have to add extra milk, butter, and salt yourself. Some people say that they taste rather bland, even with added butter. By themselves, potato flakes can only be described as “stodgy.” Furthermore, the high starch content has a tendency to produce a gummy, gluey texture.

This isn’t particularly desirable in mashed potatoes, but is an excellent quality in bread making. All that extra starch helps make the dough extra stretchy, producing a delightfully tender crumb. Potato flakes are especially great for making donuts, because what could be better than making an unhealthy dessert out of your food storage?

This recipe originally calls for white flour, but it will work well with whole wheat flour on the condition that it is from hard white winter wheat. One final word of warning: This recipe makes a LOT of donuts, so don’t start unless you’re committed.

2. Let rise in a greased bowl until double in size (about 1 1/2 hours). Roll out like biscuits and cut into rounds. If you don’t have a donut cutter, use a wide mouth jar lid, and fingers to make a hole in the middle. 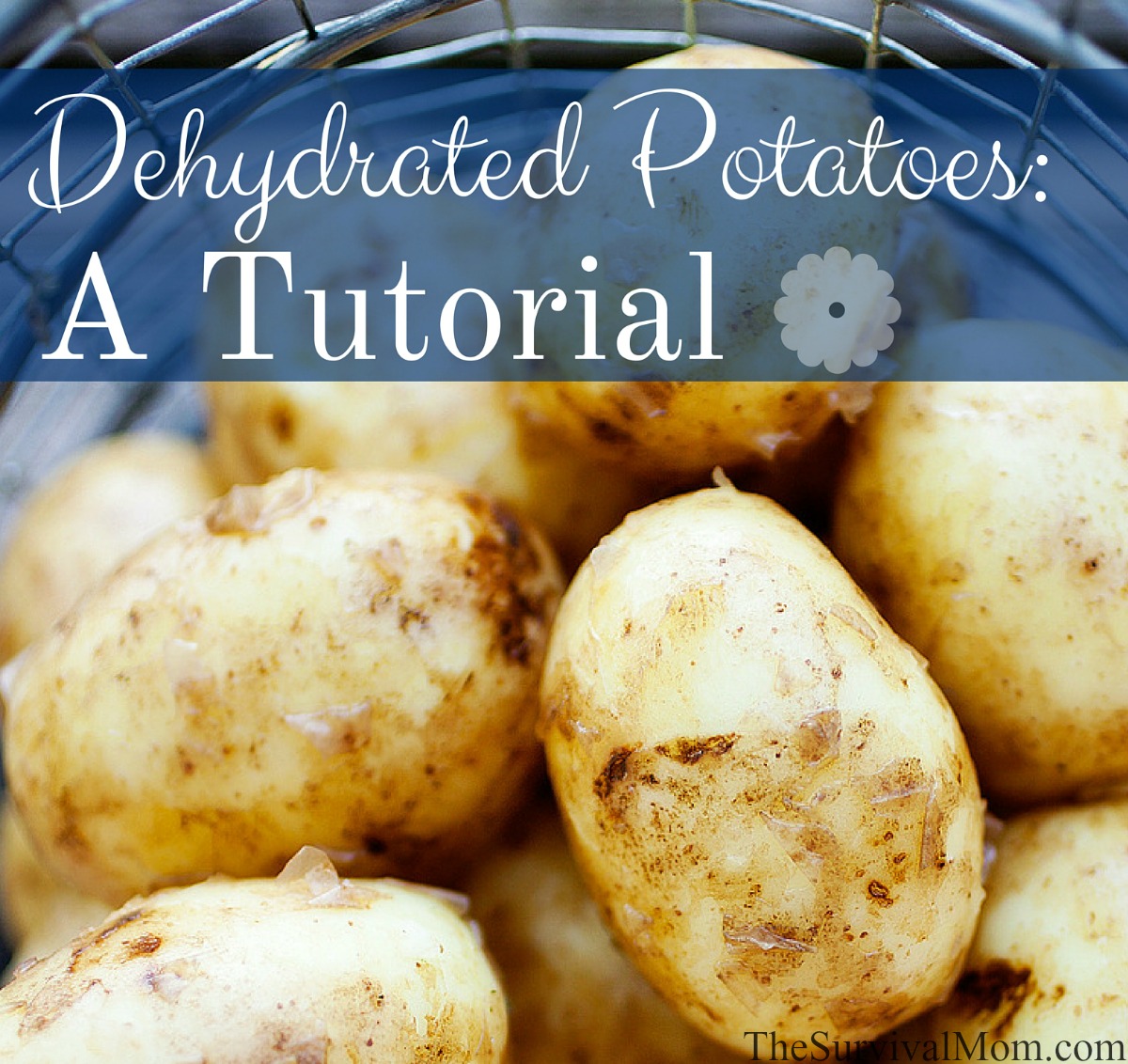 15 thoughts on “Potatoes In A Can: A Tutorial”