3157shares
Some of the links in this post may contain affiliate links for your convenience. As an Amazon associate I earn from qualifying purchases. 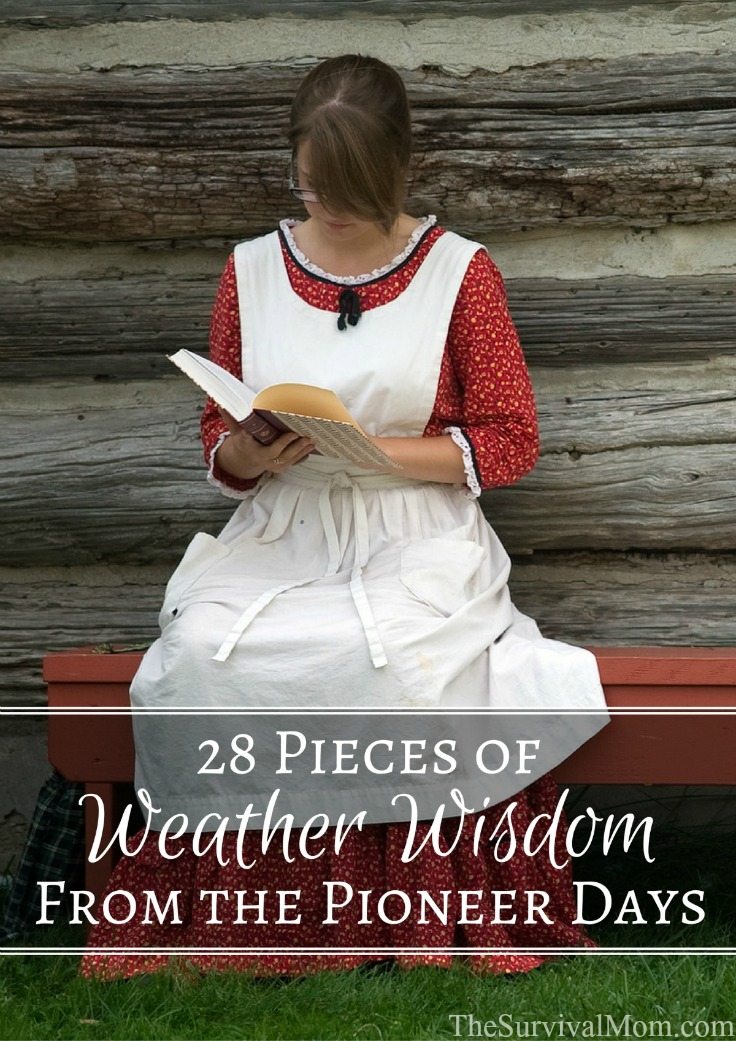 This year when I was getting ready to plant my spring garden, I was a little hesitant to plant according to frost date this year. In February, I had seen a local farmer post on Facebook something that sounded to me like pioneer weather wisdom:

February thunder brings a May frost.

It sounded like something out of the Farmer’s Alamanc. We had a thunderstorm on February 2, this year, and while our last frost date is usually around Mother’s Day (May 8), we had a frost on May 16. That frost damaged several crops in the area, and I was glad I had seen that farmer’s post and had waited to plant in my garden.

I saw another saying come true this year as well and this time it was from farmers who had to wait until after the frost and then had a second delay in planting due to rain. When most finally got around to planting, they noticed that at the same time there was a lot of white stuff floating around in the air.

When cottonwood starts to fly, it’s time to plant corn.

Seeing these sayings come true before my eyes made me wonder what other old farming wisdom was out there from pioneer days and even earlier in history. I began noticing other signs in nature, such as that June Bugs were only seen from our porch when it was a warm night. It had to be even warmer for the frogs to show up. I wondered if it might not be a good idea to wait for them to show up at least three nights in a row before trusting my plants to stay outside all night.

Hmmmm….maybe these farmers and the pioneers before them were on to something.

I decided to explore 3 different books of old-time weather wisdom from colonial days through pioneer days:

Pioneer wisdom for planting and weather

People have been planting long before there were apps or the internet to tell you when, where and how to plant in a garden. Planting was done by carefully watching signs in nature, including the weather and the moon. Over time, people began to notice patterns for what worked and what didn’t and those observations turned into catchy sayings that could easily be taught to the next generation and the next.

Many folklore sayings don’t have much to back them up scientifically, but then there are others like the two I saw that do show themselves true in nature, at least sometimes.

As survival moms, it could help to know some folklore in regards to weather and planting in case of a long-term power or Internet outage. A calendar last-frost date could be hard to figure out if you’ve lost track of what day it is exactly. Or, by paying attention to nature, you might be able to avoid a late frost like I did this year. Consider, too, that even with all of today’s technology, weather forecasts are not 100% accurate. Nature has its ways of predicting the weather, too.

Besides the Internet, one of the best sources to find folklore sayings is to get the Old Farmer’s Almanac or one of the books their editors publish. I picked a few up at my local library to look through (after which, I promptly put them on my list of books to buy for my reference shelf).

One of those books was, A Millennium Primer: Timeless Truths and Delightful Diversions by The Old Farmer’s Almanac editors and Tim Clark

A Millennium Primer was written to be a “summary” of the Old Farmer’s Almanacs from 1792 to 1999. The editor wanted it to be like a “suitcase you’ve packed for your journey into the next millennium.” It’s broken down into seven sections covering the human connection, health and food, self-reliance, animals, the sky, time and space and prediction. Here are some of the old sayings I found in the book — some interesting, some accurate, and some never proven to be true!

“When sheep collect and huddle, tomorrow will become a puddle.”

“Bats flying late in the evening foretell a fine next day.”

“Cows give more milk and the sea more fish when the wind’s from the west.”

“There’ll be one snow in the coming winter for every fog in August.”

The book also gives advice on using insects as thermometers. Grasshoppers are loudest at 95F, but can’t make noise below 62F. If you hear a house cricket, count how many times he chirps in 14 seconds and add 40 for the temperature where the cricket is. Ants don’t emerge from their dens unless it is 55F or above. Bees cluster outside their hive at 102F and inside at 57F. No noise from insects means it is 40F or below.

There are also tips on predicting the weather by the moon. Researchers are finding there is a correlation between the full moon, cloudiness, rainfall and thunderstorms. The full moon can raise the temperature of the lower four miles of the Earth’s atmosphere by a few hundredths of a degree – enough to affect the weather.

The second book I found at the library was Ben Franklin’s Almanac of Wit, Wisdom, and Practical Advice by The Old Farmer’s Almanac editors. Before the Old Farmer’s Almanac, there was Poor Richard’s Almanack, published by Ben Franklin from 1733-1758. It contained tables and weather predictions, along with whatever wisdom Franklin wanted to include. This book contains selections from his almanacs and information on Franklin’s life.

Here are some of the more interesting folklore sayings I found in this book:

”For every thunderstorm in February will be a cold spell in May.” (This is the one my farmer friend had heard!)

“If grass grows in January, it will grow badly the whole year.”

“When oak trees bend with snow in January, good crops my be expected.”

“When the cat in February lies in the sun, she will creep behind the stove again in March.”

“Old-timers in the upland South believe that frost will not occur after the dogwoods have bloomed.”

“If the ash leafs out before the oak, expect a wet season.”

“Mist in May and heat in June makes the harvest right soon.”

“There will be as many frosts in June as there are fogs in February.”

“When hornets build their nests high, expect a hot summer.”

“If the wind be hushed with sudden heat, expect heavy rain.”

“When spiderwebs are wet with dew that soon dries, expect a fine day.”

“If the first week in August is unusually warm, the winter will be white and long.”

“Spiderwebs floating at autumn sunset, bring frost that night, on this you may bet.”

“If meadows are green at Christmas, at Easter they will be covered with frost.”

The book is chock full of tips on cooking, gardening, taking care of the house, how to find north without a compass, how to predict a frost using nature and animals. (The wider the black band on a brown wooly caterpillar, the more severe the winter will be.)

The Old Farmer’s Almanac is a classic, and a new, updated version is available each year. There is also a lot of information on their website. You can visit daily for a bit of advice (some is folklore). There are sections for weather, astronomy, gardening, calendars, food and advice. I think I might start checking my local forecast on their Web site and comparing it to the local news station’s forecast. You can get personalized gardening calendars and search their pest reference library.

I also asked my farmer friend if he could share any more folklore sayings he’s heard from the “old-timers” and pioneers of days gone by. Here is what he shared:

“If cows go in, rain will be short lasting. If they stay out, it’s going to rain a while.”

“You can always tell it’s going to rain if the leaves turn under and the flies bite.”

After seeing some folklore sayings come true this year, I’m going to be paying more attention to nature when it comes to gardening and weather. I’m planning to buy some Old Farmer’s Almanac books and teach some of the folklore saying to my children as we see them come true. I already taught them about the June Bugs only coming out if the night was warm enough. I plan to take to heart the advice in Ben Franklin’s Almanac of Wit, Wisdom, and Practical Advice, to “… open your mind to the possibilities that exist to understand the world …” 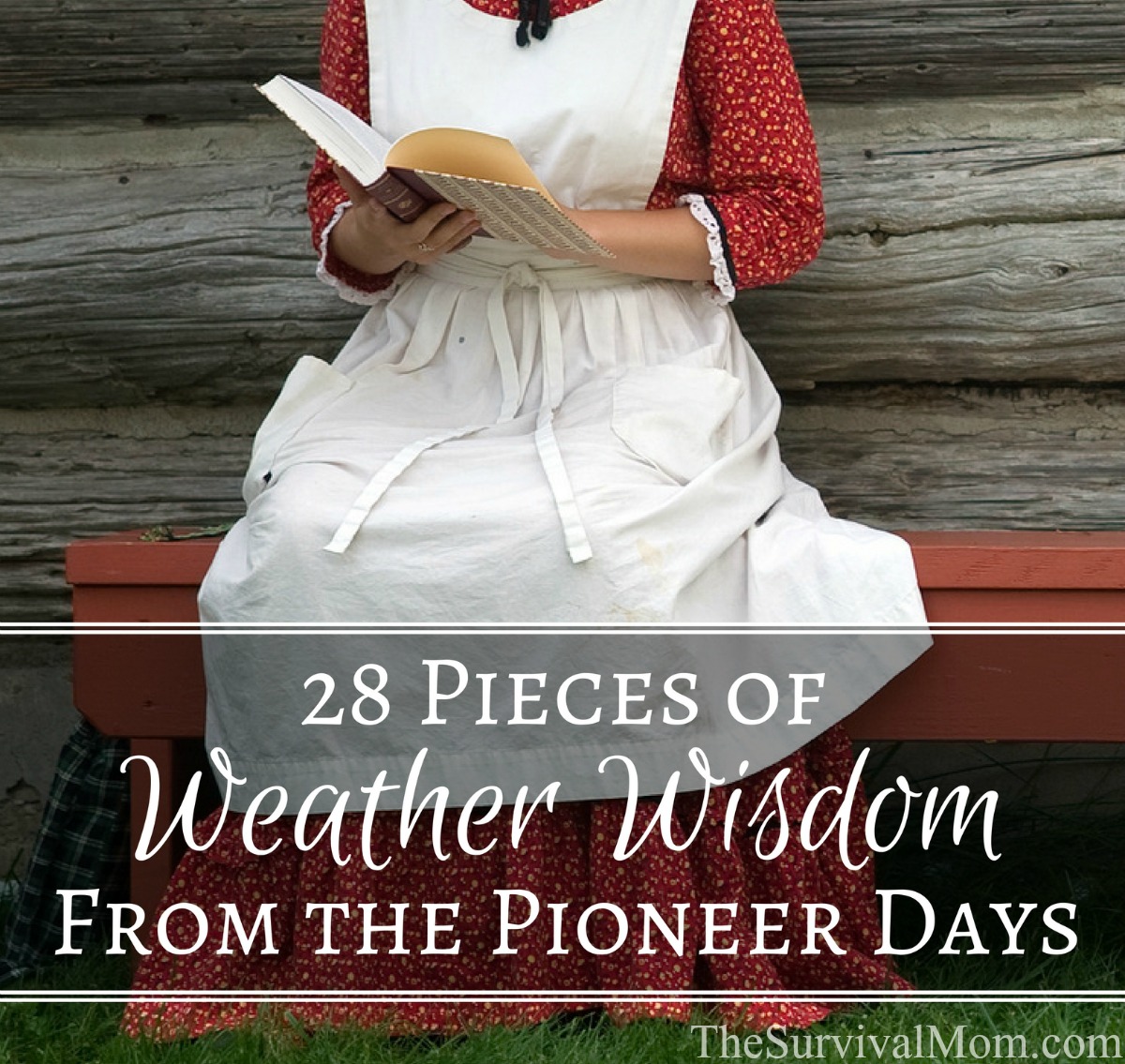