19shares
Some of the links in this post may contain affiliate links for your convenience. As an Amazon associate I earn from qualifying purchases. 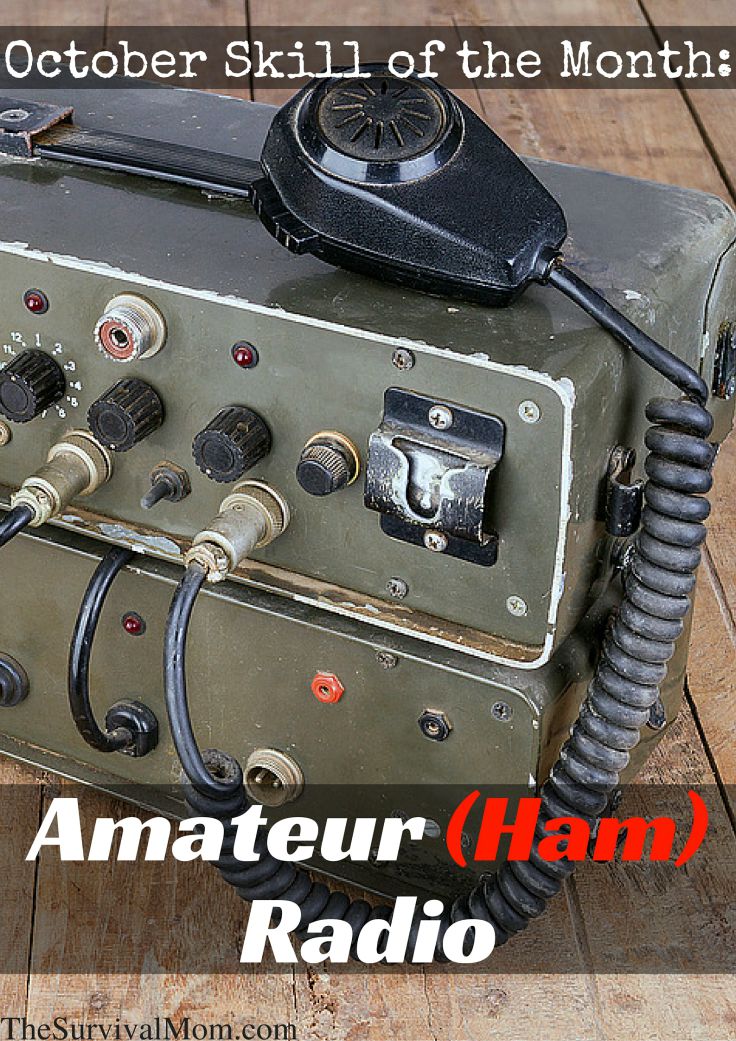 What is Ham radio?

Ham radio is another name for amateur radio. Hams are required to take training and become licensed before they are full-fledged ham operators.

Like many things, it can be difficult to pin an exact start date on when amateur (ham) radio started but it was in the general vicinity of 1910. By 1912, it was a popular enough that Congress approved the Radio Act of 1912 to regulate it. Ham radios were limited to the bandwidth around 200 megahertz.

At the time, amateur radio was believed to be worthless because it only transmitted short distances. The restriction to 200 megahertz was expected to be the death knell for amateur enthusiasts. Instead, the American Radio Relay League (ARRL) was formed in 1914. This and other technological advances (notably the vacuum tube) allowed messages to be sent much longer distances – even to the moon!

How can it be useful?

Amateur radio is an alternative form of communication for entertainment, information, and assistance in disasters. I highly recommend it for preppers, especially for those who work long distances from home. The husband of one friend always has his handheld radio with him whenever he goes on business trips. His wife carries one in her purse, and they are ready to communicate, anywhere, any time.

It’s also a fun family activity, especially as you begin reaching out and meeting people from all over the country, the world, and even outer space! Yes, you can pick up on conversations from the guys and gals on the International Space Station! Some hams take great pride in collecting Q cards, or QSL cards, that confirm conversations and contacts with other hams. Our instructor showed off his collection of Q cards with a big grin on his face, and no wonder. They came from all over the world, including a few obscure islands in the Pacific.

Kids, especially, would get a huge kick out of collecting Q cards, and what a great way for them to learn geography!

During disasters, hams are often the first to be up and running, transmitting vital messages to emergency personnel.

When disaster strikes, ham networks spring into action. The Amateur Radio Emergency Service (ARES) consists of licensed amateurs who have voluntarily registered their qualifications and equipment for communications duty in the public service.

“Ham radio operators to the rescue after Katrina” NBC News

Salvation Army has its own ham radio division to assist in disasters. If you want to do volunteer work, this is a great way to combine service work with a hobby you enjoy.

What are the requirements for a license?

The Federal Communications Commission (FCC) regulates ham radio operators, as the Communications Act of 1934 requires. There are three classes of licenses – General, Technician, and Extra (or Amateur Extra, but usually shortened to simply Extra). Each one has a more involved test than the previous one, requiring more knowledge and skills, and allows those who pass access to a more of the radio spectrum available for ham operators. Licenses are good for ten years.

Generally speaking, prospective hams will take a class, do some reviews and practice tests, then take the exam. Knowledge of Morse Code was previously required for a ham license but is not required now.

When my husband and I decided to become hams, we found a class through the ARRL website. To be honest, a lot of the technical stuff was over my head. My husband had been an electrician, so all the talk of wavelengths, frequencies, and transceivers were already part of his knowledge base. For me, it became a matter of rote memorization to pass the test.

After some diligent study, I passed the test with only 1 error. Much of the test consisted of questions about ham radio protocol and rules, such as:

What is the grace period following the expiration of an amateur license within which the license may be renewed?

Now, I can learn that kind of stuff and retain it. “Where is an RF preamplifier installed?”, not so much.

I encourage you to not be afraid of the test. Taking a class isn’t required, and in my case, I’m not sure it helped much, since I ended up doing most of my studying using the various practice tests and study guides online. I’m more of a hands-on learner, so I needed to get my hands on an actual radio and start monkeying around with it. Sitting around just talking about transmitters and modulation wasn’t of much help to me.

You can download practice tests here, or use the resources on this page. If you have a smart phone, I highly recommend downloading the practice tests and using those to help study. Here’s a link to the Android app and one for the iPhone app.

What do you need to get started?

Not very much. Sign up to take a class to learn the skills. Pass the test and wait to receive your license and call sign. Buy a radio to practice with. Be aware that some cheaper models may have the ability to receive but not send. The transceiver listed below is a good starter model that can both send and receive.

Be sure to check out eBay and Craigslist. When I was writing this article and did a quick check on my local Craigslist, there were numerous listings for amplifiers, receivers, and even a 50 foot antenna tower for just $600.

Probably the cheapest hand held radio out there is the Baofeng, popular among novices, despised by veteran hams! If you want something, anything, to just get started and get a feel for how ham works, this is a good starting place for 60 bucks or so.

What I found is that most all hams are fanatical in their devotion to their hobby. When I was researching my book, Survival Mom, I contacted 2 or 3 gentlemen who proceeded to talk my ear off about everything related to ham radio! I learned a lot and their enthusiasm was contagious.

Even before you take the class or get your license, consider attending a local ham radio meeting or one of their fun events, such as their Hamfest. (ARRL calendar of events can be found here.) You will be most welcome, have your questions answered, and connect with like minded people living near you. It’s highly likely that some will even be survival/prepper minded — double bonus! 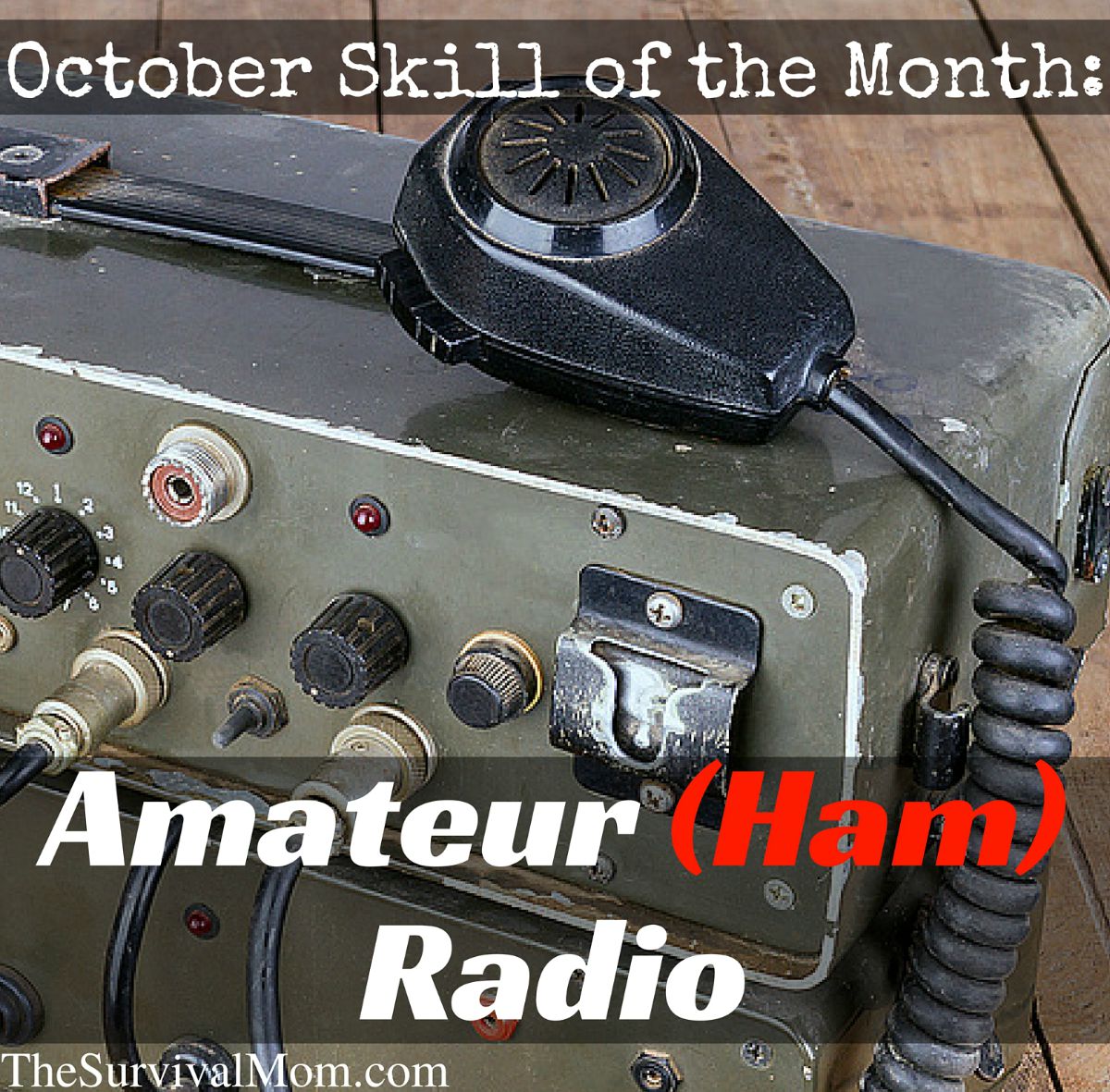