Skip to content
220shares
Some of the links in this post may contain affiliate links for your convenience. As an Amazon associate I earn from qualifying purchases. 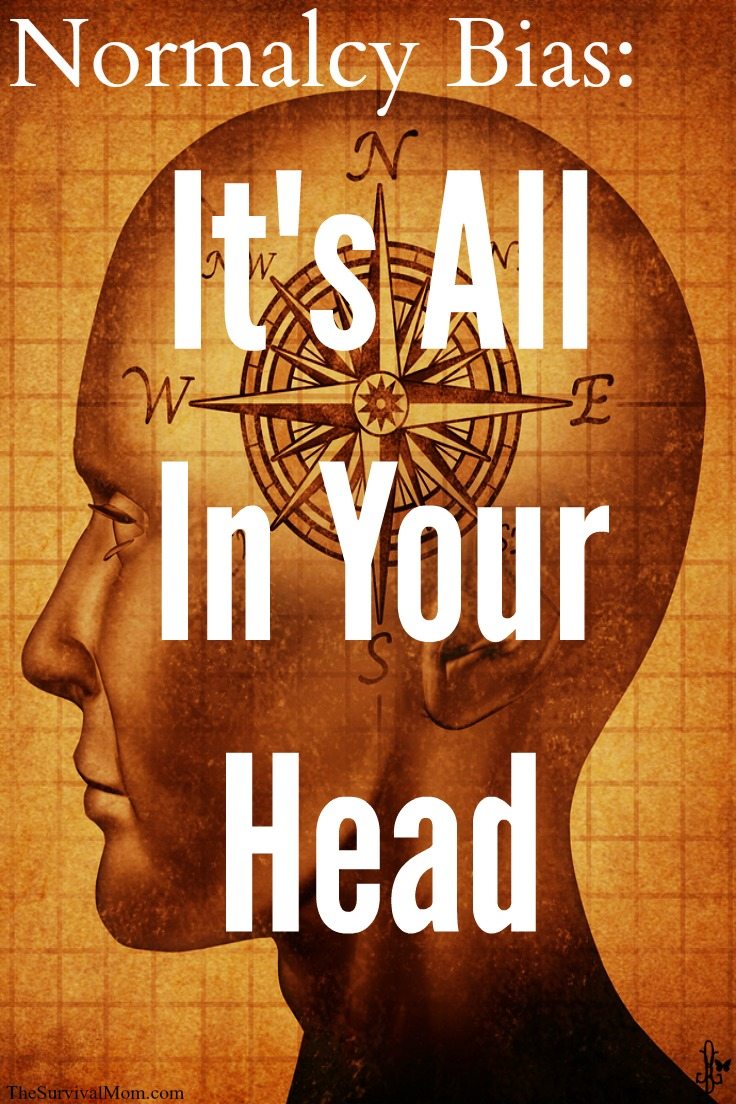 Human bodies don’t normally fly through the air, and I didn’t expect a real life lesson in normalcy bias, but last year that’s exactly what I witnessed while waiting for a red light to turn green.

I was sitting in my Tahoe at an intersection not far from home when I heard the loud rumble of a truck engine. I couldn’t quite believe my eyes when a green pick-up veered around me, raced into the intersection and plowed into a white sedan. While my mind was registering this violent accident, I saw a scarecrow fly through the air. I took a few deep breaths, tried to remember the details of how the accident happened and waited to give my eyewitness account to the police who appeared on the scene within minutes.

My mind re-played the scene, always with that scarecrow flying out of the truck and into the adjacent field. It wasn’t until a half hour later, when I saw EMTs trying to revive a young man did I realize that what I had actually seen was his body at the moment it was ejected from the front seat. Even now, when I remember the accident, I don’t see a human. Instead, the image of a scarecrow is imprinted in my brain because humans don’t fly through the air!

This is an example of Normalcy Bias, a survival mechanism our brains are equipped with that can place us in grave danger when we’re faced with something traumatic. Simply put, it causes our brains to insist that all is okay. Everything will return to normal. For most of us who have never faced true peril, Normalcy Bias tells us that nothing bad will ever happen. “This is America!,” some people insist when I tell them about the possibility of a deeper Depression or hyperinflation. Incredibly, the most obvious warning signs are ignored.

This explains why so many Jews continued living in Germany, even after they were forced to wear identifying yellow stars and discriminatory laws were passed against Jewish people. Life had been so good for so long that, surely, things would get better. Jews who could have easily afforded to move out of the country stayed, and perished.

Oncoming hurricanes and similar disasters elicit similar reactions. We simply expect life to go on as it always has, and our brains are wired to accept that and nothing else. A driver attempts to cross a flooded river. Thousands of New Orleans residents faced with Hurricane Katrina refuse to leave the city, and city officials don’t even make an attempt to evacuate them. One survivor from 9/11 tells of going blind as she saw dozens of human bodies hitting the ground outside the Twin Towers. Our brains can accommodate billions of bits of information each day, but apparently, there are some things too terrible to comprehend.

Those of us who believe in preparedness, whether beginners or veterans, know the frustration of trying to convince loved ones that the future is not at all secure, but the Normalcy Bias isn’t something we can debate. It’s not based on logic or rational thought. It’s the brain, doing its best to help its human owner deal with terrifying events and possibilities, as well as with escalating situations whose logical, final outcomes can’t be accepted.

Here’s another example from the TSA

If you had told me that American citizens would meekly line up to walk through powerful x-ray machines that would strip them bare before low-level TSA employees, I would have said, “Never!” If you had told me that, as an option, they would stand with arms raised while their crotches were groped and would allow their pre-schoolers to be similarly molested, I would have laughed. Yet, that is exactly what happened, and not only do Americans meekly put up with this but they defend it.

The water is heating up and most of the frogs are oblivious.

“Life will get back to normal.”

“There’s nothing wrong with this!”

Each week brings another repressive ruling, and still, most American citizens insist there is no reason for concern.  New legislators will make everything right again. This is just temporary.

Whatever comes next will, again, be excused and accepted. Darn that Normalcy Bias!

Here’s the bottom line. As Survival Moms, we don’t have the luxury of looking at a catastrophe before us and saying over and over again, “I can’t believe this is happening. I can’t believe this.” If our kids can’t rely on us when all hell is breaking loose, then who can they depend on? Law enforcement and first responders are quickly overwhelmed, and your family is hardly at the top of their list. Normalcy Bias can place those we love most in grave danger.

I think a conversation about overcoming Normalcy Bias will be important and valuable in the Comment section following this article, but here are eleven ways we can begin to condition our minds to accept the unacceptable.

Normalcy Bias, although deeply ingrained in the human brain, doesn’t have to control our futures or place us in harm’s way. The first step in being prepared is becoming educated. Knowing about this bias, what it can do, and how it can be controlled will help you become a Survival Mom in every sense of the word! 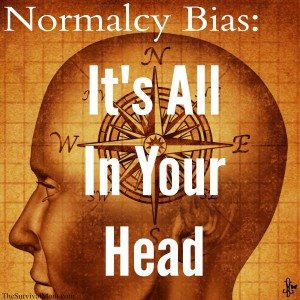 57 thoughts on “Normalcy Bias: It’s All in Your Head”